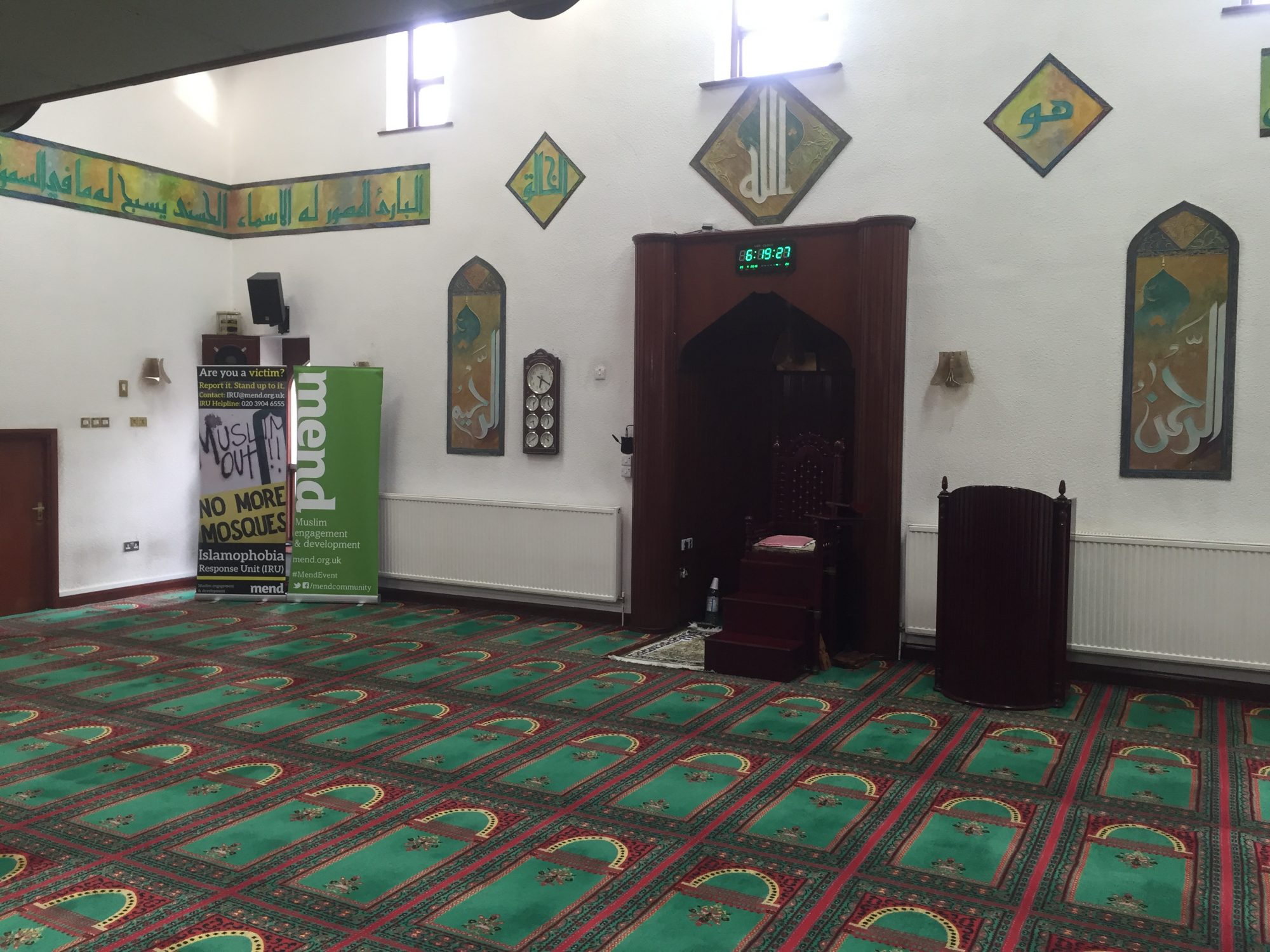 The MEND Midlands team delivered a presentation at Aisha Mosque & Islamic Centre, Walsall, on ‘Challenging Islamophobia,’ looking in particular at the rise of Islamophobia in the Media and how we can be a part of tackling this issue.

At this unique, beautiful, purpose-built masjid, MEND spoke about islamophobia and gave real life examples of Islamophobic attacks in the UK.

An interesting point to note is that, apart from one of the senior volunteers at the mosque and a SUTR volunteer present on the day, the audience were not aware that the mosque experienced a bomb attack. Many of the young audience were surprised at how close Islamophobic terrorism has come to their homes.

It was also noted that Mohamed Saleem, an 82 year old grandfather from Birmingham, was murdered by the same person who planted the bomb at the mosque.

The attendees of the talk then discussed solutions to reduce islamophobia in the society.

The programme ended with samosas kindly given by the mosque.

MEND looks forward to having more collaborative events of this nature with Aisha Mosque & Islamic Centre to come.