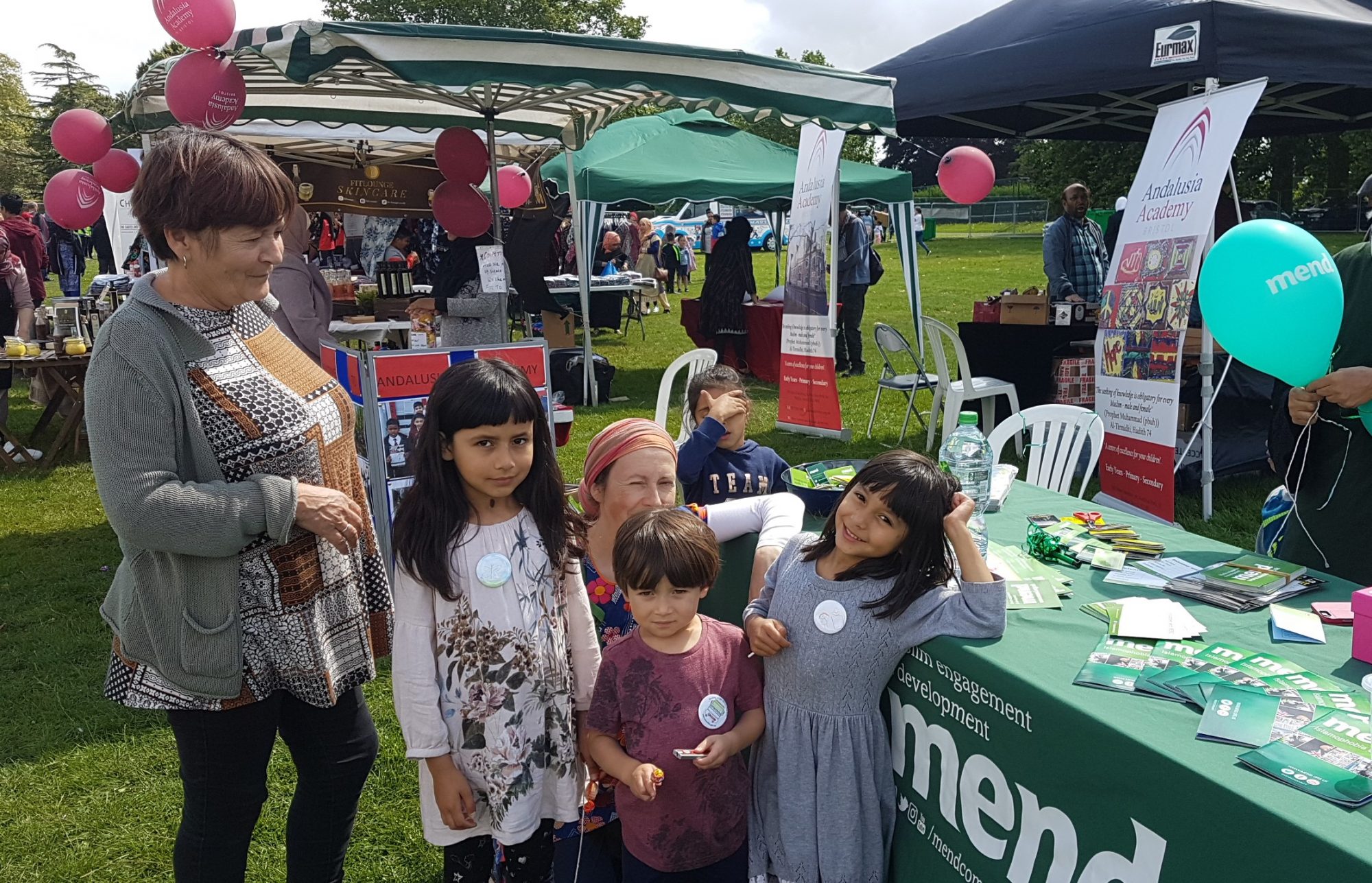 Our MEND Bristol team had a fantastic time at the annual Islamic Cultural Fair (ICF) in Bristol which was held this year on Sunday 18th August in Eastville Park.

MEND decided to participate and collaborate in a number of ways:

The MEND stall was creative by having an Islamophobia Quiz with prizes. Both non-Muslims and Muslims participated and learnt about the work of MEND and the seriousness of Islamophobia in Britain. Alhamdo-lillah, we spoke to many people and had 6 people who filled in the volunteer cards. These were qualified people who were serious to get involved. In sha Allah, they will join the Bristol Working Group and add great value in the future!