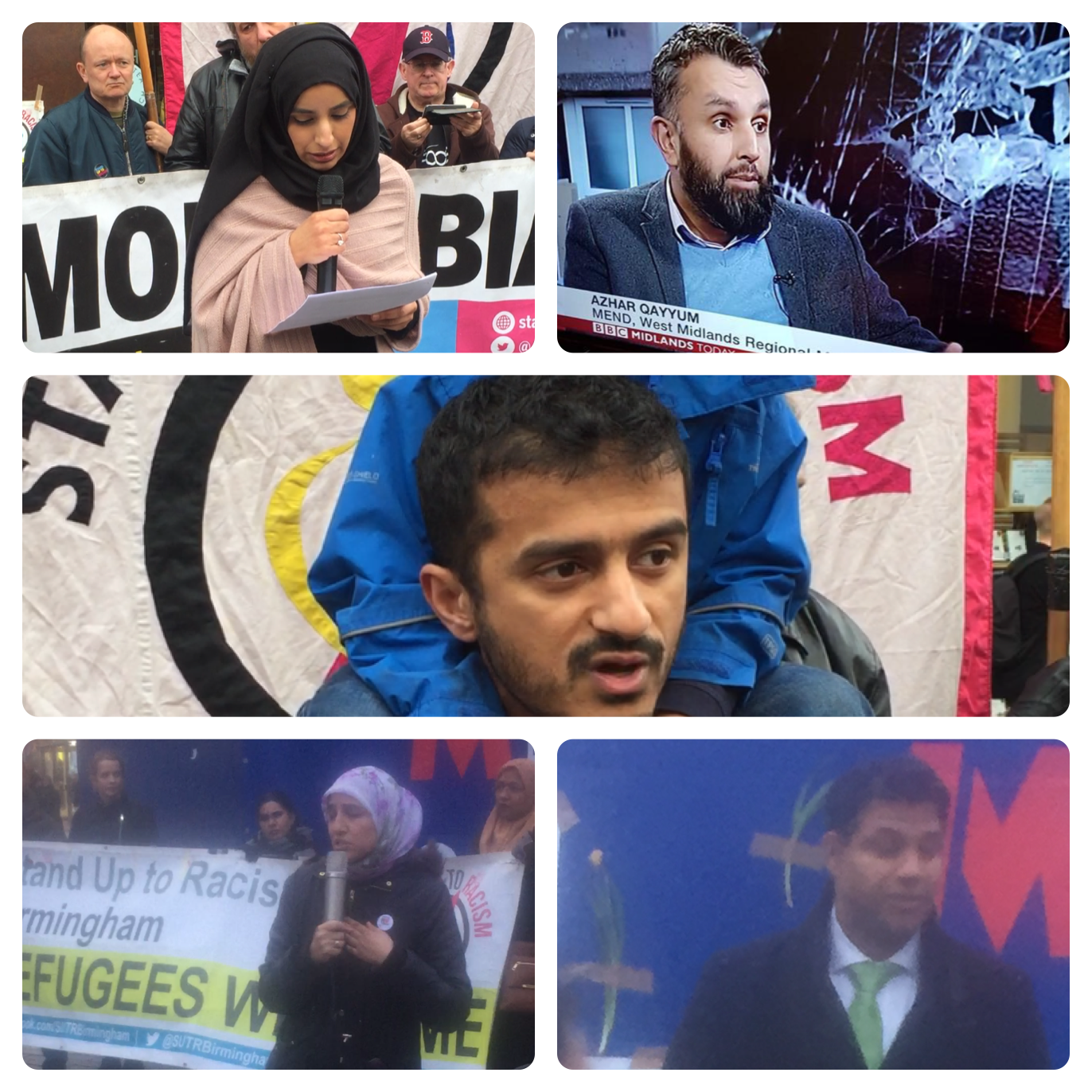 The two largest solidarity events took place in the City centre and were jointly organised with stand up to racism and the Muslim association of Britain.  At these event speakers included Councillor Majid Mahmood, Salma Yaqoob, Nahila Ashraf (SUTR), various Union organisers and Mend speakers. Over 200 people attended the outdoor solidarity vigil with many people leaving moving messages on our message wall.

Mend then proceeded to organise a round table community discussion, jointly with SUTR, at Mend’s in house conference suite in Birmingham.  The packed room hosted many leading figures from local unions and Muslim organisations suggesting ways to tackle the scourge of Islamophobia.

In addition Mend attended a faith/civic leaders vigil at Central Mosque and a Council meeting on community safety following the Birmingham Mosque attacks, which occurred soon after Christchurch.