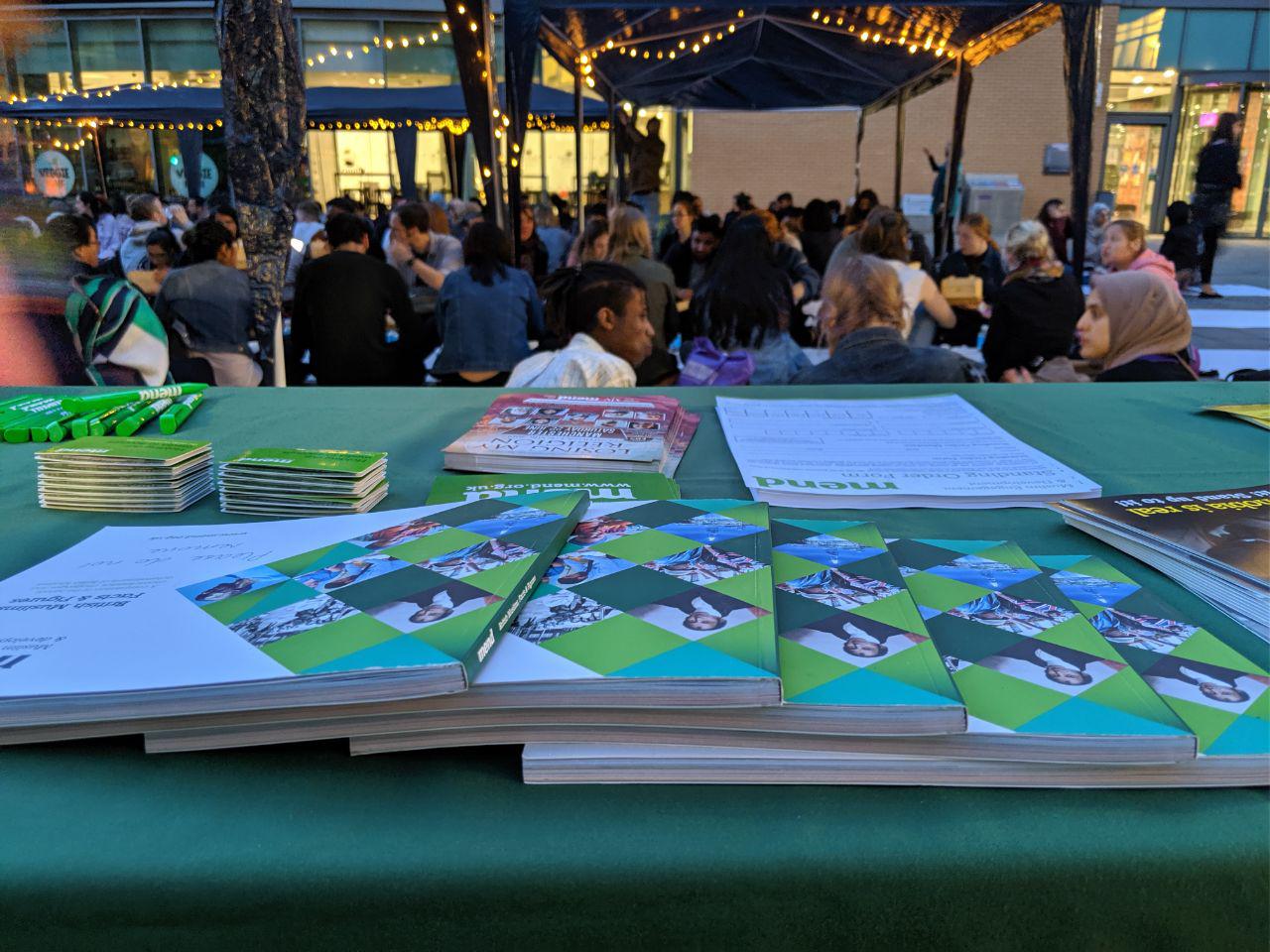 From Wednesday 15th May to Friday 17th May, the University of Manchester campus played host to RTP’s annual Open Iftar. It was an opportunity for Mancunians to gather and experience opening their fast together before digging into some fantastic food. The event attracted people from across the spectrum, both Muslims and non-Muslims alike.

MEND held a stall there for all three iftar dinners in order to introduce people to the organization and to highlight the important work that MEND does to advocate for and educate both the Muslim and wider community on issues relating to Islamophobia. We spoke to countless people, bringing them up to speed about the European elections next week and inviting them to come along to our conference next month (www.lmrc.uk) , which will bring top Muslim speakers from across the world together to speak about the Islamophobia in the UK and how we can be part of the solution.

MEND also had their very own speaker present at RTP, with Aman, a volunteer from the Manchester Working Group, talking about why he had joined MEND and the important work that we do to secure a fair and easier life for Muslims in Britain. He spoke about the core values of MEND and why now is the right time for us to take positive actions.

The feeling of community was undeniable, with many strangers becoming friends by the end of the evening. The MEND team were proud to take part and look forwards to doing all again next year!