On 6th of June 2020, Cardiff witnessed its biggest protest 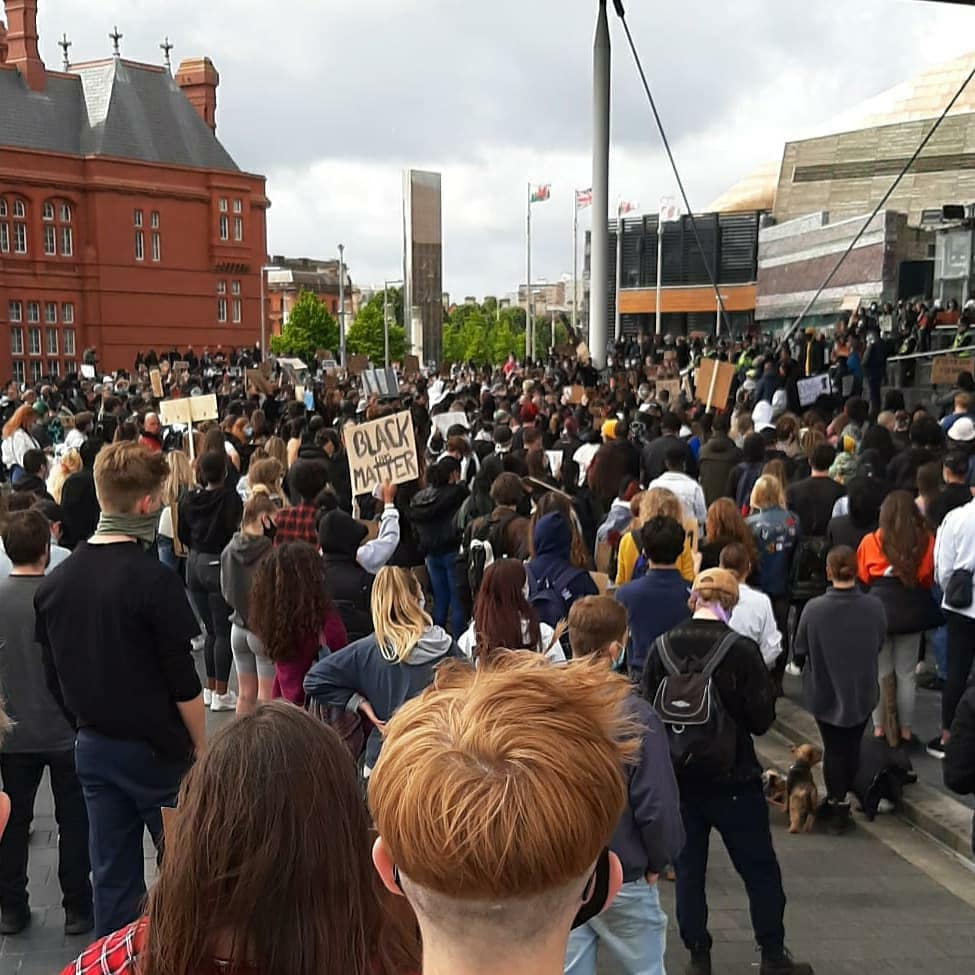 Approximately around 2000 people came out in support of the Black Lives Matter (BLM) movement that is currently highlighting systemic and institutional racism in the UK and the US.

The protest was organised by a group of six ladies, each having had their own unique part to play as the day unfolded. The protest was peaceful, eye-opening, emotional and enraging.

The protesters listened to powerful testimonies that all had in common the underlying bitter theme of racism which is ever-present within Cardiff.

The protest to which MEND volunteers joined, was turned into a march from Bute park to the Senedd at Tiger Bay. Once the protest arrived at its final location many emotional stories were shared. One was about a young Black Muslim girl named Shukri Abdi who was subject to Islamophobic and racist bullying during her time at school, and was laughed at as she drowned in River Irwell, in Bury.

The march ended with everyone taking the knee to show solidarity against the brutal killing of George Floyd by an American police officer.

This protest reignited the fire in Cardiff’s belly to stand up against racism of all forms. It also highlighted the work and involvement of many anti-racist organisations. This one is for the history books, Cardiff.

Islamophobia in the Workplace: Forward Trust

IAM2020: Causes and Cures of Islamophobia Presentation at Aston University