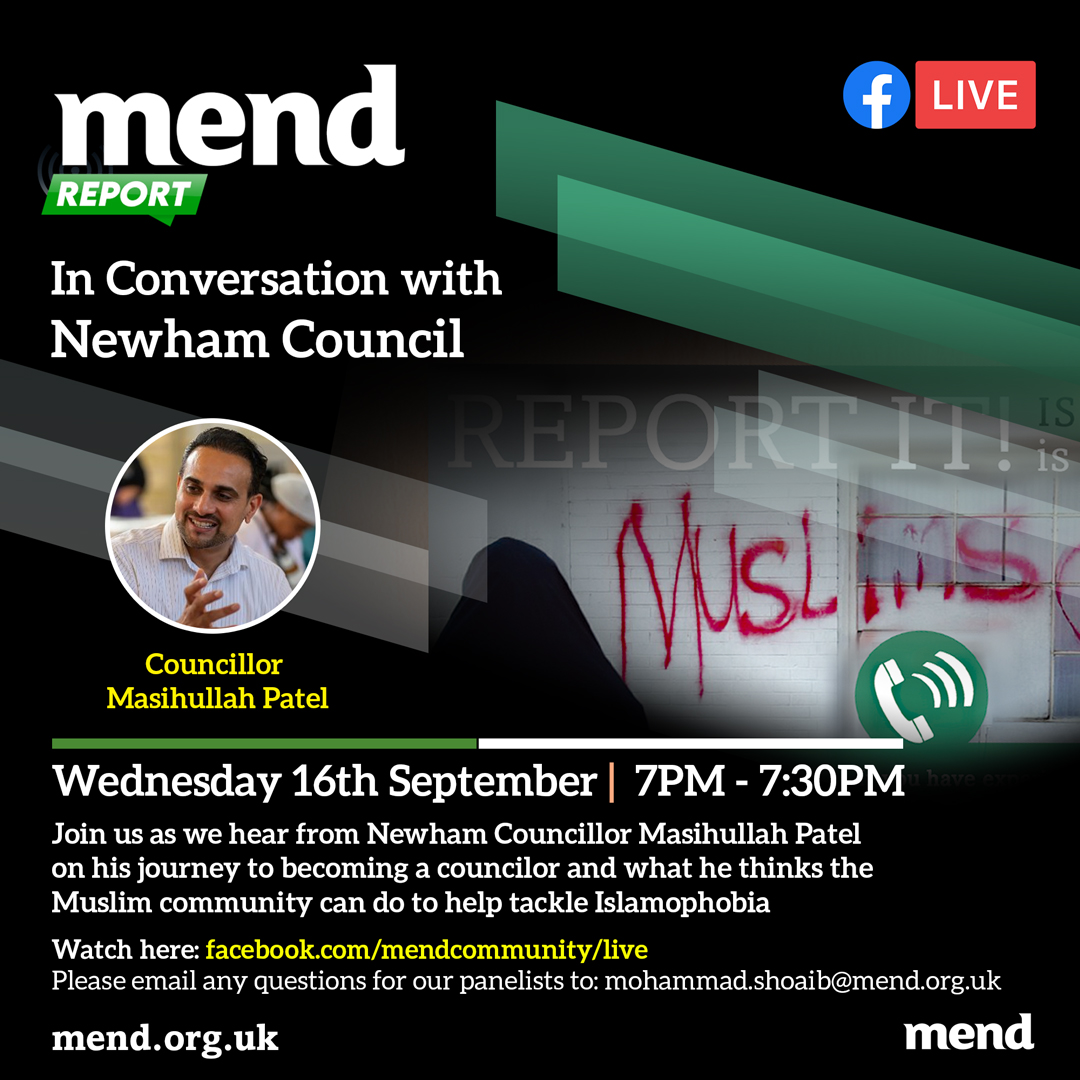 Newham is a densely populated borough in the East End of London which includes some established neighbourhoods like Forest Gate, Plaistow, Manor Park, East Ham and Canning Town. More than four out of ten people in the borough are aged 25 or under and two thirds are from minority ethnic backgrounds and home to very large Muslim population.

Despite regeneration efforts, Newham remains one of the most deprived boroughs in the whole country. The Borough had one of the highest Covid-19 death rates in England and Wales. It was one of two testing grounds for the controversial Track and Trace App before being rolled out across the country.

According to the MET statistics Newham is currently the 5th highest borough in terms of Islamophobia reports. In light of this, and with hate crime week not far away, MEND hosted a webinar inviting the Councillor Mas Patel who is formerly the Council’s commissioner for air quality and climate change.

In our webinar we explore his journey in becoming a councillor. He gives his views on Islamophobia and hate crime in Newham, air quality and climate change and the response of Muslim residents in Newham to the COVID pandemic.

MEND reports London In Conversation with Newham Council was streamed live to the MEND community on Wednesday 16th September.

The webinar can be viewed at https://www.facebook.com/watch/live/?extid=DRTGyCthu0HCTnmY&v=3046036935500142&ref=watch_permalink