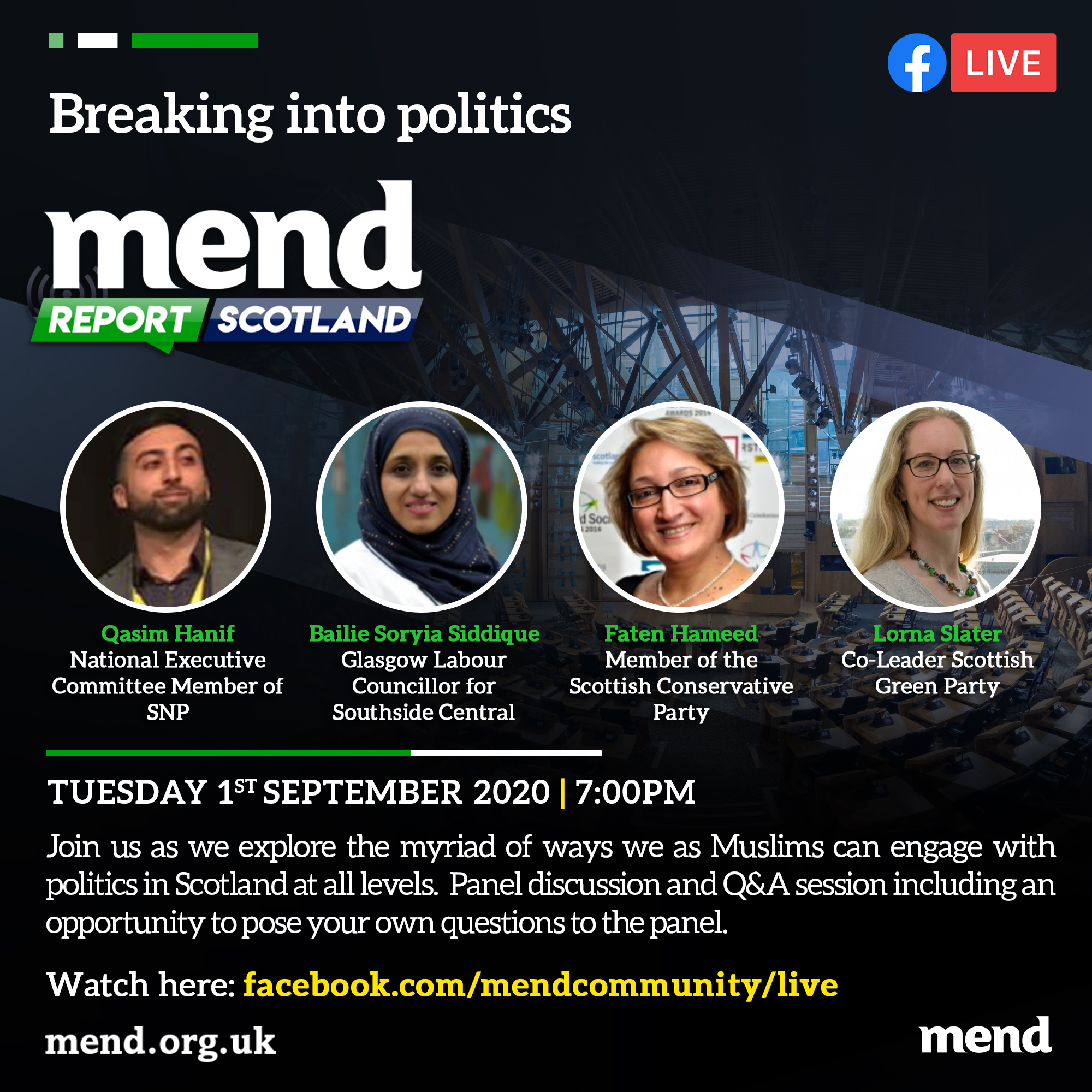 Seeing the gap in the communication chain MEND decided that we had to do something to better support political parties to initiate contact.  So to do this we held a webinar MENDReport Scotland: Breaking in to politics, which was live streamed to the MEND community Facebook page on Tuesday 1st September.

The webinar was hosted by Amjid Bashir and had panellists:

Panellists discussed the need for better representation of Muslims in political parties. They spoke on the importance for individuals to get involved in politics, but at a level they are happy with. Wither that is joining a political party, which can be done with a simple form online for most parties, supporting those standing for election or standing for local or national elections.

The take home message from the event was the importance of all to get involved in politics at all levels.