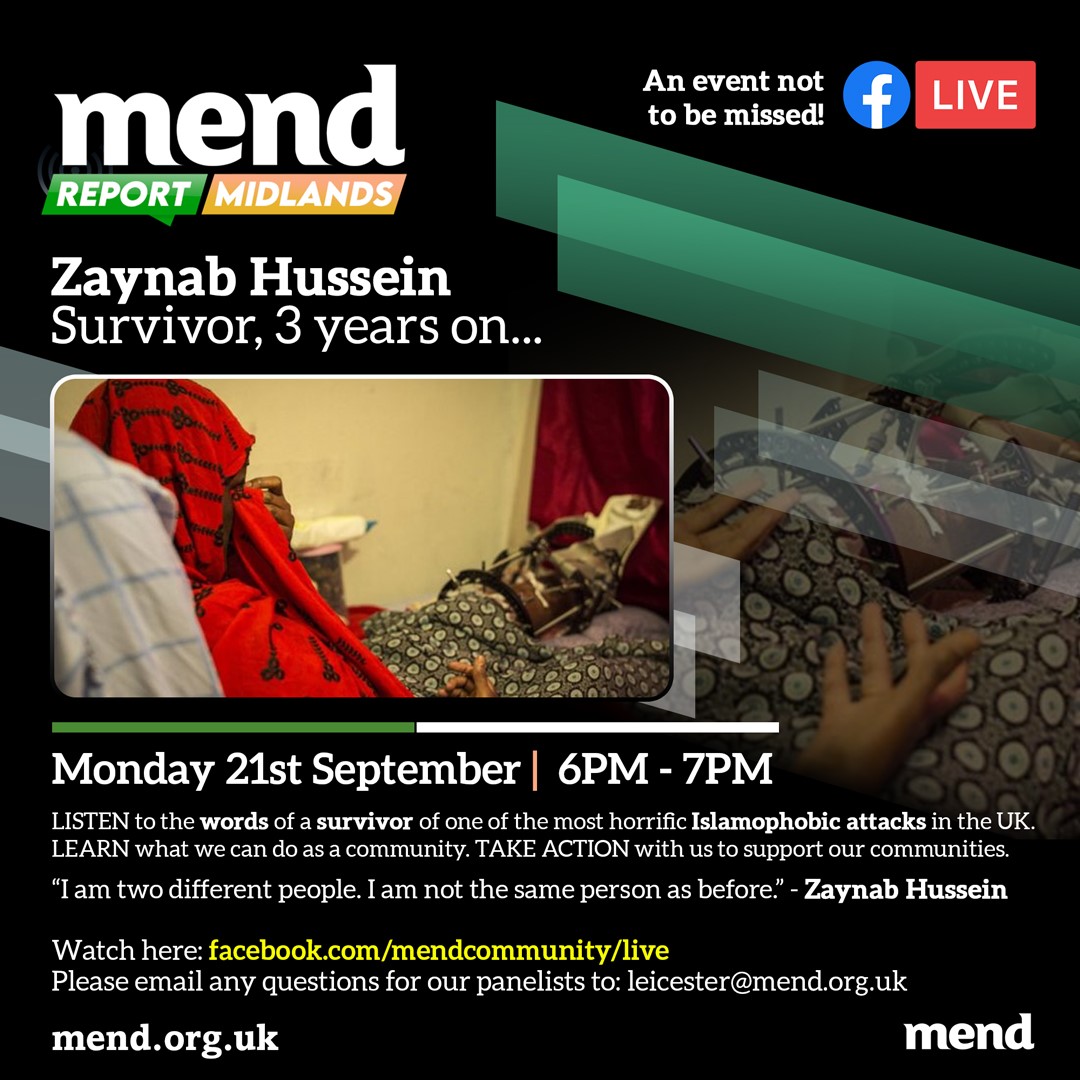 An inspiring, emotional and thought-provoking chat with Zaynab Hussein, a victim of a horrendous Islamophobic hate crime in 2017.

The interview gave us a thoughtful insight into what happens to a victim of hate crime and the impact it has on their whole life.

This is her first full interview and Zaynab wanted to communicate that although the perpetrator had been locked up for attempted murder and was sentenced to life with a minimum of 20 years, the effect of his hate was a lifetime sentence for Zaynab and her family. She expressed concern for our community which has sat still, not wanting to report hate crimes or advocate for equal rights. She felt that leaving the hate to fester only leads to a community divided.

The interview was not only listening to what happens to someone who has suffered a hate crime. It’s about what lessons we can take away.

A crucial part is thinking about if that had been your mum, your daughter, your sister what would you have done.  Anything right…. so, as a bystander, Zaynab advocates that you should help, go towards the person. Ring the police if there is imminent danger, get immediate help.

If there is no immediate danger and its verbal abuse, then sit next to the person who is being abused. Talk to them and support them by literally standing together. Report the crime to the police and to the Islamophobia Response Unit at MEND, understanding that all of us have a part to play.

We need to be aware that we can challenge the authorities even the media and not allow them to perpetuate stereotypes whether against Muslims or other minority groups.

“Don’t wait until someone gets to the point when they decide to run over a mother or a child.”

Talk to your community.

Report the smaller crimes like spitting and pulling the hijab in order that we NEVER get to this point.

If you wish to be a part of the change be part of our MEND community, advocate and make a difference.