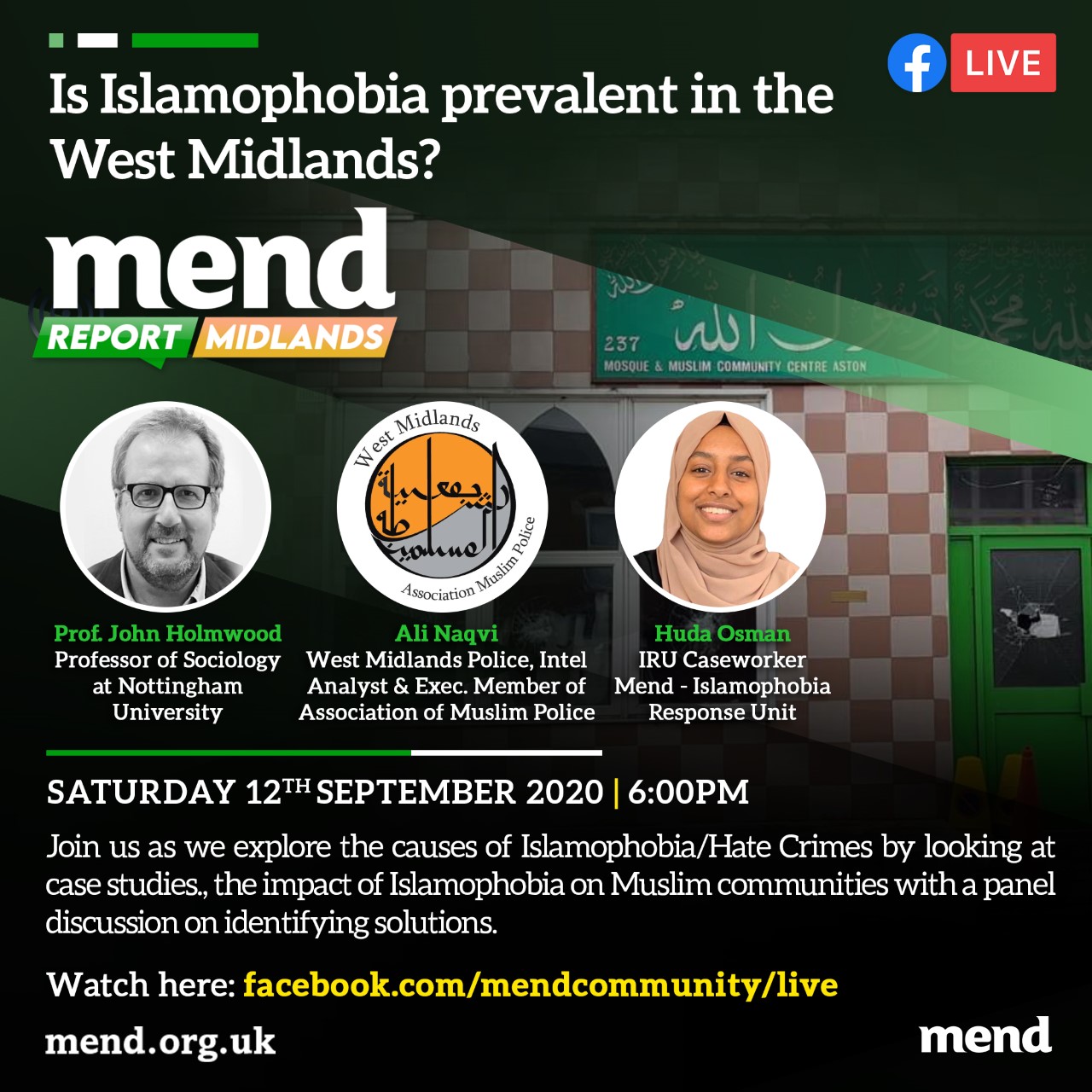 The show explored the Trojan horse Affair, Islamophobic  hate crimes within the West Midlands and the causes of it before concluding on how we as a community can move forward to ensure that the Muslim community feel protected.

The show was hosted by one of MEND’s project support officers, Haniya Aadam, who was joined with 3 guests:

The show started off with Professor John exploring the Trojan Horse Affair case and how the allegations that were made during the case negatively impacted the Muslim Teachers, who were found innocent as they case was dismissed. Not only did they lose their jobs and career but had to deal with the backlash from the media. He highlighted how media bias and negativity played a part in escalating the issue and critiqued legislative guidance in its failure to protect the victims.

On this point, Huda Osman, from MEND’s Islamophobia Response Unit, discussed the importance of reporting and expressed strongly how Islamophobia needs to be recorded properly as a separate category of hate crime in order to better support victims of Islamophobia. She explored with the audience the IRU cases from the West Midlands and touched upon the failure of institutions from acknowledging Islamophobia which also negatively impacts legislation, policy and significant resources that the community may need.

We were then joined by Ali Naqvi from West Midlands Police who shared his personal journey working with the police. He explored the role of the Association of Muslim Police and how they are supporting the force to tackle hate crime. He expressed how police forces in general need a stronger BAME representation to build a stronger relationship with the communities they serve.

To conclude, the event highlighted how the Media negativity towards Muslims encourages those with criminal intent to harass Muslims, either damage property, or worse commit physical attacks. It was noted that institutions need to do more, as they have a significant role in the process to ensure the British Muslim Voices are heard to counteract the Islamophobic rhetoric we see in not only media, but in education and work.