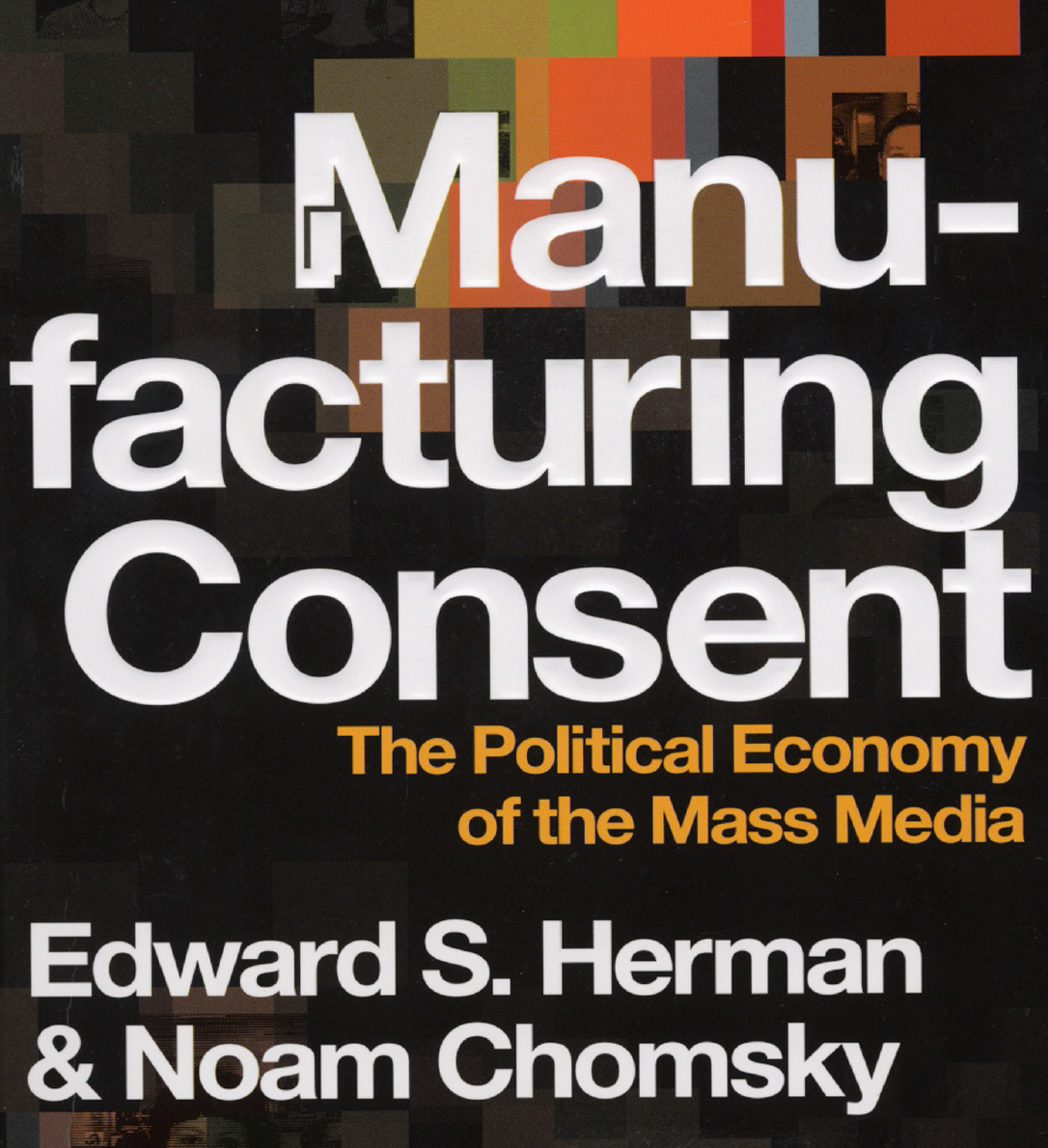 Over the past few months our volunteer and staff book club has been reading through Manufacturing Consent: The Political Economy of the Mass Media by Noam Chomsky and Edward S. Herman. Since it’s publication this text has been hugely influential in understanding the relationship between the state and the media. The book was originally published in 1988, just before the end of the Cold War, and a number of case studies are used to illustrate that the primary function of the mass media is to ‘mobilize support for the special interests that dominate the government and the private sector’.

In this book the authors introduce the reader to the propaganda model of communication and they argue that there are five filters of editorial bias: