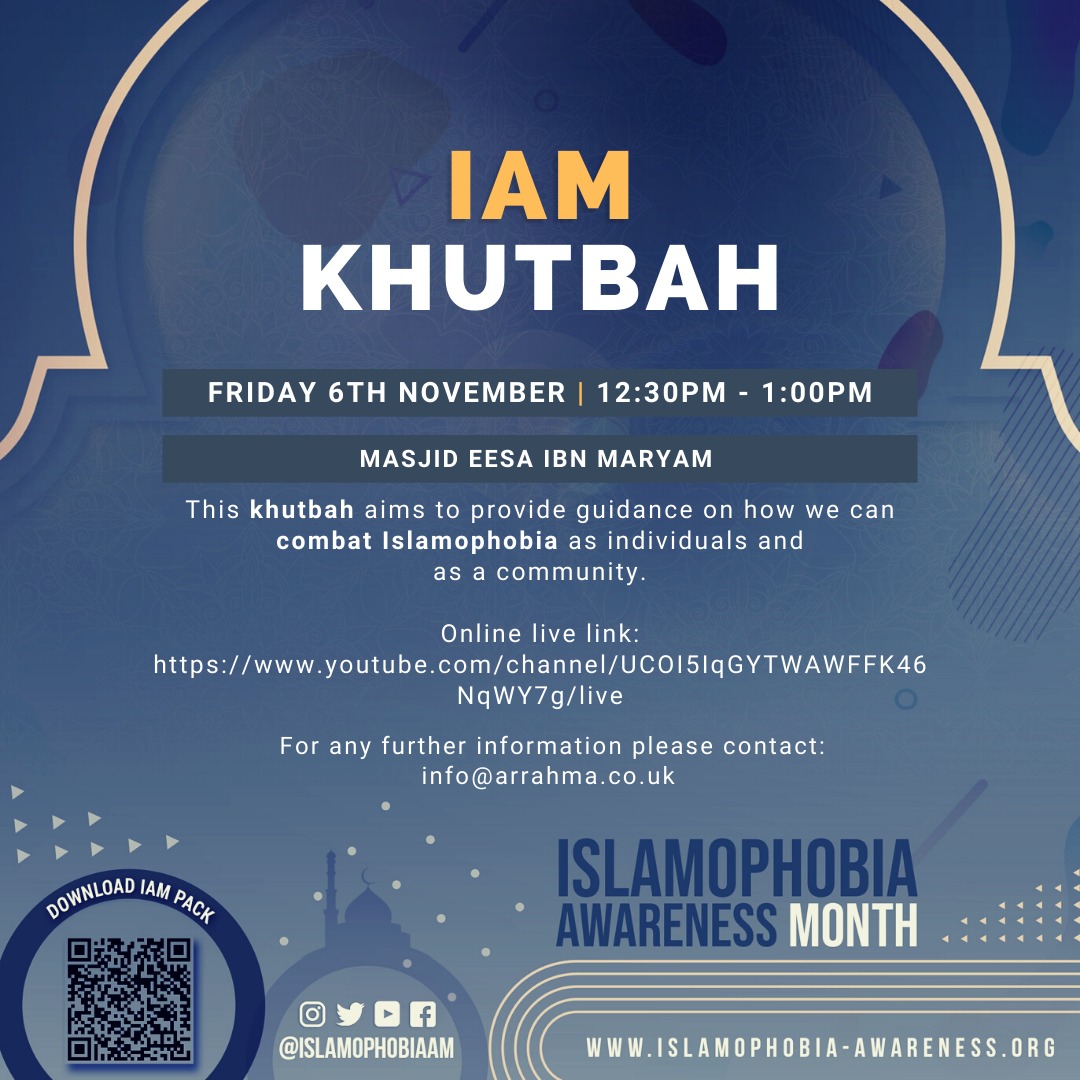 On Friday 6th November a series of sermons were delivered at Jum’ah prayers on the topic of Islamophobia at multiple locations; with Masjid Ibn Maryam being one of them. The sermon was broadcast alongside many others, live on social media, as part of the broader campaign.

Shaykh Riyadh Patel discussed the campaigns aim to tackle Islamaphobia by guiding the Muslim community on ways it is able to combat it in the community as-well as the importance of educating oneself on the causes of Islamophobia.

Discussions like these are important to be held in the community and with peers in an attempt to breakdown the wall of misconceptions that surround the Muslim community.

MEND thanks all the organisations and Masjids that got involved and showed support of the IAM campaign, Jazakallah Khair.