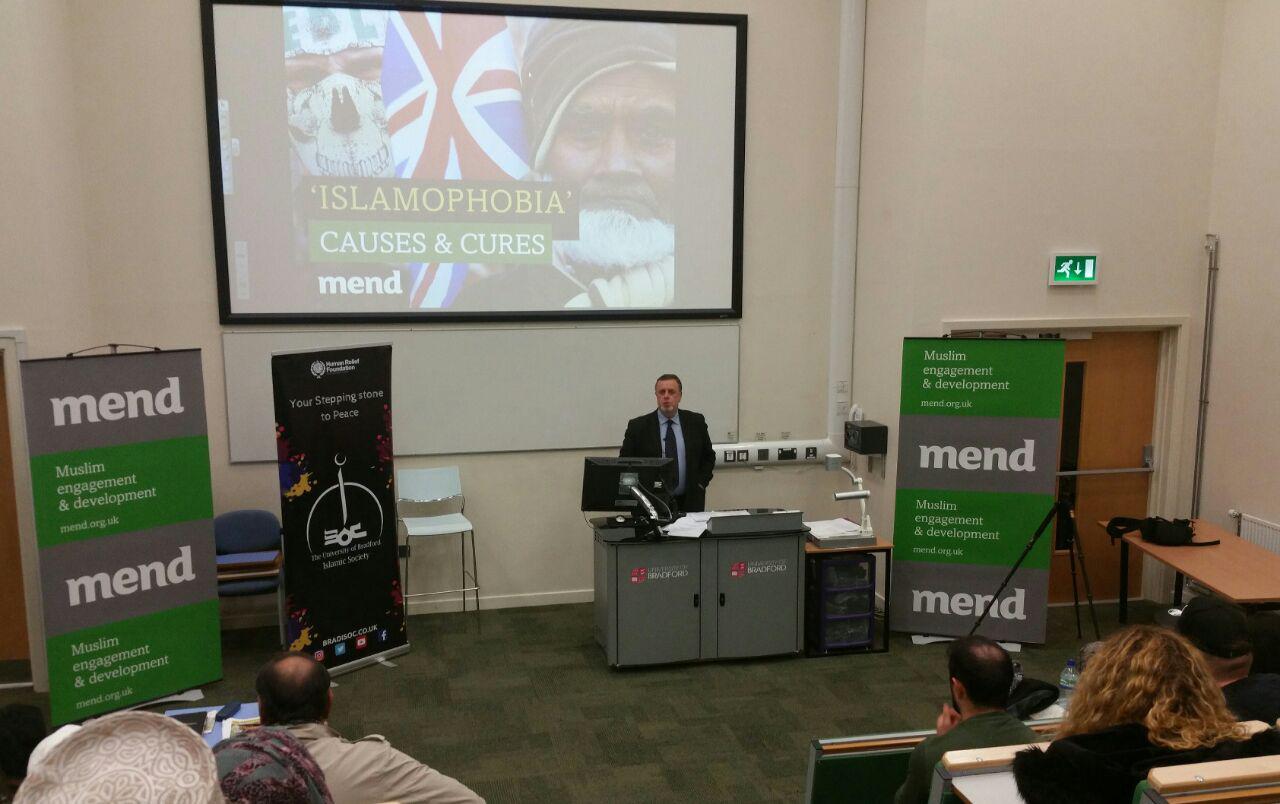 Our Bradford Working Group alongside Bradford University Students Union and Bradford University Islamic Society organised an event titled ‘Islamophobia – Don’t hate what you don’t understand’. We had a stellar line up of speakers and it was an absolute eye-opener for all the attendees. Our speakers included Professor Salman Sayyid from the University of Leeds, an expert on de-colonial thinking and Islamophobia. We were also delighted to host the Police & Crime Commissioner of West Yorkshire Mark Burns-Williamson who firmed up his commitment to tackling Far-Right Extremism and hate-crimes in general. We also had Suhaiyma aka @thebrownhijabi who performed a thought-provoking poem on being a Muslim in Britain and further elaborated her thoughts on how seeing Muslims through the lens of security is Islamophobic.

The event also hosted a local Imam, Mufti Abdulwaheed who highlighted how Prophet Muhammad (pbuh) dealt with Islamophobia during his time, and also stated how Muslims are not here to take over England or to establish the sharia, but illustrated how Muslims are here to actually be good citizens. Maria Battul, the Womens and Equality Officer for Bradford University Union shared a powerful personal account of how she became a victim of hate and prejudice when she trialled wearing the niqab (head and face cover). She faced a torrent of negativity which left her emotionally vulnerable. She further highlighted, despite the attention, that veiled women are actually amongst the most active citizens in this country.

The event also included an introduction by the president of the Islamic Society, and a keynote presentation by the Regional Manager of MEND. The event was well attended and people were engaged throughout.