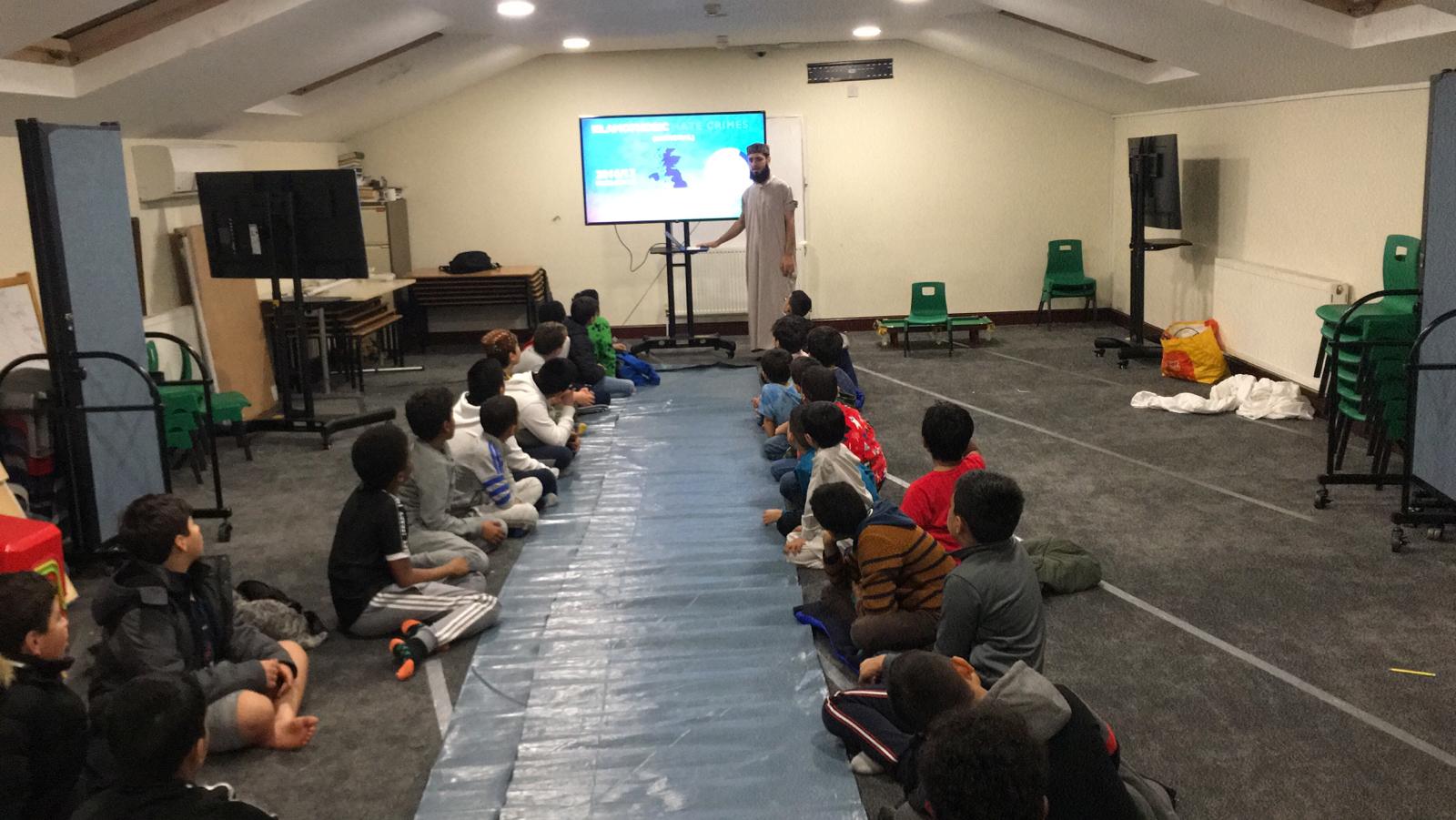 It has been reported that young people have been facing bullying and Islamophobia, childline has reported a 69% rise in faith based bullying.

Given that young people are often the forefront of becoming victims of Islamophobia MEND have organised events with two London based youth organisations, Acton Mosque Youth Club and The Friday Dars.

At Acton Mosque Youth Club one of our young volunteers delivered a powerful presentation on how Muslim children and build a confident Islamic identity whilst being British emphasising there is no clash between the two.

At The Friday Dars our London regional manager delivered a presentation on the Causes and Cures of Islamophobia giving the children a clear pathway on how to tackle this issue as they take on more responsibility in their lives.

In both sessions prizes were handed out to the youth who were most engaged with the sessions.