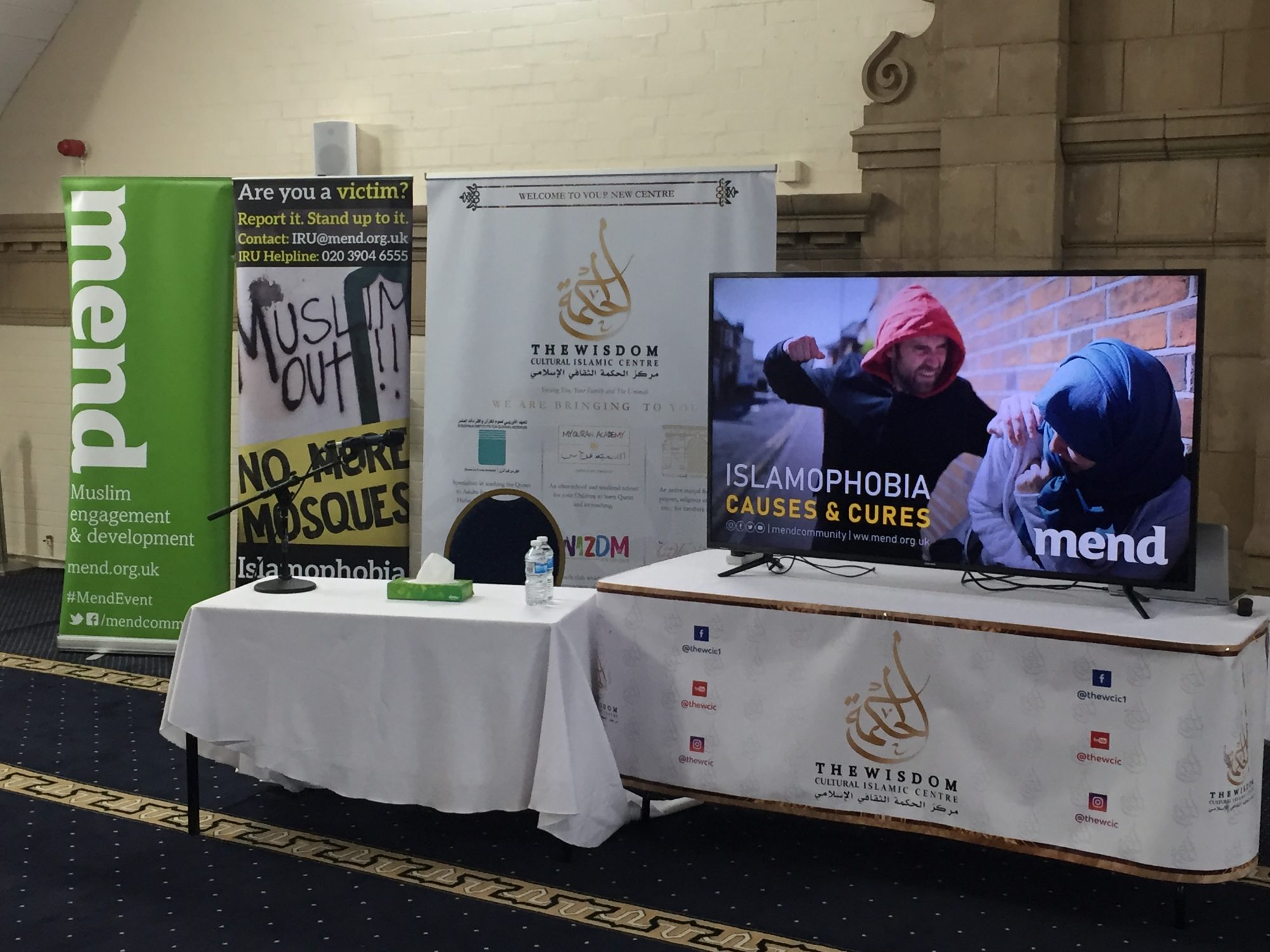 The MEND Midlands team were kindly invited to deliver their main presentation on challenging islamophobia at the Wisdom Cultural Islamic Centre.

The centre is one of Nechells’ premier Islamic centres.

After the evening prayers MEND spoke to the congregation about islamophobia, defining it, looking at its causes and looking for cures for this illness in society.

As well as giving statistics showing a 400% rise in Islamophobia since 2011, Mend gave examples of Islamophobic hate crime. The two most prominent local examples were of the murder of Mohammed Saleem in Birmingham and the attempted murder of Zainab Hussain in Leicester.

There was a long discussion about the importance of more involvement in politics and media by the Muslim community.

Hopefully there will be further collaboration in the near future between The Wisdom Cultural Islamic Centre and Mend in the Midlands.