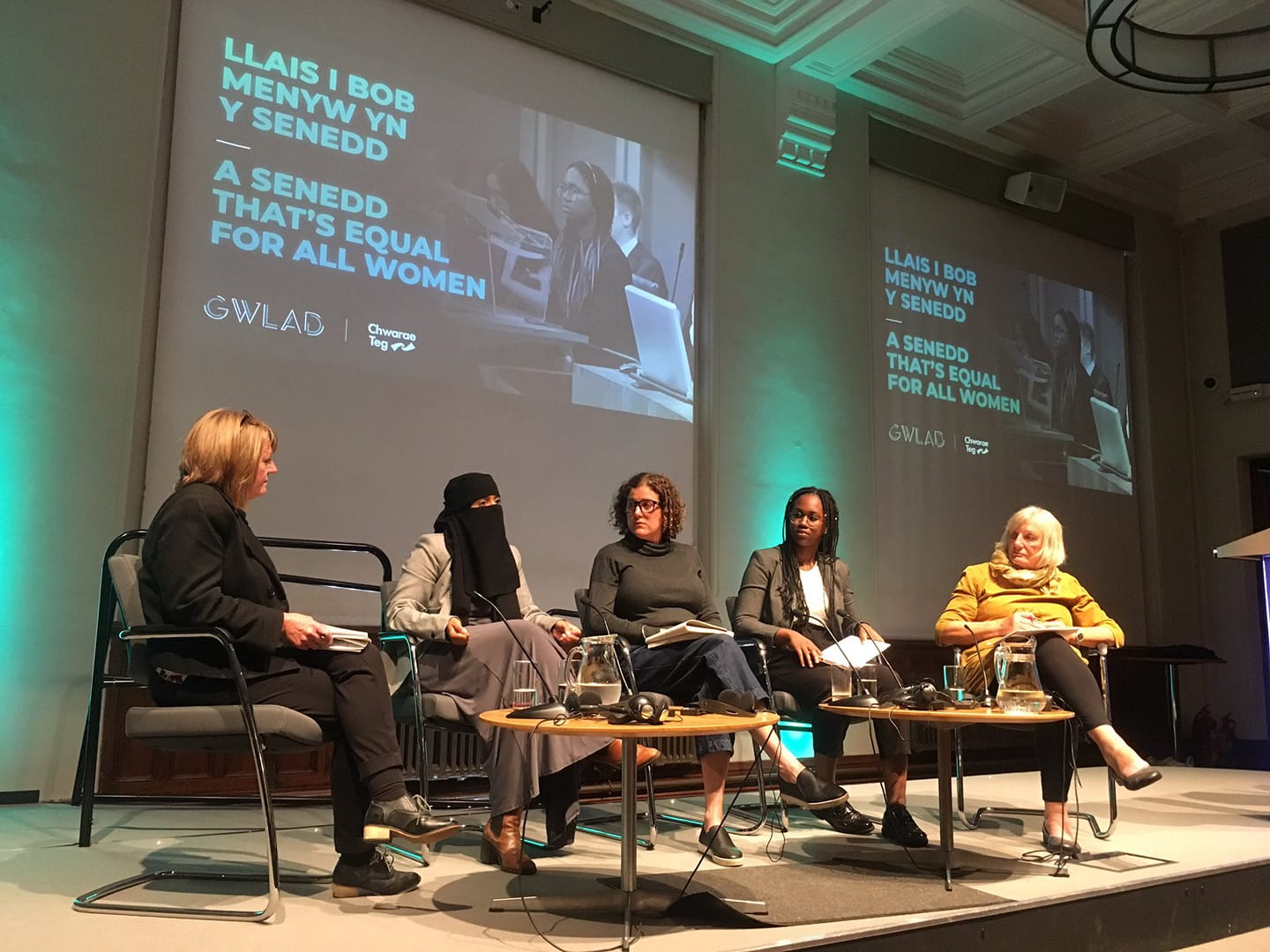 MEND regional manager Sahar Al-Faifi, participated at a panel organised by the Welsh Assembly, celebrating Gwlad: 20 years since the devolution and discussing whether the Senedd is equal for all women. Joined the panel the first women AMs who played a big role in establishing the Senedd and making it a gender balanced; Jocelyn Davies (Plaid Cymru AM for South Wales East from 1999 – 2016), Sue Essex (Labour AM for Cardiff North from 1999 – 2007), Cerys Furlong CEO of Chwarae Teg women inspire and Angel Ezeadum, a member of the Welsh youth parliament. Unlike Westminster, the Senedd made waves worldwide as the first legislature to achieve 50:50 gender balance in 2003.