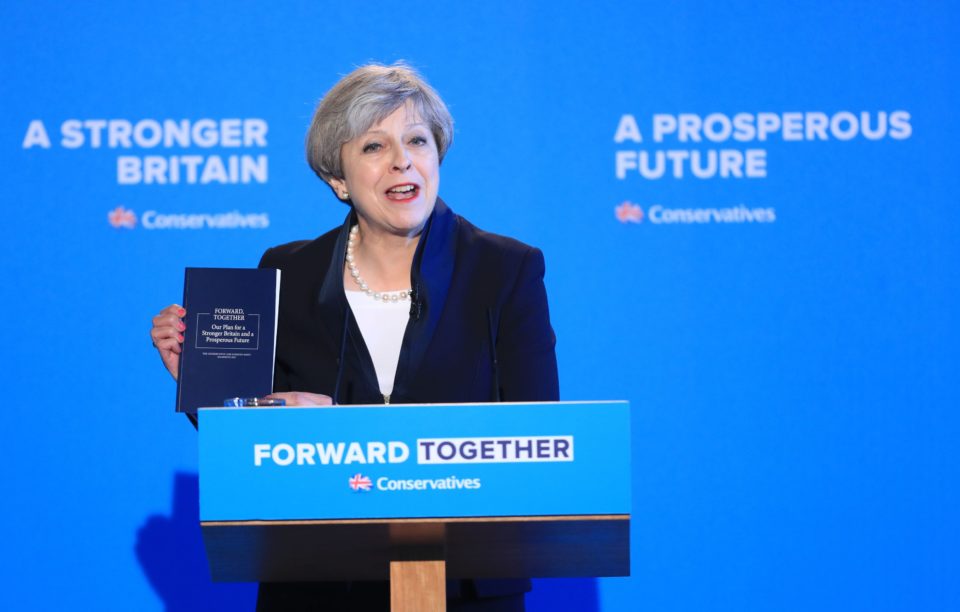 The Conservative Party manifesto for the 2017 General Election has stated that it wishes to “crush the menace of extremism.” However, the government has yet to provide a legal definition of the term. Launched on 18 May in Halifax, the document said that the Conservatives will “support the public sector and civil society in identifying extremists, countering their messages and promoting pluralistic, British values” – yet Home Secretary Amber Rudd admitted in a letter to the parliamentary Joint Committee on Human Rights from 27 February that no fixed definition of ‘extremism’ exists. She also admitted that security concerns needed to be balanced with free speech.

David Cameron’s widely-criticised Prevent agenda was also absent from the party’s manifesto. While this may be reassuring to human rights advocates, the manifesto was also criticised for only mentioning Islamic extremism, with no reference to far-right extremism – an omission that was pointed out by the think-tank Demos.

Groups such as Students not Suspects also described the document as “racist and Islamophobic,” with campaigner Samayya Afzal asking “how does the government expect to fight extremism if it has no idea what it is?”