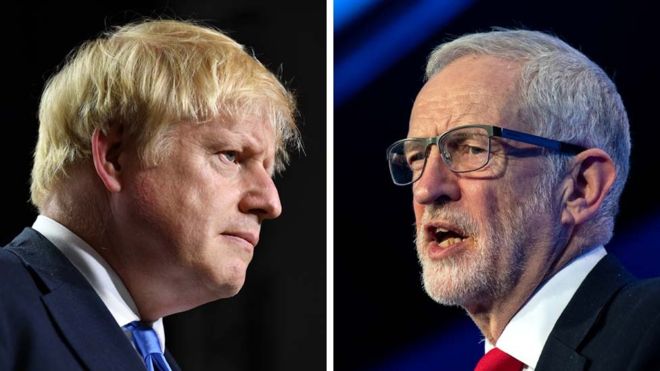 The first leaders’ election debate, between Conservatives’ Boris Johnson and Labour’s Jeremy Corbyn, was watched by 6.7 million viewers; more than 10% of the British population and a third of the British TV audience. With less than a month until the General Election, the debate provided the perfect opportunity to hold both leaders to account on a range of key issues. One issue that needed to be addressed was the Conservative Party’s response to Islamophobia that seems to have gripped the party.

However, neither the audience nor the moderator of the debate addressed this issue, at times valuable time to hold Mr Johnson to account was instead used to ask questions of little or no significance – “What would you gift each other for Christmas this year?” Sticking vehemently to the party message, Boris Johnson found a way to tie the answer back to his Brexit policy.

The need for a question on the issue of Islamophobia in the Conservative party is justified by the fact that, in the last few weeks, alone:

This is in following a poll conducted by YouGov that found that 40% of Conservative Party members want to limit the number of Muslims entering the country compared to just 5% who want to see the number of Christians or Jewish people entering the country. While 39% agreed that “Islamist terrorists reflect a widespread hostility to Britain amongst the Muslim community”.

This exposes two issues; the first being the media attention being given to anti-Muslim sentiments in the Conservative Party, and the second being the need for the active political engagement of minority communities.

The Twitter account that published the dossier exposing 25 current and ex-Conservative councillors, @matesjacob, an anonymous investigative account, points out that “the scale of the problem – which would become immediately apparent to a genuinely independent inquiry – is so bad that it’s preferable to get the bad coverage for ducking the issue [than getting] worse coverage that would result if the truth came out.”

It is essential that visibility is given to the level and character of the Islamophobia embodied by the Conservative Party. In the coming days, MEND will be releasing a report highlighting over 120 instances of Islamophobia committed by Conservative MPs, councillors, and party candidates. We hope that this report will demonstrate to the Equalities and Human Rights Commission the urgent need to use its statutory enforcement powers to initiate an immediate independent inquiry into Islamophobia within the Conservative Party. With media as such an important democratic pillar in holding leaders to account, it is vital that media outlets use this power to ensure that any potential findings of an EHRC investigation are given their due attention should our request be successful.

Secondly, the questions posed by the audiences at debates are reflective of the interests of its members. Therefore, while it may be disappointing that the audience failed to address Islamophobia in the Conservative Party, this is signal to minority communities of the need to be involved. For the question to be asked, it is the prerogative of those affected to make their voice heard.

MEND is dedicated to empowering British Muslims to be actively engaged in politics and media. Ahead of the election, we have been diligently running our Get Out And Vote (GOAV) campaign in an effort to ensure that those who are eligible to vote are both registered, and have the necessary information to make informed choices concerning which parties and candidates best represent their interests.

To attend our hustings and other GOAV events to have your voice heard, find out how to get involved here.