Home » News » There should be zero tolerance to hate crime and Islamophobia, says Croydon Council Leader

There should be zero tolerance to hate crime and Islamophobia, says Croydon Council Leader 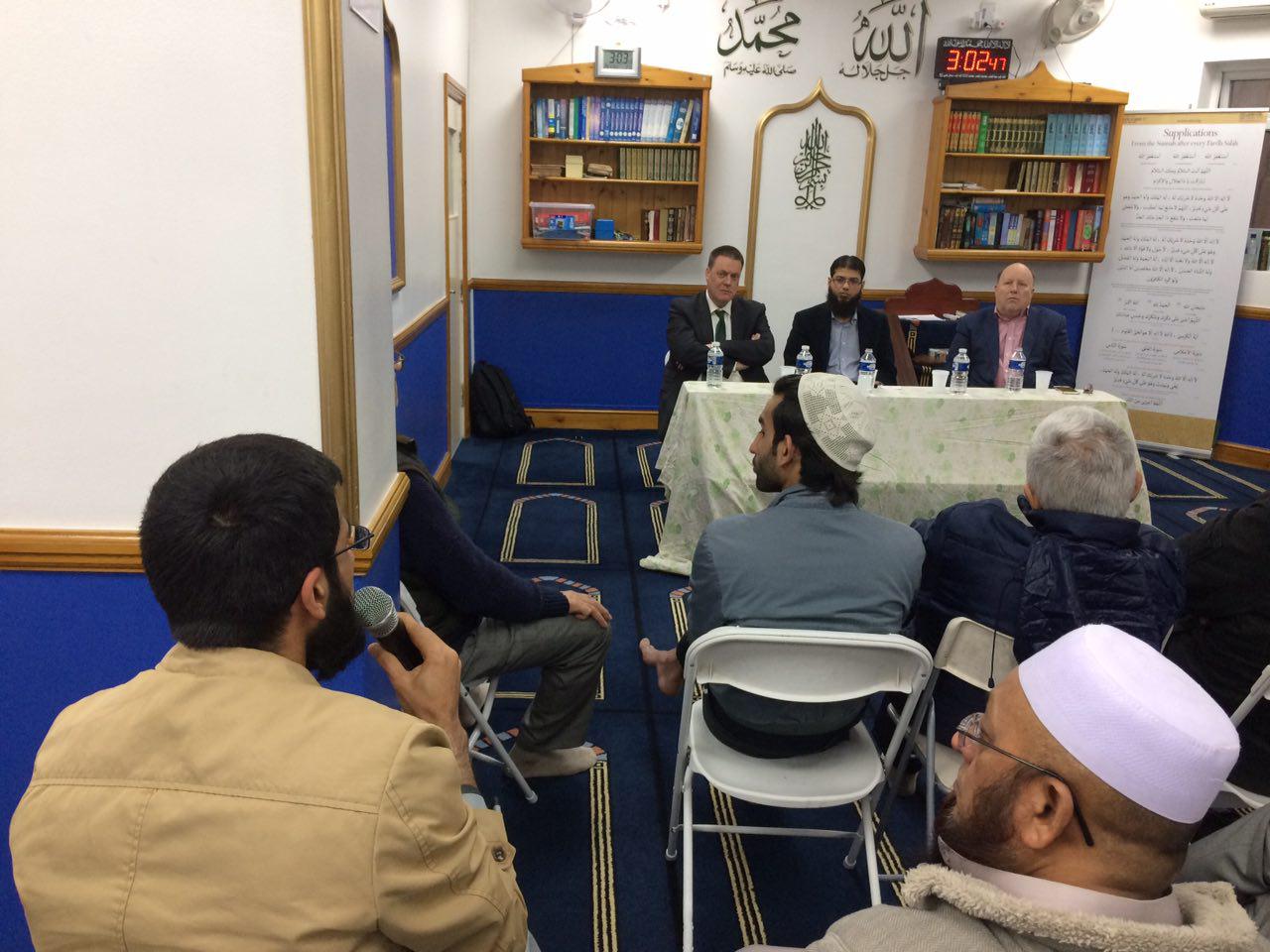 Ahead of the local elections taking place on the 3rd of May our Croydon working group wanted to ensure their Muslim community were well informed of as to who to vote for.

The team held a meeting last week in a local mosque to strategise and organise how they will be able to hold a meeting between the Council Leaders running for election and the Muslim community in Croydon who have not yet had a proper engagement with them.

MEND’s Croydon working group were able to get in contact with Council Leader Tony Newman of the Labour party and the opposition Tim Pollard who both agreed to sit on a panel in front of the Muslim community. The first event took place at Purley Mosque on the 26th April where Steve O’Connell stood in place of Tim Pollard who could not make it that evening. The second was held at Norbury Islamic Academy on the 29th of April where both leaders were present.

“A zero tolerance on hate crime and Islamophobia, anything other than this is not acceptable” – Croydon Council Leader Tony Newman

Both events gave the Croydon Muslim community a chance to see who are the people representing them in the council, to hear what their views are on a number of issues and a chance to respond and ask them their own questions. Issues that were discussed ranged from unemployment, Islamophobia, crime, housing, support for mosques and continued engagement with the Muslim community.