Home » News » Daily Mail and the Propagation of Hate

Daily Mail and the Propagation of Hate 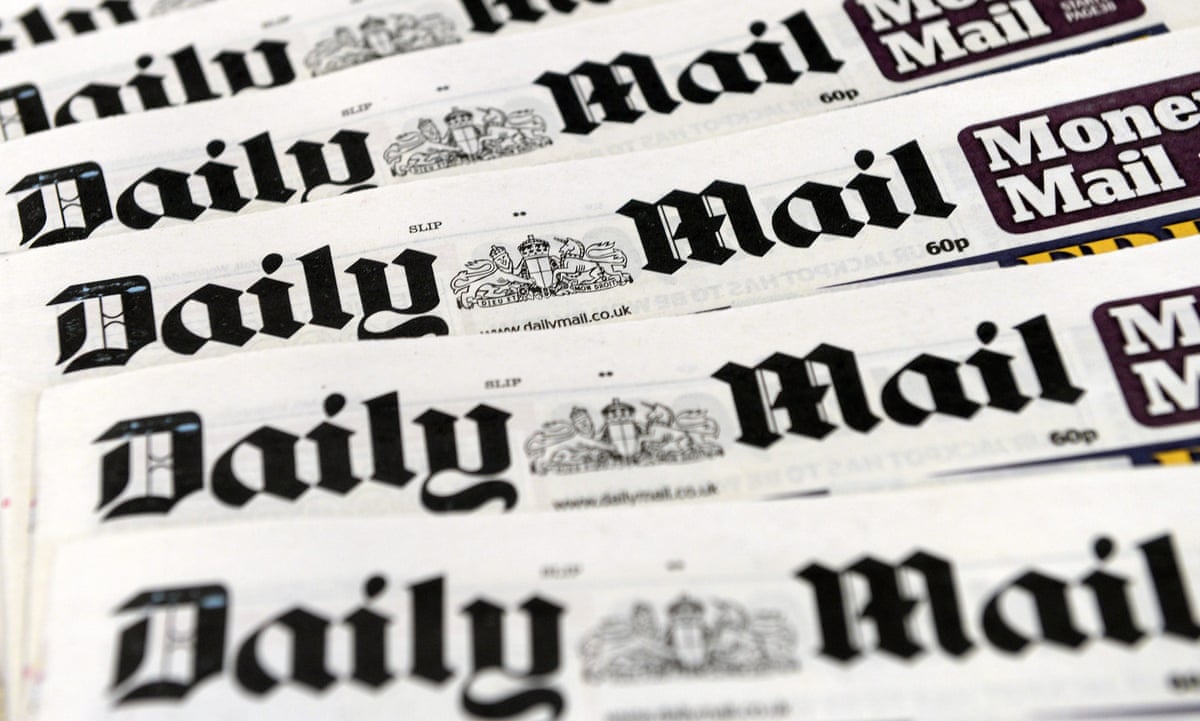 From supporting Hitler and Mussolini, to calling non-White British Olympians “plastic Brits”, to likening migrants to rats and other pests, the Daily Mail has a rich and enduring legacy of stoking xenophobic, racist and Islamophobic sentiment. Spouting such overt prejudice over the decades has allowed the Mail to cultivate its persona as a mainstream haven for far-right agitators. Taking the example of a recent article published in the Daily Mail discussing the death of a migrant in the English Channel, the comment section of the website and their social media page were quickly filled with racist rhetoric celebrating the death. Yet despite websites of a number of mainstream newspapers, including the Daily Mail, acting as a haven for online prejudice, the online harms strategy being proposed by the Government appears to disregard them from any regulatory measures. An interesting situation in which the online activity of an average user is more likely to be regulated than that of the largest online newspaper platform. Indeed, newspaper websites, such as that of the Daily Mail, receive millions of visitors every day. As such, an abusive post on Facebook may accrue thousands of views, but it is unlikely to receive the same online public visibility as posts by major online newspapers. As of 1st April 2020, the Daily Mail’s website is the 12th most viewed website in the UK, averaging over 365million visits per day, with each visitor viewing almost ten pages, and over 15% of traffic being directed from social media platforms.

The Online Harms Proposal, originally set out in a white paper in 2019, was the Government’s attempt to regulate cyberspace and make the UK “the safest place in the world to go online”. While the proposal offered several positive developments, the remit of the White Paper is limited to User Generated Content (UGC). As such, newspapers (which are not UGCs) are being considered to be outside the remit of the regulatory framework. The justification, however, is inconsistent when considering the Government’s further clarification about “Businesses in scope” of the proposal. The clarification reads: “The legislation will only apply to companies that provide services or use functionality on their websites which facilitate the sharing of user generated content or user interactions, for example, through comments, forums or video sharing”. As such, online websites of News publishers (including the Daily Mail) fall well within the remit as most provide space beneath articles which facilitates the “sharing of user generated content”. Yet, paradoxically, the Government appears determined to ensure newspaper websites and their social media comment sections remain unhindered by the upcoming legislation.

The approach is particularly flawed when acknowledging the considerable online reach of newspapers and their capacity to foster hostility against vulnerable communities. The Christchurch terror attack is one case where the lack of regulation of online newspaper activity was particularly concerning. The terrorist who carried out the attack electronically published his manifesto before the attack and sought to live-stream the entire atrocity. There was a network of far-right agitators who were operating across various online platforms (including Facebook and 8chan) to spread the material, in an attempt to glorify the attacker and the attack. It was later noted that whilst social media platforms like Facebook quickly scrambled to take down the videos, the Daily Mail and The Sun continued to share footage of the horrific attack and Tarrant’s manifesto on their respective websites. This was despite New Zealand police’s and Counter Terrorism Policing UK’s guidance to not share the footage.

Moreover, it is not only content published by newspapers themselves that are excluded from the Government strategy to combat online harms, the comments sections of these websites will also remain exempt from oversight.

A number of recent articles have noted the surprising toxicity of comments left under Daily Mail articles. Public experiments have been performed posting Nazi propaganda on the comments section of the Daily Mail which have highlighted the popularity with which such sentiments are received on the platform, with even direct quotes from Adolf Hitler being “up-voted” to prominence amongst the comments. Other examples from the Daily Mail comments section include abusive messages directed at Malala Yousafzai after she won the Nobel prize, including calls to “send her back home and “praise some British kids for a change”. In reality, comments sections on some of the largest newspaper publishers in the country are characterised by abusive and prejudicial content and remain essentially unregulated.

One article, reporting the death of a migrant in the Channel sea (who at the time was thought to be 16) had commentators celebrating the death. One user responded to the articles shared on Facebook by saying: “Less criminals in the UK. Hope they try in next coupled days with the lovely storms coming lovely”. Another said: “He was safe where he was safe where he was ,I have no sympathy. He was the one who done it to himself”. One other user stated: “Glad hes dead <3 hope he suffered prior”.

Another article by the Daily Mail, this time focused on Kyle Rittenhouse’s murder of unarmed peaceful BLM activists, was inundated with comments with readers praising the terrorist. Comments included: “Hero of the counter-revolution! God bless him.”; “If they weren’t rioting in the first place this wouldn’t have happened”; “Well done to the guy for trying to protect himself. They messed with the wrong person. Funds should be raised to help him”; and, “The young man showed admirable restraint while being surrounded by a ravenous mob who were out for blood”. Other users called for him to be awarded the “Presidential Medal of Freedom”.

The vehement discourse is allowed to carry out unfettered by regulation. Meanwhile, the new Online Harms strategy being proposed by the Government is unlikely to address such online hate.

Consequently, if the Government is seeking to ensure the UK is the “the safest place in the world to go online” then regulating the online activity of newspapers is crucial. Publishers like the Daily Mail have a reputation of stoking fear, xenophobia, and racism. If we are to tackle online harms, then regulating such mainstream online havens for far-right agitators is fundamental.