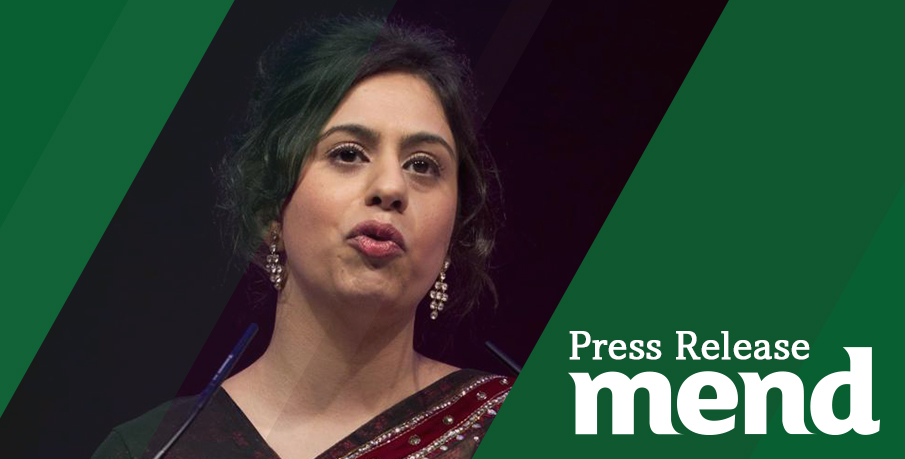 The signatories to the letter include MEND (Muslim Engagement & Development), the MCB (Muslim Council of Britain), FOSIS (Federation of Student Islamic Societies), Association of Muslim Lawyers and many mosques, Imams and Scholars. The largest UK Muslim umbrella body, MCB, expressed “grave concerns” about the appointment in a separate statement. The Muslim Women’s Network UK (MWNUK) has also penned an open letter to the Home Secretary criticising the appointment and said they would “refuse to engage with the Commission if Sara Khan continues to lead it”

Ms Khan’s lack of credibility in the wider Muslim community is widely linked to her long-standing support of the widely criticised Prevent programme, which is known to be highly discriminatory against Muslims. There have also been allegations of serious conflicts of interests where Inspire employees have simultaneously worked as Prevent Officers / Leads, whilst Inspire has also solicited and received funds to deliver Prevent-related training, despite claiming to be an ‘independent’ organisation.

Once again, concerns over Inspire’s independence have been raised in light of evidence demonstrating that the organisation has had secret links to the Home Office, exemplified by its campaign #MakingAStand, which was exposed as a creation of the Research, Information and Communication Unit, the propaganda arm of the Home Office

Additionally there are serious misgivings about Ms Khan’s lack of qualifications and expertise for the role, given that she is not an academic, has never published any peer reviewed papers or undertaken any original research in the field of terrorism or radicalisation, nor has she published credible impact assessments of the work of Inspire.

MEND CEO Dr Shazad Amin said: “We call upon the Government to reverse this decision. It is clear that Sara Khan, is singularly unqualified for this post, and with her history of being a vocal cheerleader for the discredited Prevent programme and lack of openness about the “independence” of Inspire,  will be unable to command the confidence of the Muslim Community.