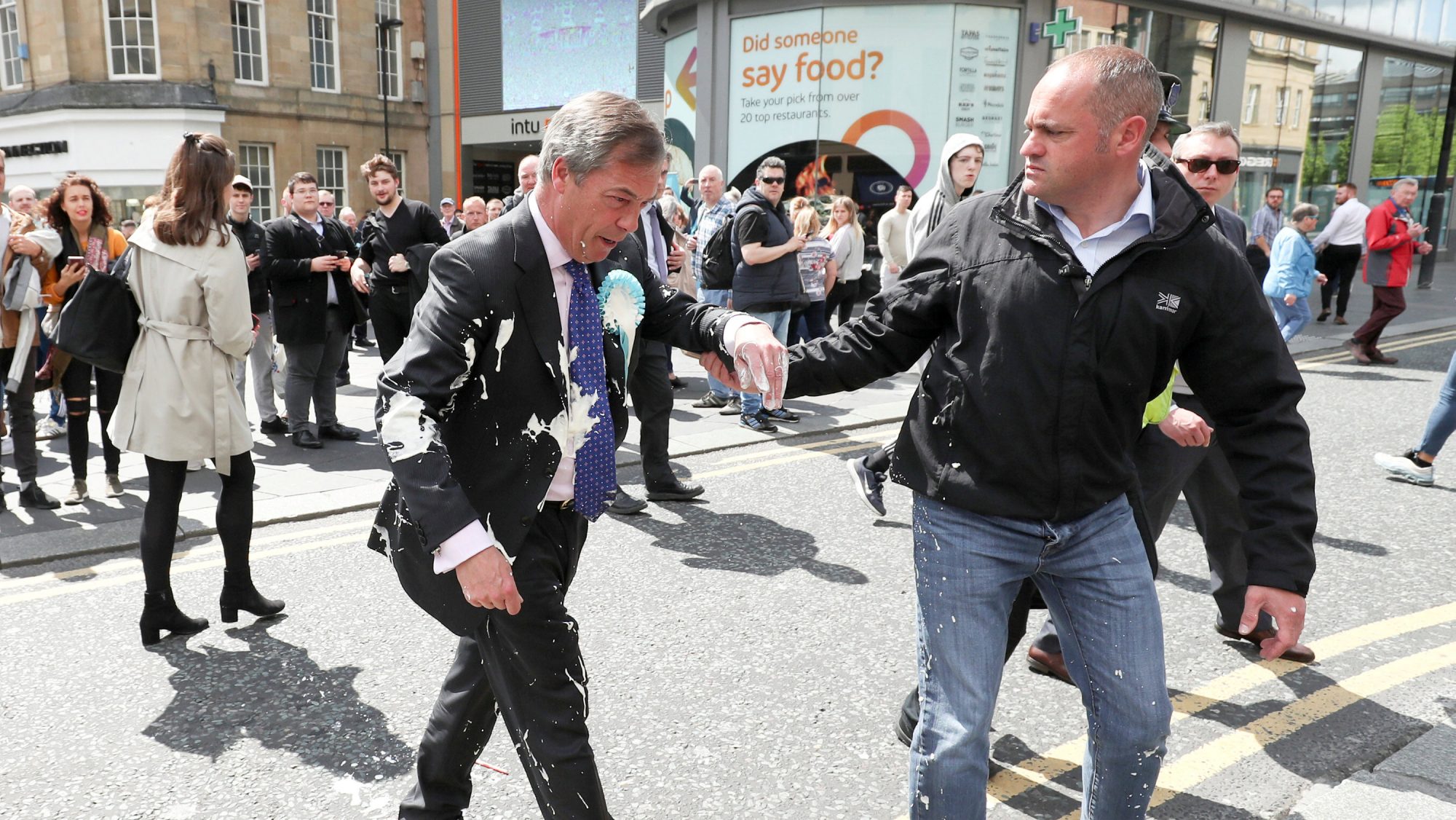 The significant prevalence and pervasiveness of Islamophobic rhetoric within socio-political discourse no longer comes as a surprise to many, as every day brings further stories of individuals utilising such rhetoric in the game that is political-point-scoring. The consequence of such rhetoric is that large portions of the British Muslim communities feel disenfranchised and marginalised from society, leading to many Muslims feeling that engaging with socio-political structures has become futile. Whilst it is arguably understandable that this sentiment may arise within communities, at a time when the stakes are so high and access for far-right parties into mainstream political establishments so easy, it is imperative that everyone adopts their civic-responsibility, votes, and ensures that far-right representatives are not enabled to hold mainstream political positions.

Indeed, with Brexit dominating election discussions, a number of far-right individuals are seeking to utilise the discord to further their Islamophobic agendas, including Stephen Yaxley-Lennon, Gerard Batten, and Nigel Farage.

Stephen Yaxley Lennon, also known as Tommy Robinson, founder of the English Defence League (EDL) described as an “Extreme Right-Wing activity” group, has previously stated that Muslims are “enemy combatants”; and that he would “personally send every adult male Muslim that has come into the EU over the past 12 months back tomorrow if I could. Fake refugees”.

Gerard Batten, the current leader of UKIP, has previously stated that Islam is a “death cult”; called the Prophet Muhammad (PBUH) a paedophile; and introduced a number of neo-Nazi individuals into UKIP.

Meanwhile, Nigel Farage, who has enthusiastically fought for Brexit on a platform built upon hate against minority communities, has also made comments including claiming that Muslims are running UK “ghettoes” under Sharia Law.

Individuals such as these are just some of the troubling individuals currently running as candidates in the European Election.

It is important to remember that MEPs are individuals who hold considerable influence on how the UK operates as we are compliant to international European legislation. One aspect of their role includes passing laws which can affect the UK’s policy on climate change, human rights, and discrimination. The MEPs have the power to approve, amend and reject nearly all EU legislation that is developed by the EU Parliament. As an example, being a minority religious community, British Muslim communities exercise freedoms when manifesting their religious identity through legislation passed by the European Parliament. Whether that be wearing the hijab, eating halal meat or being able to send our kids to religious schools. Only by voting can we put individuals in power who represent the interests and concerns of the British Muslim communities. Moreover, considering the significantly disturbing Islamophobic views of the aforementioned far-right candidates, a potential win would allow the infiltration of such rhetoric into EU policy and legislative decision making. Therefore, your vote is an important defence against prejudice and bigotry being used as a basis for our international legislation.

The structure of the European Elections is also such that it is more permeable to non-major parties, which can both be a positive for Muslim communities and of detriment. MEPs are awarded seats through the proportional representation of the votes cast, which means that the number of seats a party wins is proportional to the number of votes cast in their favour. Therefore, even if the largest party receives the most votes, the smallest party may still be represented. Historically this has meant that UKIP, which has always been a fringe party in mainstream politics, has been able to have a number of their members elected as MEPs. However, by voting for in this election, communities can vote for parties that they feel truly represent them, without the traditional concern of “wasted” votes that is often seen in general elections which employ first-past-the-post.

For these reasons, and many more, anyone wishing to oppose racism, Islamophobia, prejudice, and bigotry would be wise to utilise their political power to ensure that such individuals are not elected, and that MEPs are appointed who truly represent your community.

We urge all parliamentarians to commit to preserving human rights and the protection of minority rights, including, but not limited to, the rights to religious slaughter, male circumcision, and the wearing of religious dress or symbols as currently enshrined within UK legislation.