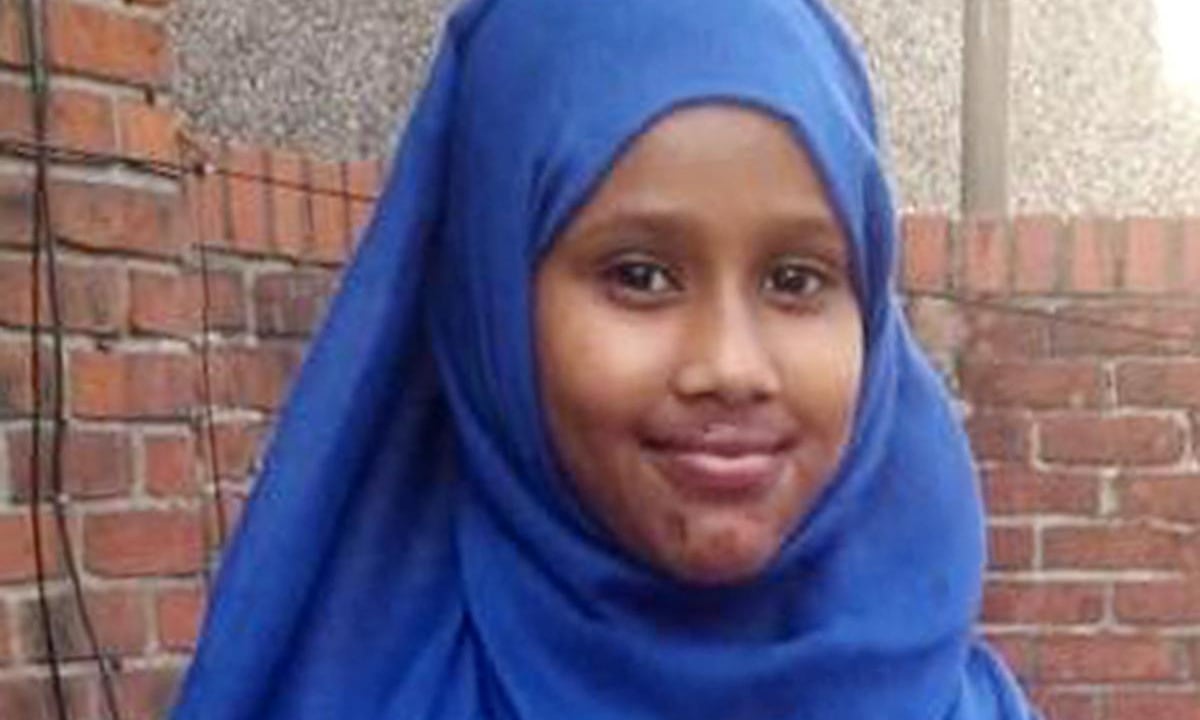 Accusations of institutional racism have been levied against the handling of the tragic case of Shukri Abdi, who died in 2019. The drowning of the 12-year old school-girl has been ruled accidental after the conclusion of a recent inquest.

Shukri Abdi, who first came to the UK as a refugee with her family in 2017, was found dead in the River Irwell in Greater Manchester, on June 27 2019, where she was accompanied by a group of schoolchildren.

After over a year of fighting for justice, Shukri’s Abdi’s family had hoped that the inquest would return the verdict that Shukri was unlawfully killed. However, the coroner in the case did not believe that the evidence heard during the inquest corresponded to any criminality.

Abdi’s family, having attributed the deficits in the initial police response to Islamophobia and racism, will press for further judicial investigations. The case highlights the prevalence of grievances regarding institutional biases within the Criminal Justice System that serve to obstruct pathways for marginalised communities to achieve justice.

Speaking after the inquest, Shukri Abdi’s mother, Zamzam Ture said that the fight for her daughter would continue: “I feel so bad today with this decision. I have waited a long time for justice and I know justice will come.” The case has become a hallmark of the Black Lives Matter movement, with worldwide protests campaigning for justice for Shukri Abdi and her family.

The inquest which concluded on Friday 4th December was led by Senior Coroner Joanne Kearsley who began her verdict by stressing that the inquest was not a criminal investigation.

The Coroner noted that there were discrepancies between the accounts of Child One and Child Two over who had invited Shukri to go swimming with them. As Shukri could not swim, she would not have known that they were planning to go to a river.

The day of the incident, Shukri had planned to attend an afterschool athletics club but, Child One and Child Two, reportedly angry that she didn’t meet them at the gates, came into the changing rooms where she was “subjected to peer pressure and persuaded to leave athletics”. The Coroner believes that had Child One and Child Two not come to find her, Shukri would have remained at school.

The court heard that on the way to the river Child One had told Shukri that “You’d better get in the water or I am going to kill you”. However, the Coroner believes that this was not said with malice or intent but rather expressed in a joking manner.

Kearsley explained: “At its very highest, the comment made by Child One which has been described as a ‘threat to kill’ is in my judgement, in the context spoken, a phrase used by an exuberant child in the company of her peers. “To even suggest this case reaches anywhere near the standard required for a court to consider the most serious of offences was misplaced and most unhelpful.”

The coroner said Shukri entered the water because Child One encouraged her and told Shukri she would teach her how to swim. The Coroner confirmed that despite statements by Child One heard earlier that week that she had accidentally pushed Shukri into deeper water, there was no evidence to support speculation that Shukri was pushed into the river.

A distressing recount of the crisis that developed in the final moments showed that Shukri had been relying on Child One to stay afloat. As they entered deeper waters, Shukri panicked and tried to hold onto Child One’s neck for support. Child One let go of Shukri, pushed her away and swam back to the rocks.

The court heard that Child One and Two laughed whilst Shukri Abdi was drowning which the Coroner did not believe to be malicious, rather an inappropriate childish reaction but “nothing more than that.”

The family’s legal team submitted for a ruling of unlawful killing either from an act of murder or gross negligence manslaughter.

The Coroner stated there was no evidence that there was an intention to kill but was satisfied that Child One breached a duty of care that caused or contributed to Shukri’s death because Child One had encouraged Shukri to enter the water, aware of the fact that she couldn’t swim.

The Coroner said that Child One’s actions could not be characterised as criminal or amounting to gross negligence manslaughter. Child One did not force Shukri into the water but was naïve and her actions “at its highest was a serious error of judgement.”

The inquest concluded with a verdict of accidental death and final words for Shukri’s family.

The family and their legal team, dissatisfied with the ruling, will be considering judicially reviewing the coroner’s conclusion and taking legal action against the police for their failures in adequately investigating Shukri’s death.

The case has been accused of being laced by a series of institutional failures with the family’s lawyer remarking that “the family’s firm position that they have been treated that way because of their race.”

The family have expressed that their grievances have been systematically dismissed since the onset of the case, with complaints about racist bullying ignored by the school which were then compounded by the police’s initial failures to investigate the death. Within hours of Shukri’s death, the Greater Manchester Police prematurely categorised the incident as non-suspicious, discounting the need to sufficiently analyse evidence, and were accused of speaking to Zamzam Ture “harshly” whilst “trying to convince (her) that her daughter had been swimming” despite Ture insisting that her daughter did not know how to swim.

The absence of a robust investigation pushed campaigners to complain to the Independent Office for Police Conduct (IOPC) which launched an independent investigation in August 2019 to explore police actions and failures, including the mistreatment of the family on the grounds of their race.

Upon the conclusion of the inquest, Abdi’s family released a statement on Friday, through the Justice for Shukri Abdi campaign, in which they said: “The coroner released her verdict of accidental death. [It] brings to a close a painful chapter for the family, one which has been made even more painful due to the failure of all the institutions that were meant to protect Shukri.”

They added: “Institutional racism, Islamophobia, the demonisation of refugees and migrants continues to this day.”

Indeed, campaigners believe that Shukri’s story underpins a wider issue of trust and confidence in the police in a climate where some of the most marginalised communities remain both overpoliced yet under-protected.

Whilst the coroner based the verdict of the inquest upon the naivety and emotional immaturity of the children, speculation arises as to the level of prejudice skewed in their favour and whether this level of nuance and sensitivity would be afforded to Black people within the Criminal Justice System, given the long history of evidence highlighting the racial disparities that pervade the system as a whole.

The widespread dissatisfaction with the inquest’s ruling reveals the consistent injustices Black, Muslim, and refugee communities face, reminiscent of countless cases such as that of Stephen Lawrence, Belly Mujinga and Darren Cumberbatch – all of which were either ruled as unsuspicious and accidental, failed to be investigated sufficiently, or were delayed unnecessarily. Such cases underscore the pronounced suffering of Black victims slighted by the very institutions intended to protect them.

MEND urges the Government to urgently learn from and implement the recommendations of the countless reviews and investigations that have come in the past. At the same time, it must also commit to investigating structural Islamophobia within the Criminal Justice System. In particular, attention must be paid to structural and institutional forms of racism and Islamophobia embedded with police forces. In combatting such issues, it is imperative that policymakers: