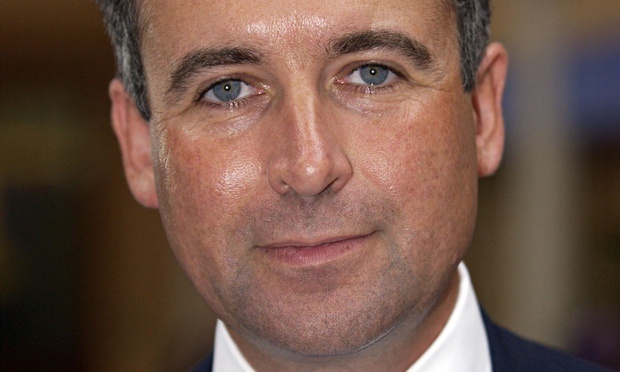 Randeep Ramesh in The Guardian reveals that the Henry Jackson Society has rescinded its secretariat role on the two all party parliamentary groups on which it serves, Homeland Security and Transatlantic Relations, after refusing to comply with new rules imposed by the parliamentary Standards Committee on transparency.

The Standards Committee introduced new rules at the end of last year including a requirement for APPGs to register material benefits. According to the rules, “APPGs should register their financial and material benefits by date of receipt as well as date of registration; APPGs which receive £12,500 or more should submit statements of annual income and expenditure; and secretariat support should be declared by APPGs and made available via their websites or upon request. The report also recommends individual or single source benefits to the sum of £1,500 be registered.”

The Guardian reveals the outcome of a complaint lodged by Professor David Miller, co-author of The Cold War on British Muslims, which extensively detailed the pro-Israeli orientation of many of HJS funders as well as the society’s contribution to a virulently anti-Muslim discourse following its merger with the Centre for Social Cohesion and its spawning of an offshoot organisation, Student Rights.

According to the parliamentary commissioner, HJS refused to comply with the requirement to “make available on request a list citing any commercial company which had donated more than £5,000 either as a single sum or cumulatively in the last 12 months”.

HJS responded to declare that the privacy of its donors was its principal concern stating,  “Our donors are entitled to privacy. We do not wish to expose them to unwarranted funding requests by publishing their details.”

The HJS has revoked its secretariat role as a result but not without important questions remaining unanswered as to why such a lack of transparency was ever permitted when major concerns have surfaced in recent years about the use of APPGs for lobbying purposes and the parliamentary passes that have been made available to officers of think tanks with clear policy interests operating at the heart of Westminster.

Miller told the Guardian, “in recent years, the Henry Jackson Society has become increasingly anti-Islam, expressing views characteristic of the far right. Its anti-Islam orientation appears to have garnered it increasing support from a range of conservative funders in both the UK and US. While it continues to pose as favouring a moral approach to foreign policy, it is dabbling in the politics of hate in an approach which is supposed to be the opposite of British values of fair play and the rule of law.”

While much has been made of ‘British values’ in recent months, on the back of the so-called Trojan horse scandal, Muslims could be forgiven for thinking that one stringent set of rules apply to them, and another lax set to others when it comes to promoting “tolerance of different faiths, religions and other beliefs”.

To their credit, some MPs when confronted with evidence of the HJS and Student Rights’ involvement in stoking anti-Muslim prejudice, have had the good sense to step down from the organisations.

The Henry Jackson Society’s brand of anti-Muslim prejudice and its neo-con foreign policy orientation has been uncovered in extensive detail by Spinwatch and others who have noted the transatlantic connections between US based think tanks and donors in a manner similar to a report by the Center for American Progress, which detailed the corporate donors who facilitate Islamophobia in the US through their support for right wing think tanks.

The HJS has also used the cover of a ‘neutral’ think tank to espouse its pro-Israeli commentary on the BBC but not without challenge. Fair News escalated a complaint involving Davis Lewin, an officer to one of the APPGs from which HJS has stepped down, after he appeared on BBC News during Israel’s brutal assault on Gaza this summer without viewers being informed of his pro-Israeli bias. After a similar error in relation to another pro-Israeli commentator who was presented as a ‘neutral commentator’, Jonathan Sacerdoti, one would think the BBC would have learned its lesson on due diligence. Not so. The BBC Editorial Complaints Unit ruled that “the speaker’s [Lewin] pro-Israeli affiliation should have been made clear.”

What is certain from Spinwatch’s diligent exposition of the HJS’s activities in recent years and details of its financial backers, where they can be gleaned, is that few MPs and media organisations will be able to casually dismiss calls for greater transparency and accountability given the political influence exerted by HJS and its offshoots.