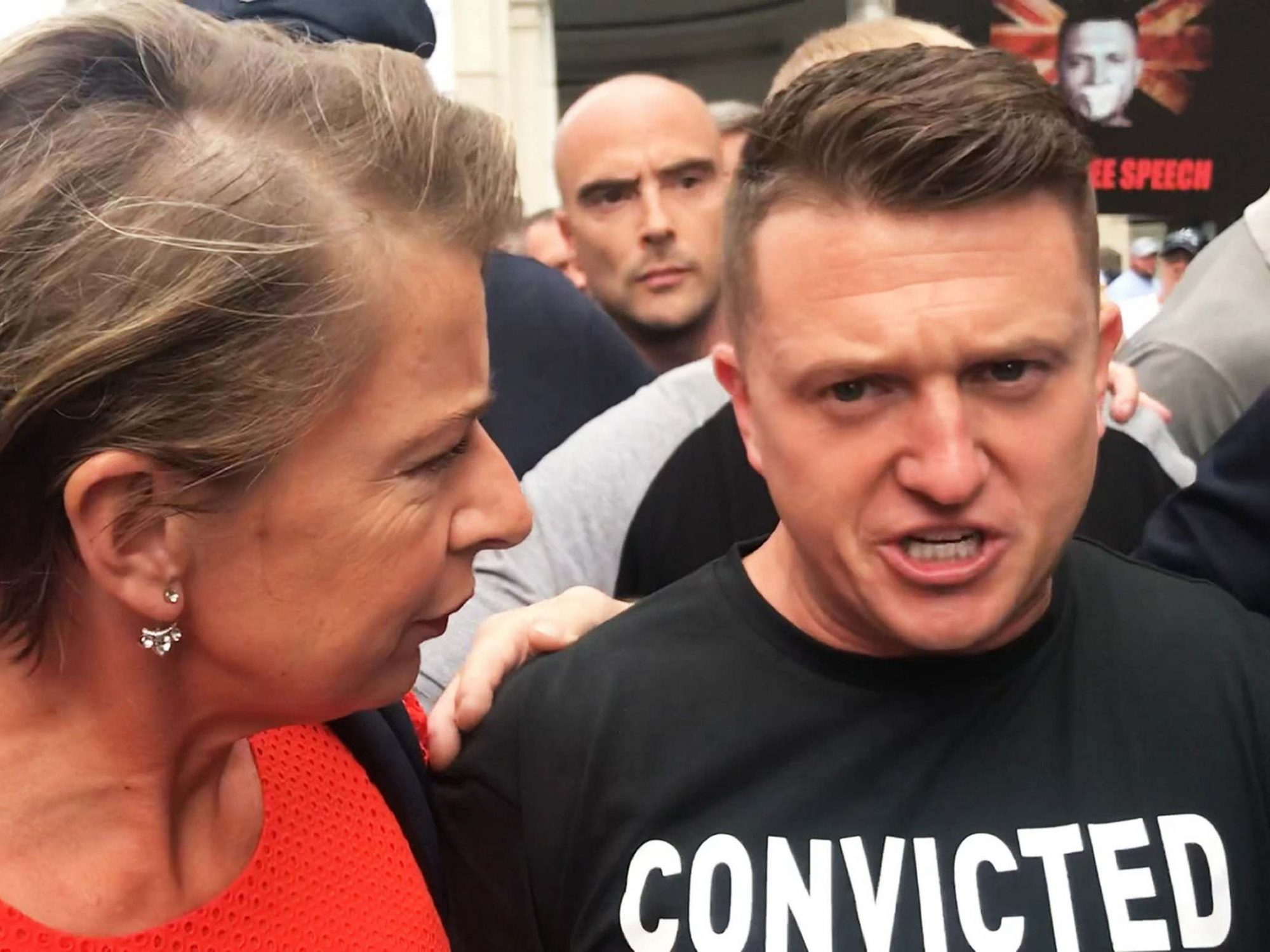 The former leader of the English Defence League, founder of Pegida UK, and prominent far-right activist Stephen Yaxley-Lennon (better known as Tommy Robinson) was released from prison on the 13th of September 2019 after serving nine weeks of a nine-month sentence at Belmarsh Prison for contempt of court.

While in prison, Robinson claimed to have received 14 sacks of mail from his supporters – a support base which, in many ways, has turned into a point of convergence for far-right extremists and which has been at the centre of multiple public disruptions over recent months in their efforts to secure Robinson’s release.

During the time of the incident for which Robinson was jailed, he was working for the contentious Canadian right-wing online channel known as Rebel Media, which specialises in Islamophobic content published across social media platforms. Rebel Media itself still appears to affiliate with Robinson, having recently endorsed his book ‘Mohammed’s Koran: Why Muslims kill for Islam’ on their website.

Robinson was convicted of approaching and filming defendants in a court case whilst telling his followers to “harass them”, actions which threatened to undermine the then-ongoing case. The video itself appears to have been viewed more than 250,000 times online. Contrary to Robinson and his supporters’ protestations, Robinson was not jailed for expressing his right to freedom of speech, he was convicted for jeopardising a court case – an act for which he had already been convicted of previously and for which he was already serving a suspended sentence.

Robinson is known to have a bold online following and presence, and social media sites such as Facebook, Twitter and Instagram have all suspended his accounts in the past due to a violation of the sites’ hate speech policies. Concerning the direct impact of Robinson’s proclivity for hate-driven rhetoric, Darren Osbourne, who targeted Muslim worshipers in a terrorist attack in Finsbury Park in 2017, was reported to have been radicalised in part by the online posts of Robinson.

Despite social media sites suspending Robinson’s accounts, numerous platforms which echo his sentiments of hatred and Islamophobia are still live and active across various platforms. Demos (a cross-party think-tank) have noted that, between March 2016-March 2017, 143,920 Tweets were sent from the UK that were considered to be derogatory and anti-Islamic – this amounts to almost 400 per day. Such anti-Muslim sentiments are particularly acute following incidents such as the London Bridge attack in 2017, following which the Guardian reported that 32 of the top 100 most shared tweets expressed negative sentiments about Muslims. A more recent report by Demos, entitled: “Russian Influence Operations on Twitter”, explored the exploitation of ‘Twitter bots’ by the Russian state. The report found that there was a significant amount of effort expended by the network of bots to propagate hate rhetoric against Muslims in particular.

Presently, there is a lack of effective legislation with regards to regulating online. Mr Carl Miller, a research director at Demos, said:

“We have not had a proper law passed on this since social media became in widespread use. If you talk to lawyers about this, most of them will say they don’t even know which Act really applies here. Some of it is the Communications Act, as I said; some of it is the Protection from Harassment Act. Some people say that it is public order legislation; others say that counter-terrorism or incitement of racial hatred legislation applies here”.