The dangers of Patel’s pernicious rhetoric 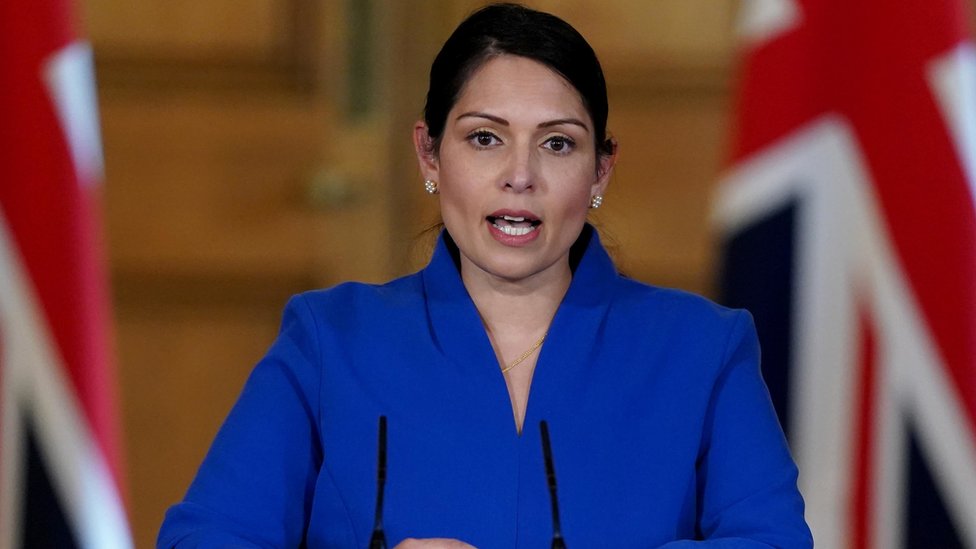 In September, an individual entred a London law firm and carried out a “violent, racist” knife attack on an immigration lawyer, an act which the law firm believed to be inspired by Priti Patel’s comments days earlier that “removals [of migrants] continue to be frustrated by activist lawyers”. This incident is a clear demonstration of the tangible consequences of normalised virulent rhetoric, and highlights the correlation between national discourse and hate crime and the urgent need for public figures to understand the impact of their words.

The attack reveals that instances of hate crime are rarely isolated incidents, but are in fact nourished by prevailing narratives that perpetuate hostility and intolerance. When the portrayal of migrant communities is overwhelmingly negative, emotionally charged, and persistently divisive, it is not surprising that claims like Patel’s, that claim lawyers are hindering the expulsion of migrants, are internalised by some to be an incitement to violence. The irony that Priti’s comments have potentially amounted to a more significant security threat than that supposedly posed by the “refugee crisis”, highlights the reality of the damaging discordance wreaked by the government’s narrative on minority groups and those working to protect their inviolable human rights.

The scapegoating of vulnerable communities is rarely arbitrary but can often be deliberately deployed to further specific political agendas. A group of Conservative MPs wrote to French officials saying migrants crossing the English Channel are “invading” the country, with one claiming they can simply “paddle in”. Framing migration as a security issue rather than in terms of humanitarian aid and the global responsibility regarding safeguarding and resettlement, criminalises refugees to produce a climate of fear that grants legitimacy to the Government’s hostile policies. National debates on the topic are therefore frequently intentionally steeped in inflammatory rhetoric designed to present them as a security threat within the public imaginary. When public figures openly malign refugee communities, it sends a message that their mistreatment is admissible; in other words, public figures can often be responsible for tacitly endorsing acts of hatred and violence against marginalised communities and, in this case, those who work to protect their rights. It is therefore inevitable that an increasingly securitised discourse, set against a backdrop of rising populist and ethno-nationalist sentiments, has the ineluctable by-product of inciting violence.

To politicise those lacking any agency and further malign their access to advocates allows the Government to pursue an aggressive immigration stance without accountability. If we have learnt anything from the Government’s political mishandlings – from the Windrush scandal to stoking xenophobic sentiment during the Brexit campaign – it is the dire consequence of policy devoid of an evidentiary basis, rooted in moral panic, and the built upon reliance upon individuals being unable to advocate for their own rights. This is echoed by a report by the Public Accounts Committee which found the Home Office to have devised immigration policies based on “anecdote, assumption and prejudice” instead of relying on evidence. In it, Meg Hillier, the Chair of the committee, remarks: “The Home Office has frighteningly little grasp of the impact of its activities in managing immigration. It shows no inclination to learn from its numerous mistakes across a swathe of immigration activities – even when it fully accepts that it has made serious errors.”

Indeed the Home Office has demonstrated little resolve in attempts to avoid another Windrush scandal. Patel’s recent rebuke of “traffickers, the do-gooders, the lefty lawyers and the Labour Party”, shifting the blame for a “broken system” that is a product of the Conservative Government is a clear example of misinformation and prejudice referenced in the report. Defaming lawyers that have provided asylum seekers access to justice that Government policy has increasingly denied them – for instance shutting down safe, legal passages and reneging on the promise for family reunification – is a deliberate act of deflecting accountability.

It is a stark dereliction of duty when those vested with the responsibility and power to protect the most vulnerable are actively demonising them in their dogged pursuance of tightening borders at whatever human cost. Furthermore, giving complex socio-political phenomena inaccurate and reductive explanations to legitimise the Government’s exclusionary policies not only indicates a distinct culture of indifference towards human rights issues but compounds the risks facing the defenceless and endangers public safety.

When xenophobic speech has the potential to cause irreparable damage, discussions on disadvantaged communities must be approached with sensitivity and rectified with retraction and accountability. If the Home Office’s track record is anything to go by, apologies are not enough to blunt the impact of divisive speech.  Education and counter-narratives are essential to remedy the consequences of prevailing misinformation. Political discourses ought to create new frameworks through which to portray minority communities that do not resort to the othering of minority groups – a trait which is traditional of populist narratives. Given the demonstrable effects of discriminatory rhetoric, it, therefore, becomes incumbent upon public figures to assume responsibility for their roles in ensuring the safety and wellbeing of our society.