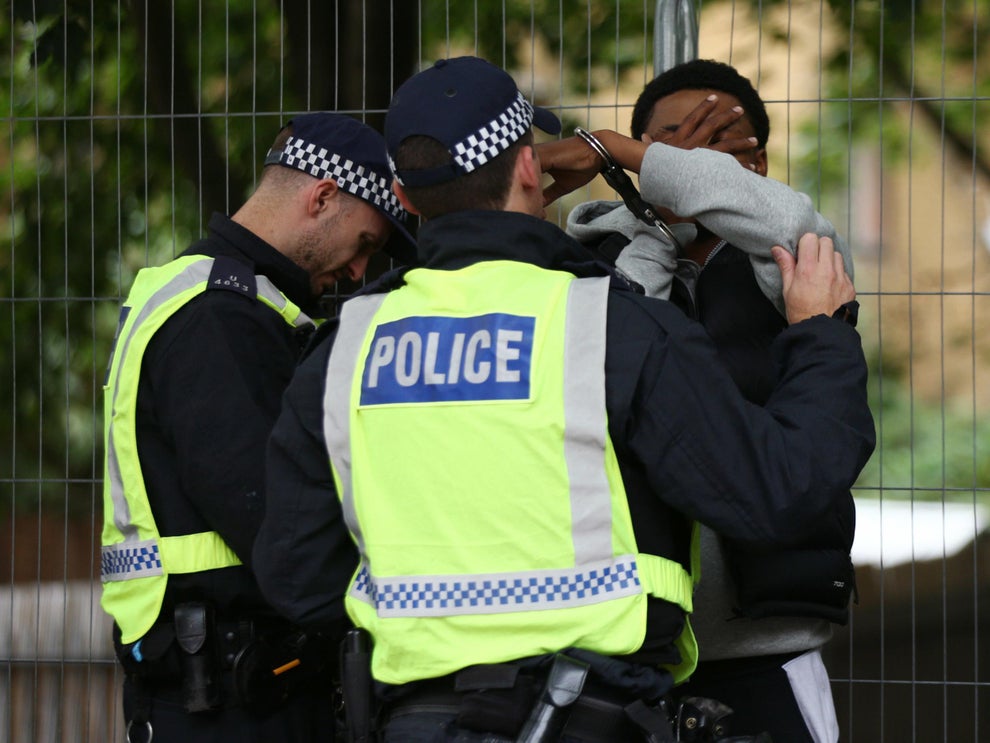 Two Black men were stopped and searched by Metropolitan police officers on suspicion of exchanging drugs simply because they had bumped fists; a tangible example of the flawed and discriminatory tactics that form the basis of stop and search.

That a fist bump, deemed a “suspicious” feature of criminalised and racialised “gang” culture, warrants police action highlights a pressing need to reassess the frequently discriminatory and heavy-handed nature of stop and search tactics. Against the backdrop of renewed outrage against police brutality and inequitable approaches that have been central to the Black Lives Matter movement, to continue to pursue policies that contribute towards further marginalising black communities, only serves to further entrench the grievances embodied by the Black Lives Matter movement.

Current stop and search practice has proven to be increasingly discriminatory and unfair in its inordinate focus on Black communities. Between April 2019 and March 2020, Black people were nine times more likely to be stopped and searched than white people. During lockdown alone, the Met police stopped young Black men nearly 22,000 times, over 25 per cent of Black 15-24 year olds in London. The stark disparity suggests that the strategy is motivated by the racist myth that Black people are more predisposed to crime and drug use (despite evidence showing that statistically white people are more likely to be carrying drugs when they are stopped). This discrimination is further demonstrated in the increased number of stops under section 60 of the Criminal Justice and Public Order Act 1994 which allows officers to stop and search anyone in a given area with no grounds for suspicion when there is a perceived risk of violence. The absence of reasonable grounds enables the abuse of power in allowing stops to be carried out arbitrarily, based on unconscious biases and harmful stereotypes rather than any evidence of criminality.

However, criticisms of the policy being both ineffectual and primarily driven by racial profiling, (76% of stops between 2019-2020 led to no further action) have been met with institutional denial. Several senior members of the Met police have denied institutional racism and refused to engage with anti-racist recommendations. In an interview with Channel 4, Commander Jane Connor refused to acknowledge cases of disproportionate and discriminatory police practice; similarly, Commissioner Cressida Dick failed to see disproportionality as an “issue” in response to data that Black Londoners have been more likely to be targeted under emergency police powers and dismissed the need for unconscious bias training. When the notion that any group of people are uniquely drawn to criminality is mainstreamed and ingrained in the public consciousness, any measures taken are more likely to be tacitly or actively endorsed as perceivably proportionate to the “threat”, hence there is often an institutional and public inability to recognise and engage with legitimate critique.

The fact that stop and search continues to be pursued, despite its evident failure to deter crime such as knife crime, reveals the discriminatory framework and application of the tactic and the perpetuation of perceptions of racialised threat within an ever-expanding surveillance apparatus that securitises Black communities under the pretext of tackling crime. The refusals, of both Jane Connor and Cressida Dick, to critically engage with the concerns of Black people, mirrors the wider fractious relationship between Black communities and the police and highlights that trust cannot be restored without accountability. Failure to subject problematic police practice to scrutiny only serves to reproduce the harms.

Needless to say that recruitment drives by the Home Office’s “Police Now” to hire more Black officers are being potentially undermined by perceptions of racial profiling and prejudice that drives stop and search practices; an apt example of how institutional racism produces self-sustaining patterns of inequality. For many innocent individuals subject to stop and search, the palpable sense of being policed lasts beyond the initial encounter, sowing mistrust that informs their subsequent interactions with the police. Consequentially, even when opportunities emerge to facilitate their inclusion (such as targeted recruitment initiatives), the idea of engagement remains uncomfortable and suspect, thus furthering the cycle of underrepresentation.

The “Police Now” strategy not only highlights the disconnect between the police and the communities they serve, but could be perceived by some as the Home Office’s thinly-veiled attempt at cloaking institutional racism through outwardly anti-racist efforts. Such a situation seems to suggest that the Government are only prepared to consider surface level initiatives with limited transformative potential. It essentially allows policymakers and those in positions of authority to distance themselves from accountability by putting the onus on Black communities to engage with the police, despite the activepursuit of policies that have structurally disenfranchised them.

Therefore, an honest, inward examination of institutional and structural racism within policing policies and procedures, facilitated by open dialogue with Black communities is essential for fostering trust and the engagement of communities within policing frameworks. The problems that underpin crime are multifaceted, complex and nuanced and, as such, require an evidence-based, measured and collective approach that forms holistic, long-term solutions. Currently, stop and search without reasonable suspicion is counterproductive in its frequent undermining of communities’ confidence in fair and effective policing. It is, therefore, essential that the Government and the police work with Black communities and grassroots organisations to introduce more accountable and transparent policies.