From skinheads to schools – the return of P**i-bashing 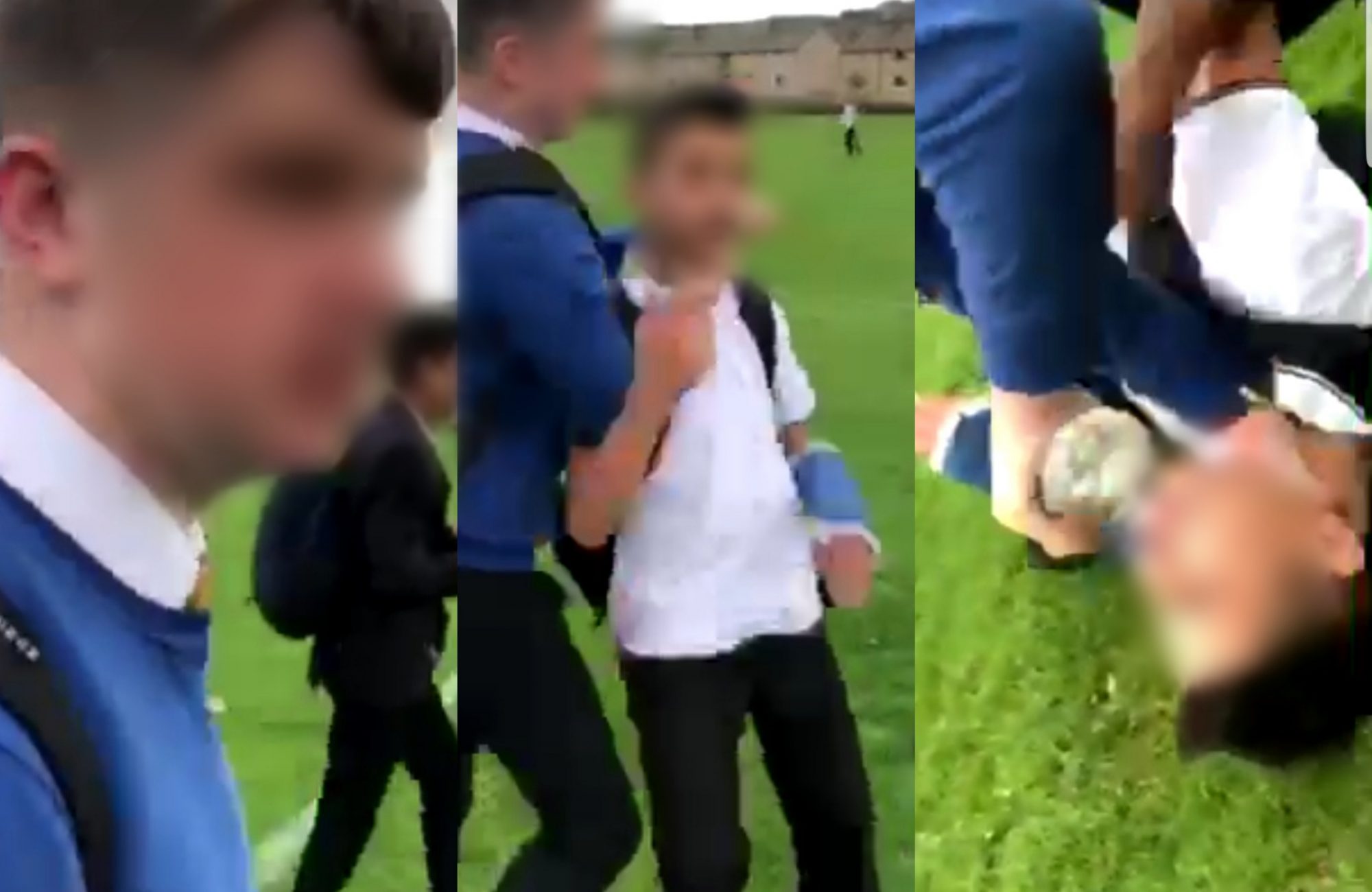 “P**i-bashing” brings back traumatic memories for the generation who grew up in the UK during the 1970s and 80s. This was a time when the threat of the National Front was a habitual reality of terrorised immigrant communities. Renowned “skinheads” would shove dog excrement through letterboxes, vandalise businesses, empty beer cans on families playing in the park, and ultimately attack members of communities both verbally and physically. As the murder of 25-year-old Altab Ali in 1978 demonstrated, these interactions could be fatal.

It is untrue to think that “P**i-bashing” is no longer a problem – it still exists, and this is dangerous. “P**i-bashing” has simply become more nuanced and in many ways has taken on a new identity – that of Islamophobia. While the communities subjected to attacks and harassment by the National Front used to be called “P**is”, they are now often called “Muslims”. In 2008, Martyn Gilleard, a Nazi sympathizer, was jailed after police discovered an armoury of four nail bombs, gun powder, fuses, live bullets, swords, axes, knives and a bayonet along with internet material on how to poison people and make bombs. Gilleard said, “I’m so sick and tired of hearing Nationalists talk of killing Muslims, of blowing up mosques, of fighting back. Only to see these acts of resistance fail to appear.” Similarly, Pavlo Lapshyn was jailed in 2013 for the murder of 82-year-old Mohammed Saleem and planting three bombs near mosques in Walsall, Tipton and Wolverhampton.

However, these examples are amongst the most extreme. By and large, “p**i-bashing” may not be quite as explicit as once it was, but the underlying symptoms and sentiments continue to fester. Meanwhile, it’s surviving legacy remains a barrier to the healthy social development of Muslim children.

In January 2019, a video clip was widely circulated across social media of a man who filmed himself subjecting visibly Muslim schoolgirls to verbal abuse in East London. He was heard referencing Dr Mengele, an SS officer and physician who carried out abhorrent and inhumane experiments on prisoners at Auschwitz concentration camp. Similarly, viral footage of the Syrian Muslim schoolboy Jamal being chased and waterboarded in Huddersfield made for equally harrowing viewing.

The fact that the victims in the above cases – and many other similar ones – were schoolchildren subjected to Islamophobia either on or near school premises is significant. It demonstrates the need for robust and pragmatic solutions to tackling the hate many may wrongly feel to be extinct.

In one study, Muslim schoolchildren relayed how they had been called “terrorists” at school and verbally assaulted by people on the street. Muslim girls described how complete strangers had told them to take off their headscarves or even refused to sit next to them because they were wearing one.

Muslim pupils are also acutely vulnerable to bullying and abuse following incidents of terror. The counselling service Childline noted a spike in sessions about race and faith-based bullying following recent UK attacks, with Muslim children in particular being subjected to name-calling and threatened with violence. In 2015, a schoolboy was slapped and called a “terrorist” by classmates after a teacher mentioned one such terror attack. Furthermore, teachers unions and anti-racism groups have recorded a general increase in Islamophobic incidents at schools, with the National Association of Schoolmasters Union of Women Teachers (NASUWT) saying the rise of such Islamophobic sentiment is creating a climate of “uncertainty and fear” in such places of learning.

A victim recently reached out to the Islamophobia Response Unit (IRU) at MEND describing how their sibling was subject to Islamophobic violence at school which resulted in serious injury. What made this incident even more worrying was the inaction by the school, to the point that the perpetrators of the violence were bold enough to continue taunting the victim in the school reception without being challenged.

In order to address the continuing issues surrounding prejudice that Muslim and other children face, the Government must commit to developing training programmes for teachers focussed on tackling and addressing bullying based on race, religion, disability, or sexuality. It must also commit to prioritising PSRE and PSHE within the national curriculum and ensure grassroots Muslim organisations are enlisted to assist in developing teaching materials to educate young people on the dangers of Islamophobia.

MEND has already developed many of these resources through working with teachers and Muslim communities across the UK, and by understanding the concerns of victims of Islamophobia who reach out to our IRU team.

If you or anyone you know feel that you may benefit from these programmes or teaching materials, feel free to contact us at info@mend.org.uk.