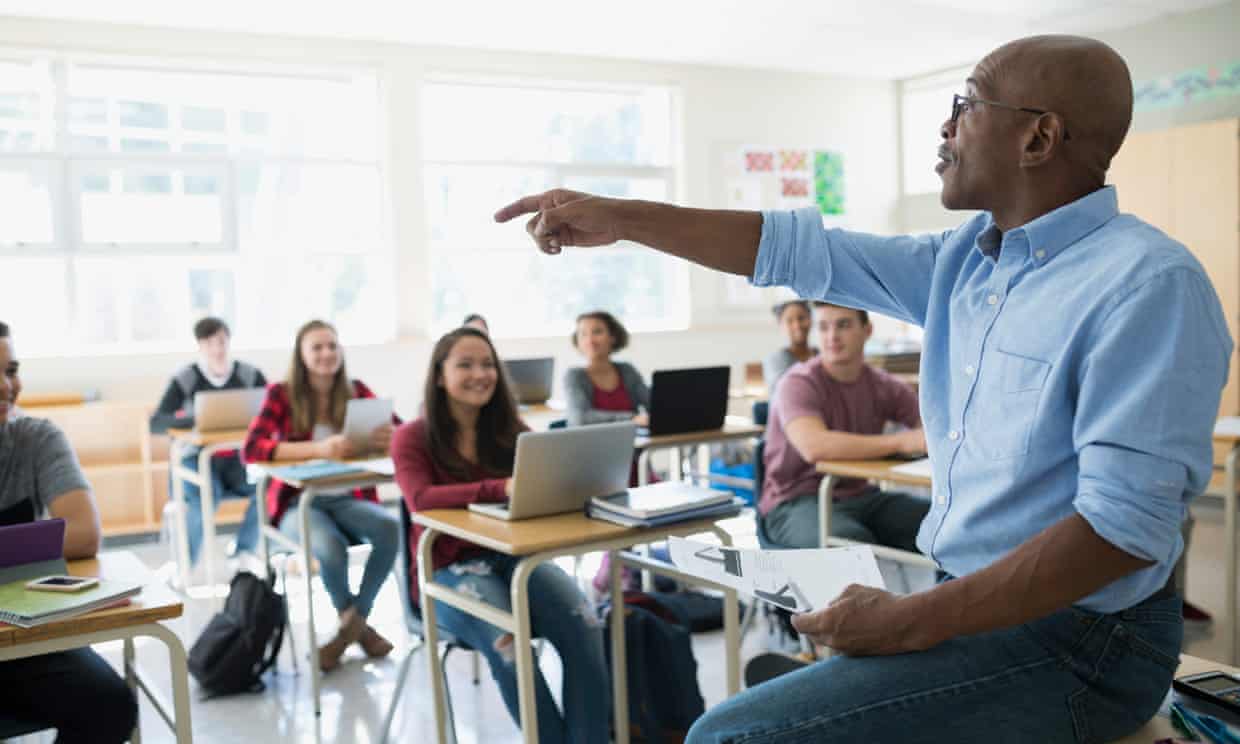 Numerous statistics, reports, and anecdotal evidence in the past have documented both the covert and overt racism faced by BAME pupils and staff within UK schools. With the issue of systemic racism coming to significant light in the last few months, it becomes more important than ever that the epidemic of racism within schools is addressed and tackled.

Concerningly, racism towards BAME teachers has been on the ascent in the last few years. Earlier in the year, a BAME teachers’ conferencethat was organised by NASUWT found rising levels of racism in schools. Over half (54%) of the teachers who attended stated that they had experienced verbal or non-verbal racism in the last 12 months. Similarly, a 2017 Runnymede Trust reportalso noted that more than twice the proportion of BME teachers (31%) said they experienced discrimination at work in the past year compared to their white counterparts. Examples of microaggressions are further detailed in a NEU (National Education Union)  reporton the impact of racism on BAME teachers. The report attested to how BAME teachers are traditionally given stereotypical responsibilities that tend to be racialised (such as behaviour management responsibilities or oversight of Black History Month for example) in place of more intellectually demanding roles, and are often considered to be “troublemakers” or “aggressive” when challenging decisions. Inaction and systemic failure to address experiences of racism towards teachers provides fertile ground for such discrimination to thrive and continue to replicate

These examples of overt and covert racism, microaggressions, and unconscious biases culminate to hinder the professional development of BAME teachers. Indeed, statistics have previously shown that out of 2,200 male secondary school headteachers, only four identify as Pakistani, while only 16 out of 1,400 female headteachers identify as Black Caribbean. Consequently. Meanwhile, White teachers make up 92.6% of headteachers in UK schools.  Moreover, research has shown that the mechanisms in place to respond to racist incidents are largely inefficient. Nearly half(46%) of BAME teachers have reported not being confident about reporting racial discrimination, racial bullying, or racial harassment to their employer because of lack of support. Consequently, having a robust reporting system which dutifully considers concerns raised by BAME teachers would be paramount in confronting and tackling discrimination.

Similarly, racism towards BAME and Muslim students as young as primary school-aged has also been rising. Statistics released earlier this year reported 496 racism-related temporary exclusions from primary schools in the academic year 2017-18. This was an increase of more than 40% from 2006-07 when there were a reported 350 temporary exclusions of the same nature. In 2017, Childline reported that it had held over 2,500 counselling sessions over the last three years for children concerned about race and faith-based bullying. Alarmingly, they noted a sharp increase in calls following the attacks in London and Manchester in the same year. Children as young as nine reported being called terrorists, enduring abuse, and threats of violence.

In January of this year, the BBC reported on the case of nine-year-old schoolboy Na’im who experienced racism five times in one academic year. Most of the abuse suffered by Na’im consisted of him being racially abused while playing football. The schoolboy was reported to be “a little shocked and sad at the same time” that he was being called racist names by one of his friends and was quoted as saying: “The person was my friend and I didn’t expect any of my friends to call me a name”. Another child reportedly told Na’im that their parents had told them they were not allowed to talk to Black or Brown people.

Furthermore, the Islamophobia Response Unit (IRU) at MEND has received numerous reports of racist and Islamophobic abuse in primary schools this year.  One such case involved a four-year-old student who was physically and verbally abused by another student at his Primary School. His abuser would punch and kick him while saying statements like “Muslims are not good”. Incidents of identity-based bullying are likely to stifle the attainment potential of students and subsequently affect their future life chances. Indeed, the NSPCC has stated that the effects of bullying, including identity-based, can last into adulthood and in the short term it has driven children and young people to self-harm, and even tragically commit suicide.

The intervention of teachers in dealing with racist incidents is, therefore, of vital importance. As a result, several Primary schools last year reportedly requested the help of the Anthony Walker Foundation, which was set up after Anthony Walker’s racially motivated murder in 2005, to campaign for diversity and inclusion. Members of the foundation tried to ease forms of racism by delivering talks during pupil assembly’s explaining that it is “OK to be different”. In a statement given to the BBC, a teacher on behalf of a Primary school stated: “We strongly believe in educating our pupils by teaching them right from wrong, so that they are able to live in harmony with other people regardless of our differences. We want children to accept each other and celebrate our diverse school community”. Inevitably, by taking such meaningful steps in combatting racism, schools can become environments in which children can flourish and prosper and not ones that they fear or avoid.

Fundamentally, the Government must dedicate resources and time in building the capacity of teachers and school governors to tackle issues of racism towards both pupils and staff. This can be done by developing teaching materials to educate young people on the dangers of Islamophobia, racism, anti-Semitism, homophobia, and other forms of hatred. The Government should also support community and school-led programmes that encourage cultural exchange between staff and pupils of different racial, religious, ethnic, and other backgrounds.

Ultimately, while overt racism causes unequivocal and unquestionable harm, the peril of covert and institutional racism must also be recognised to evade the normalisation of disadvantage that excludes BAME individuals from the full enjoyment of rights and opportunities on an equal footing with other members of society.

In light of the above, MEND calls upon the government to: