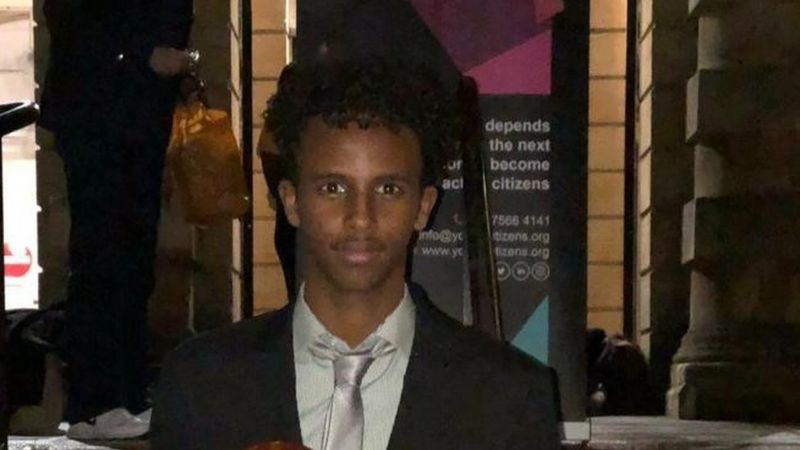 Pressure mounts for the Vice-Chancellor of the University of Manchester to step down after a student was racially profiled, amidst anger over the universities mishandlings of the Covid-19 lockdown. First-year student Zac Adan was pinned to the wall by a security officer and made to present ID because he looked like a “drug dealer”, highlighting the latest incident in the university’s institutional failures to safeguard its students. The incident has demonstrated the prejudicial foundations of policing frameworks in the UK that have infiltrated even private security arrangements and entrenched undue focus on Black and minority communities within the policing and prosecutions of drug possession offences.

“There was no conversation. They just pinned me up against the wall and said I looked like a drug dealer,” student Zac Adan said. “Why? Because I am black and wearing a hoodie?”

The fact that the security officers targeted Adan based on his appearance indicates the ubiquity of racism within policing, motivated by (and perpetuating) an explicitly racialised discourse on drugs. Dispelling the notion that racisms are individual and isolated incidents, it illustrates how moral panic, that essentialise criminality and drug-use as uniquely particular to Black communities, are deployed as mechanisms of social control.

Racial disproportionality in stop and search is, therefore, merely the product of historically oppressive structures that serve to maintain racial inequalities.

Recent stop and search statistics corroborate the inordinate focus on Black communities. Between April 2019 and March 2020, Black people were nine times more likely to be stopped and searched than white people. During lockdown alone, the Met police stopped young Black men nearly 22,000 times, over 25 per cent of Black 15-24-year-olds in London. This discrimination is further reinforced in the increased number of stops under section 60 of the Criminal Justice and Public Order Act 1994, which allows officers to stop and search anyone in a given area with no grounds for suspicion when there is a perceived risk of violence. The absence of reasonable grounds for suspicion enables the abuse of power in allowing stops to be carried out arbitrarily, based on unconscious biases and harmful stereotypes rather than any evidence of criminality. In the context of a pandemic, discriminatory policing under the guise of Covid-19 precautions breaches the duty of care, particularly when the pandemic systematically disadvantages BAME communities. Evidence from the review by Dame Doreen Lawrence on the impact of Covid-19 on BAME groups concluded that structural racisms result in socio-economic inequalities that make ethnic minorities more susceptible to the virus such as the increased likelihood of living in overcrowded housing, working in high exposure jobs or barriers to accessing to healthcare. At a time of heightened vulnerability, that police policies and procedures intended to protect ethnic minorities continue to discriminate against them only exposes how deep racial biases pervade our institutions.

The lack of sensitivity in approaches to policing is particularly evident in Zac Adan’s case with regards to recognising the intersectional racisms that many BAME individuals face. Indeed, Adan’s status as a refugee is also a factor in how his identity is subsumed within the discourse of policing. For Adan and many like him, the multiple layers of discrimination as a Black refugee can interact to exacerbate their plight. The intersectional identity of BAME refugees makes them amongst the most vulnerable demographic. The realities of seeking asylum, and escaping humanitarian crises or human rights violations, can overlap with experiences of racism, demonisation in media and political rhetoric, and the complicated process of resettlement in the host country, thus compounding a sense of exclusion, alienation, and inequity. In comparison to the visibility of one’s gender and ethnicity that is central to racial profiling, their identity as a refugee is invisible, meaning there is no nuance in policing approaches that accounts for their vulnerability. Particularly when refugees are afflicted with pronounced mental health conditions such as PTSD, it highlights the need for anti-racism and unconscious bias training that addresses these intersectionalities to avoid the indiscriminate targeting of innocent and already vulnerable individuals.

For Adan to be targeted and wrongly subject to police scrutiny indicates an institutional blind-spot to addressing racisms and adequately safeguarding our citizens. This is substantiated by a report by Equalities and Human Rights Commission that found universities ill-equipped to tackle racism on campuses; often reinforcing students’ mistrust and under-confidence in the process. As such, it is incumbent upon universities to commit to mandated training in anti-racism to dispel unconscious biases amongst all staff on campuses. Policing culture requires an urgent shift that readjusts the lens of criminality to one that focuses on legitimate safeguarding and duty of care. Universities and institutions alike must adopt a progressive approach based on regular and comprehensive training that tackle the roots of racism as opposed to only addressing them once perpetrated. To this end, MEND urges the Government, the police, and public bodies to consult with ethnic minorities and representative grassroots organisations to explore meaningful policy development aimed at combatting the current flaws in policing discourse and strategies, whilst addressing the current lack of focus on intersecting vulnerabilities and safeguarding concerns impacting vulnerable communities.