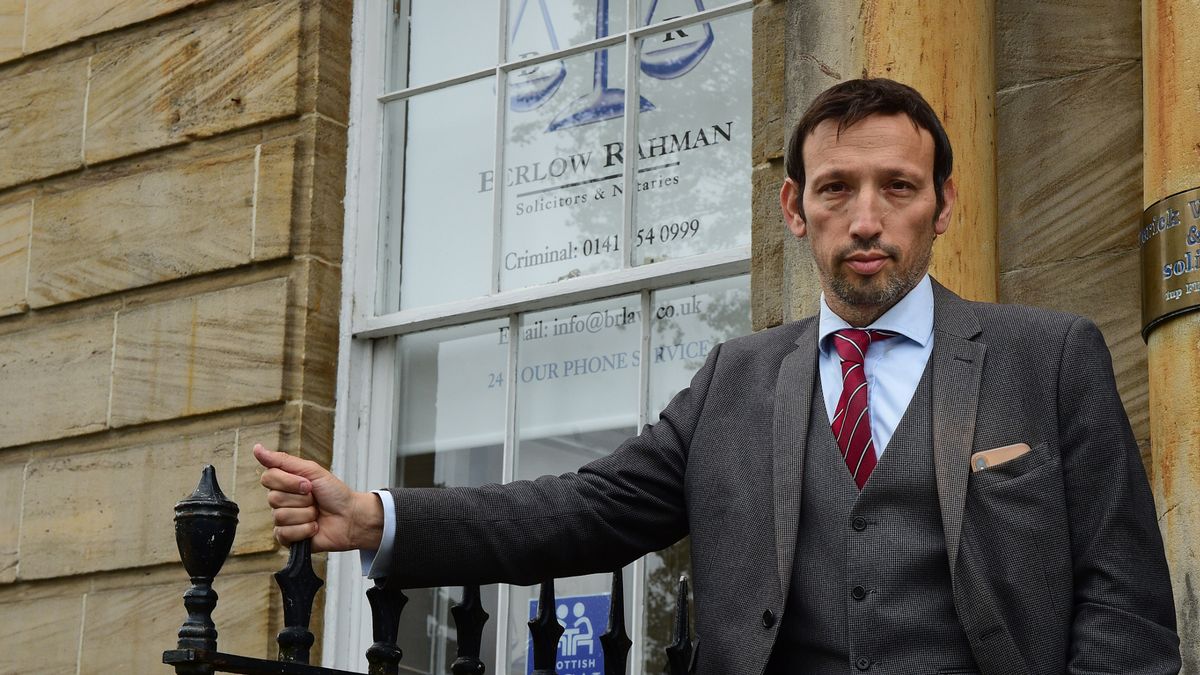 Earlier this month, it was revealed that a top pro-Israeli lawyer faked a vandalism attack at his home last year in a plot to smear the Scottish Palestine Solidarity Campaign (SPSC). Unfortunately, such disreputable campaign tactics have often been routinely utilised by pro-Israel groups to smear supporters of Palestine. As a result, appropriate courses of action need to be taken against those responsible, and activism for Palestine needs to be recognised as a legitimate form of political dialogue and expression.

Matthew Berlow, a criminal solicitor, and Ed Sutherland, a teacher, both of whom are linked to the Friends of Israel, faked a vandalism attack against Berlow’s home before using a fake Facebook identity (Stevie Harrison) created by Sutherland to seek responses from members of the SPSC in order to smear the group.

Berlow then commented on the post in order to present himself as a victim and fuel the story further, stating “Idiocy. Typical SPSC behaviour criminal”. However, Berlow later admitted that the attack never took place and that it was a “mistake” made in “a moment of madness”.

Berlow is now facing a fine of £500 from the Law Society of Scotland (LSS) for his part in the incident.

However, Berlow has arguably demonstrated that his is incapable of upholding the standards for solicitors, as laid out by the Scotland Law Society. In particular, the incident demonstrates a severe breach in standards relating to trust and integrity:

“Solicitors must act with honesty and integrity at all times. This duty applies not just towards clients but to all people that solicitors deal with, including the courts, witnesses and other solicitors. Solicitors must behave in a way which shows that they have personal integrity and are fit to carry out the duties of a solicitor.”

The case also raises questions as to whether Berlow would be capable of upholding standards of service with relation to respect. According to the Scotland Law society, solicitors must “[r]ecognise diversity, different cultures and values… Implicit within a good level of professional service provided by a solicitor is that each and every client will be treated respectfully and with courtesy, in recognition of their dignity and rights as individuals. The solicitor also has a responsibility to treat colleagues, other members of the legal profession and the public with similar politeness and respect… The solicitor must not discriminate against clients because of their age, sex, race, ethnic origin, nationality, special needs or disability, sexuality, health, lifestyle, beliefs or any other relevant consideration.” As such, Berlow’s demonstration of such malice damages any confidence that he is capable of fulfilling these obligations.

Consequently, considering these severe breaches in professional standards, it is only appropriate that Berlow should be considered for being disbarred by the Scotland Law Society.

Calls are also being made to hold Berlow’s accomplice, Ed Sutherland, to account as well.Sutherland now faces being dismissed from his role as a teacher and head of religious and moral education at Belmont Academy in Ayr for his part in the incident as well as for posting a series of anti-Semitic posts under the guise of his fake pro-Palestinian Facebook account. Sutherland’s dismissal is a befitting punishment for an individual who did not abide by the professional standards of behaviour often associated with teachers, and, in turn, failed to be a role model for his fellow teachers under his guidance as well as his pupils.

However, concerningly, pro-Israel organisations and individuals, and pressure groups have a track record of using disingenuous means to discredit pro-Palestinian groups and supporters.  Last year, at the peak of the Labour Party anti-Semitism row, an investigation conducted by the Electronic Intifada documented ten fake Twitter profiles posing as Corbyn supporters that were posting anti-Semitic messages. Moreover, in 2017, Al-Jazeera aired a documentary titled ‘The Lobby’ which showed Shai Masot, a former official in the Israeli embassy in London, extraordinarily breaking professional protocols. Masot was caught saying he would “takedown” certain MPs which included the former Minister of State for Europe and the Americas, Sir Alan Duncan, who had been an outspoken supporter of a Palestinian state. Consequently, it seems that there are frequent efforts by neo-conservative organisations and movements to stifle the political engagement of Muslims. Another example, in the university context, is of Student Rights (a project of the Henry Jackson Society) which frequently directs concerted efforts to demonise students who are vocal about their support for the Palestinian cause. A common phenomenon is for activists to be labelled either as ‘extremist’ or ‘anti-Semitic’ in their opposition to the human rights abuses of the Israeli government.

While anti-Semitism must never be tolerated and should be challenged wherever it is found, the use of the term as a political tool for shutting down criticism of the Israeli government devalues the experiences of those who face anti-Semitic abuse on a daily basis. The Palestinian cause is an issue that is of great importance to large swathes of British communities, and there must be a recognition that Palestinian activism is a legitimate and necessary form of political dialogue.

MEND hopes that the appropriate actions are taken against both Matthew Berlow, and his accomplice, Ed Sutherland, and and calls upon all parliamentarians and policy makers to commit to recognising that Palestinian activism is a legitimate form of political dialogue and commit to protecting the rights of British Muslims to advocate and support Palestinians’ right to self-determination.