Home » News » Places of worship must be protected!

Places of worship must be protected! 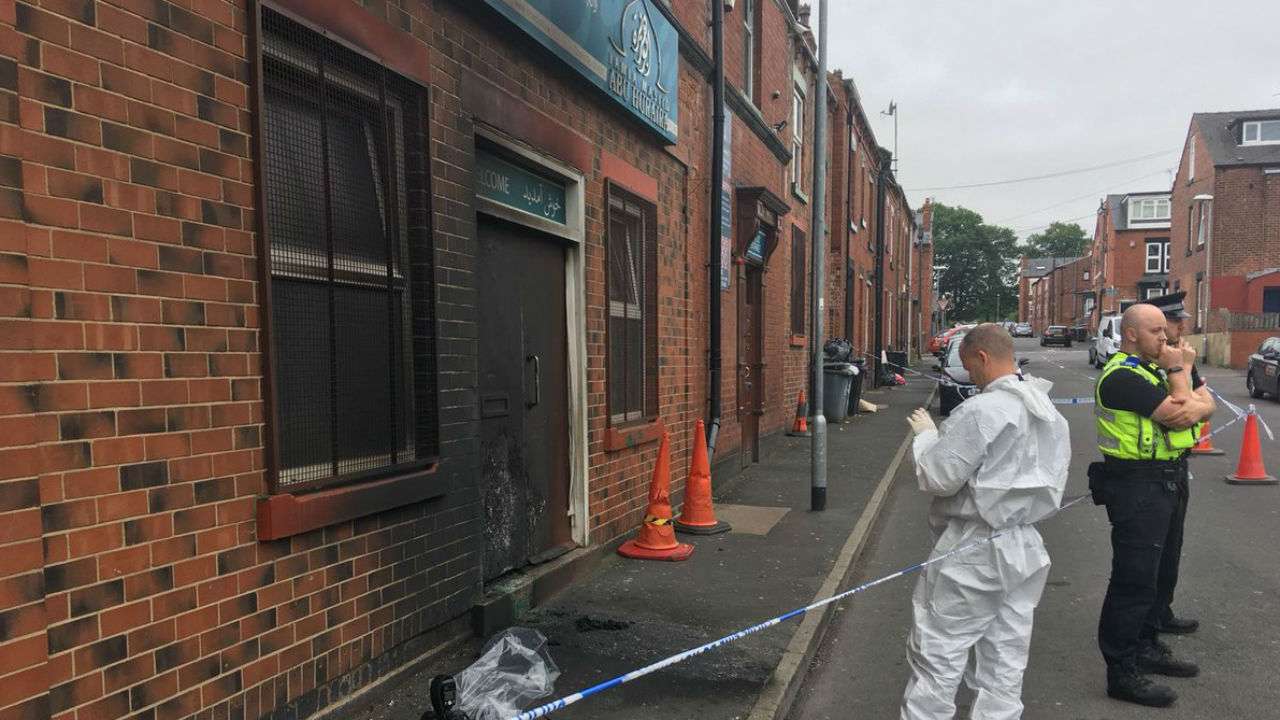 On 10th April 2019, Steven Bishop was imprisoned for four years for plotting to bomb a mosque in London. He was found with fireworks, instruction pamphlets, and components to make an incendiary device. He was initially charged with preparing an act of terrorism, but his guilty plea and mental health defence relegated the charge to possession of an explosive substance, with an intention to endanger life.

One factor that hinders policies aimed at the security of mosques is the lack of regulation across police forces when logging instances of religiously motivated hate crimes directed at religious institutions. The police record hate crimes against mosques as crimes that occurred “at a mosque” instead of referring to it explicitly as an attack against a mosque. This skews data and results in a disparity between reported instances and actual instances of mosque attacks. Therefore, data relating to attacks against mosques is disproportionately low because. This is problematic because official statistics and data are used by the Government and Local Authority in policy development and implementation strategies, for example, in determining how and where funds need to be allocated. Therefore, greater protection for mosques and other religious institutions requires the police to improve the specificity of their monitoring practices to ensure accurate data is recorded for the development and application of meaningful and effective policies.

Another factor potentially hindering greater security for mosques is the lack of attention given to mosque attacks, despite the sinister nature of them. In May 2017, the Jamia Qasmiya Zahidia Islamic Centre in Oldham, Greater Manchester, experienced an arson attack which was reported to have occurred hours after the Manchester Arena attack. Fortunately, there were no fatalities. This was shortly followed by the Finsbury park attack in July 2017, when a vehicle drove into Muslims outside Muslim Welfare House during the holy month of Ramadan, injuring several peaceful worshippers and killing 51 year old Makram Ali. Although MPs such as Emily Thornberry for Finsbury South and Jeremy Corbyn spoke out against the terrorist’s actions, it appears that the Government did not consider the threats serious enough to adopt immediate safety measures and implement an improved funding strategy.

Attacks against mosques could arguably be a result of their physical and visual representation of Islam, and their significance as a community hub for Muslim communities. Mosques visually and physically represent an identity that is often pitted against the perceived dominant group identity and are thus considered by some to be a threat to what it means to be British.

Alongside mosque attacks, there is also widespread use of harmful rhetoric specifically directed at mosques and Muslims. This is particularly evident in anti-immigration and far-right protests, which often have banners displayed with such slogans as “ban mosques” or “no more mosques”, lest it become part of the “Islamification of Britain” process. “

In one instance, plans to build a mosque in Chipping Norton (home village of former Prime Minister, David Cameron), were halted as an anonymous call alerted the landlord to threats to “burn it down”.

In 2018, a man was jailed for posting Islamophobic messages online saying “‘It is time we started to fight back. The Government won’t do **** because of the PC brigade. Every time we have a terrorist attack, we should burn a mosque.” This was followed by another post 3 hours later which said “To all the British murderers and serial killers out there, do us all a favour and concentrate on the Muslim community.”

Additionally, the “Punish a Muslim Day” letter was distributed to mosques across the country with threatening messages such as “slaughtered very soon” and “P*** filth.”

As such, the Government must recognise that heightened risk to mosques as visual representations of Muslim identity and ensure greater protections are afforded to them.

While the Home Secretary, Sajid Javid, recently announced plans to increase investment for the Places of Worship Protective Security Scheme alongside a £5m grant to provide additional security training in the run up to several religious celebrations such as Easter, Passover, and Ramadan, The Government must conduct research and a risk assessment to determine how much funding is required to ensure that mosques are protected in line with the risks that they face. Failing to do this means that further mosques across the country are liable to being targeted, as has been seen in Birmingham and in Preston. In response to the tragic events in Christchurch, when two mosques were targeted killing 51 people, the Security Minister, Ben Wallace, admitted an imitation could occur in the UK. He said that “the funding for protective security tacks with the threat. As the threat changes that funding will change with it.” Therefore, the Government must prioritise research and the development of policies to ensure the security of mosques.

MEND urges the Government to: