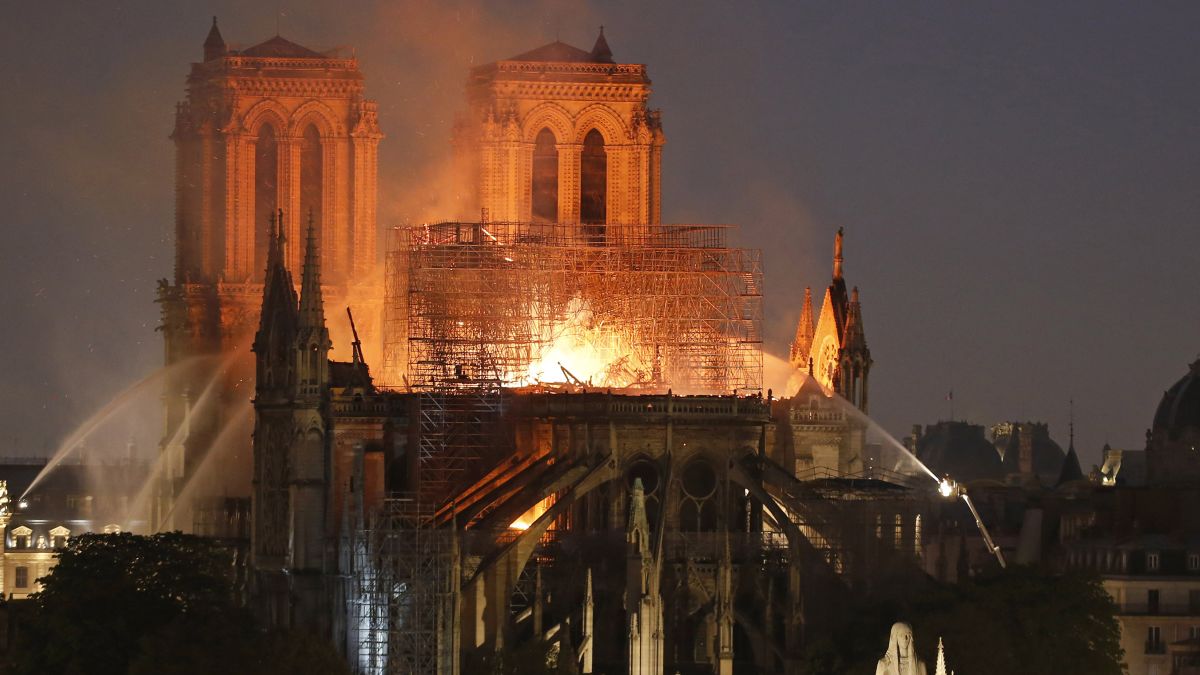 In the hours following the burning of the Notre Dame on the 15th of April, one of the narratives that quickly amassed was that the fire was intentionally caused by Muslims, and ‘they’ were celebrating the destruction of the cathedral. Before official statements were made that the fire was not a terrorist attack, several social media accounts espoused Islamophobic sentiments suggesting that it was an act of terror perpetrated by Muslims. When atrocities happen, Muslims are often blamed first. Furthermore, the circulation of ‘fake news’ disperses misinformation on social media platforms that promotes divisive narratives that have dangerous consequences for communities, especially Muslim and minority communities.

Far-right accounts frequently espouse narratives that are not supported by real news. Many of the propagators who blamed Muslims for the fire or suggested that they were celebrating the tragedy were far-right Twitter accounts whose stories were shared by Russia Today (RT) and German far-right party, Alternative für Deutschland (AfD). Additionally, Pamela Geller posted a picture of a man exiting the vicinity of the fire on Facebook and captioned it as ‘Jihadis celebrating’. Such rhetoric was used by far-right provocateurs to spread Islamophobic hate online through posts that were popularised and gained traction through likes, comments, and retweets on social media platforms. There is clearly an appetite for ‘fake news’ scapegoating Muslims as the source of atrocities, thus highlighting the vulnerability of communities to stereotyping and marginalisation. Indeed, such rapid dispersal of ‘fake news’ detrimentally affects Muslim communities and how they are perceived in society.

This phenomenon is also a symptom of how Muslims are often othered in their own society. Immediately accusing Muslims of setting or celebrating the fire reinforces the suggestion that French Muslims do not care about French culture or history and are not a part of society. Katie Hopkins, a well-known controversial figure who frequently contributes xenophobic narratives in the media, consistently discusses Muslims as a foreign community that does not belong in Britain. Choosing to blame Muslims without any proof in instances such as the Notre Dame fire adds to the narrative that Islam cannot be reconciled with the West, and Muslims, by extension, do not fit in. Muslims, therefore, are at risk of being ‘othered’ and problematised on the basis of their ethnocultural and religious identities.

The speed of which Muslims were assumed accountable for the Notre Dame fire is not an isolated incident. A parallel can be made to the car crash outside the Natural History Museum in 2017, when far-right activist, Tommy Robinson, declared it to be a “jihadi terror attack” before the police made a formal statement stating it was a “road traffic accident”. Robinson regularly blames Muslims and attributes violence to the Muslim community in a manner that is not dissimilar to Katie Hopkins. While Tommy Robinson’s access to social media platforms is rapidly being limited, he has a history of a populous social media following. With his views reaching thousands of viewers at any one time, his false assertions of Muslim complicity in violence has potential to fuel moral panic and mass hysteria, thus inciting hatred towards innocent communities.

MEND urges for the Government to implement primary legislation to deal with social media offences and hate speech online and commit to working with social media companies to protect free speech while developing an efficient strategy to tackle hate speech online. Recently, New Zealand Prime Minister, Jacinda Arden, announced a policy that is hoped to be implemented with other world leaders to curb extremism online. The UK government has also introduced an Online Harms White Paper, and the Digital, Culture, Media and Sport (DCMS) select committee previously held an extensive inquiry into ‘Fake News’. The DCMS committee has also established a sub-committee on disinformation. These are important steps forward in the right direction towards strategies that will help to curb fake news and hate speech disseminated online.