Home » News » Universities must do more to tackle racism

Universities must do more to tackle racism 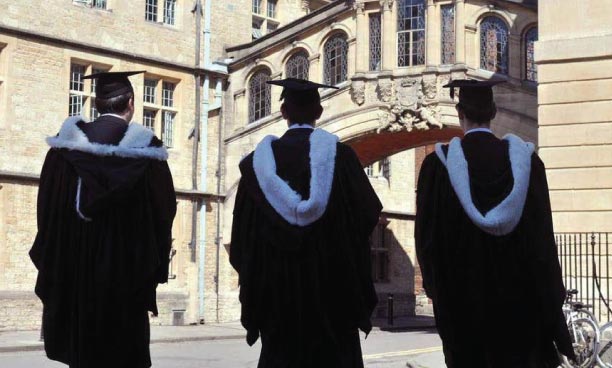 A recent report by Equality and Human Rights Commission, “Tackling Racial Harassment: Universities Challenged” has found alarming levels of racist incidents occurring across British universities and Higher Education. While 24% of ethnic minority students were reported to have experienced racism, the report illustrates that universities are ill-equipped to efficiently tackle racism on campuses due to both an underestimation the prevalence of racism and an overconfidence in their ability to handle it.

The report highlighted a disparity between the number of students who had experienced racism on campuses and the percentage of those incidents formally reported. While almost half of universities believe that every case of racial harassment is reported, the reality is strikingly different; only a one-third of students that said they had experienced racial harassment, said they reported it to their university.

Meanwhile, referencing the Equality and Human Rights Commission universities survey conducted in 2019, the report found that across all 159 publicly funded universities in Britain, only 559 complaints of racial harassment from students were recorded over a period of three-and-a-half years, equating to only around 80 formal complaints every six months. As well as highlighting a level of complacency and misplaced confidence in their procedures and complaints process in place, these statistics suggest that barriers to reporting racial harassment persist.

The report stated that underreporting amongst both students and staff was due to low confidence that the incident would not be addressed. Others expressed apprehension in coming forward due to fear of personal repercussions or uncertainty as to whether their issue would be considered as severe enough. The onus for effective reporting, therefore, rests on universities to create safe spaces to facilitate sensitive discussions and foster relations between staff and students to increase confidence and knowledge on reporting racism.

However, amongst those that did complain, there was a pattern of dissatisfaction in the process, with issues including unawareness of the complaints process, feeling unsupported, and instances where complaints were downplayed or dismissed. The report states that university staff lack understanding, skills, and confidence surrounding discussions around race, which leads to an inefficient handling of complaints. This underscores a need to develop efficient training programmes so that staff feel confident in addressing incidents of racism.

Moreover, in addition to an urgent need to overhaul of universities’ reporting processes, there needs to be recognition of the fact that the general complacency for redress is often rooted in ignorance of what racism even entails. Part of the problem appears to lie in identifying racism and a lack of understanding of the systemic racisms that disadvantage people of colour and which can often lead to dismissals of reported racism. The report also revealed a level of general unawareness on dealing with more nuanced and covert instances of racism or harassment which may account for an underappreciation of the gravity of specific racist incidents. Understanding the nuances of racism will undoubtedly enhance the emphasis universities place on racism and enable them to address issues of racism and discrimination adequately.

This gap in understanding surrounding identifying racism is reflected in the report itself, which has seen criticisms over conflating racism with anti-white sentiments. Many academics have raised the point that the inclusion of anti-white harassment will detract from the impact and experiences of racisms directed at people of colour. Dr Nicola Rollock, said that the EHRC’s addition of anti-white harassment “will only serve to confuse universities who already struggle to understand and address racism against black and Asian groups”. Fope Olaleye, the black students’ officer at the National Union of Students, further added that the EHRC had ignored pleas made at a roundtable event with the inquiry team earlier this year to exclude anti-white harassment from their report. To ensure that universities are effectively enabled to tackle racism, an understanding of how day to day experiences of racisms and discrimination by people of colour are embedded in institutional prejudices, is essential. It is, therefore, critical that minority voices are consulted and ensure that these opinions are reflected in EHRC’s recommendations to universities.

It is evident that universities need to take the necessary steps to tackle racism and prevent such negligence from continuing. Universities must have robust mechanisms in place, including amended complaints procedures and adequate staff training to enhance their understanding and capabilities in responding to racist incidents. MEND, therefore, encourages higher education institutions to commit to developing training programmes for staff focussed on tackling and addressing instances of racism on campus.