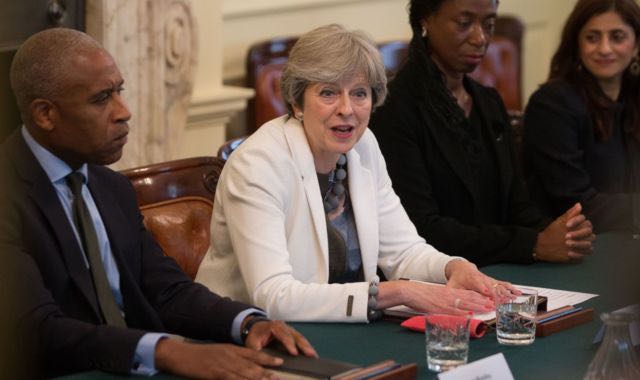 The new government study “Race Disparity Audit” is likely to stir social debates surrounding racial integration for some time. Bringing together important data about minority groups in Britain, the newly launched website clearly indicates that BAME groups are at a disadvantage in almost every area of public life, from education, to housing, and to policing.

The overarching theme of the Government’s report is that, although the country has become more ethnically diverse between 2001 and 2011 (the proportion of people identifying as White British decreased from 87.4% to 80.5%), it is still a long way from ensuring equal treatment to every segment of society.

One of the most striking findings highlighted by the report concerns housing. Among all ethnic groups, Bangladeshi and Pakistani households suffer from the highest levels of overcrowding (30% and 15% respectively), while also being the most likely to live in income-deprived neighbourhoods.

In this regard, research has shown that among all faith groups, Muslims are the most likely to live in overcrowding conditions (36%), and that 46% live in the 10% most deprived districts in England and Wales.

This becomes particularly alarming when we take into account the fact that previous research from the Joseph Roundtree Foundation has shown the negative spill-over effects of deprived neighbourhoods on multiple aspects of life, including general well-being, education, employment, and crime.

Ethnicity and crime is another key issue, not least because it has been on the news for some time. People from an ethnic minority background are 3 times more likely to be stopped and searched than white people, while in 2016, black and Asian offenders received the longest ACSLs (Average Custodial Sentence Length) at 24 and 25 months respectively.

Ethnicity also affects participation in the labour market, as BAME individuals – 14% of the total population – are severely underrepresented within the public sector. For example, only 1 in 12 teachers are from a non-white ethnic minority group, and more than 9 out of 10 head teachers are white British. Court judges are also disproportionately white, with only 6% of declaring their ethnicity were from non-white ethnic groups.

Meanwhile, BAME households are more likely to be on a low income and the most likely to be in persistent poverty. Furthermore, a study conducted by the BBC in February 2017 has shown that minority ethnic-sounding names reduce the likelihood of people being offered an interview. This problem seems to afflict primarily Muslims, as they are 76% less likely to be employed than their Christian counterparts.

Other studies have also demonstrated that young Muslims routinely fear becoming targets of bullying and harassment and feel forced to work “10 times as hard” as their white counterparts to get on.

Interestingly, this has very little to do with potential language barriers. The report shows that almost half of Bangladeshi women and a third of Pakistani women aged 65 and over could not speak English. Among those aged 16 to 24 however, only around 1% faced this problem, an important figure that clarifies some of the findings of the 2016 Casey Report.

Ms Casey pointed to an alleged “growth in regressive religious and cultural ideologies” as the main cause for lack of integration and increasing segregation. However, the report was criticised for disproportionally focusing on Muslims (mentioned 249 times against 14 references to the Polish community), and for ignoring the government’s heavy cuts – around £400 million – to the adult skills budget, which pays for most provision of teaching English to speakers of other languages (Esol).

In terms of education and according to the Race Disparity Audit, BAME pupils are facing severe barriers to their education. Indeed, only 47% of Pakistani pupils and 56% of Bangladeshi pupils met the expected standards for reading, writing and maths at KS2. While the report itself provides no indication of the causes of this issue, previous research has shown that the reasons for such barriers facing BAME students frequently lie in issues surrounding stereotyping and low expectations from teachers, as well as a lack of ethnic or religious minority staff members or other role models in the classroom.

Considering such barriers, it is unsurprising that ethnic minorities experience high levels of stress and anxiety, with those identified as Arabs recording the highest level of anxiety among all other backgrounds (3.47 on a scale from 1 to 10). In addition, while adults in most ethnic groups showed general improvements in personal well-being, those from Bangladeshi and other Asian backgrounds showed none.

Despite these revelations of widespread inequality and discrimination in British society, around 80% of adults from black or mixed backgrounds, and around 85% of Asian adults, feel that they belong to Britain. In short, Asian people feel as British as their white counterparts, even in the face of very different treatment and lived experiences.

Love between Asian minorities and Britain remains a one-way street, one in which political action is becoming increasingly more urgent to ensure that everyone has equal opportunities regardless of their ethnicity. It is time for May’s government to answer to the promise of turning these “facts and figures” into effective policies.