Home » News » Muslims – the Good, the Bad and the Totally Unacceptable

Muslims – the Good, the Bad and the Totally Unacceptable 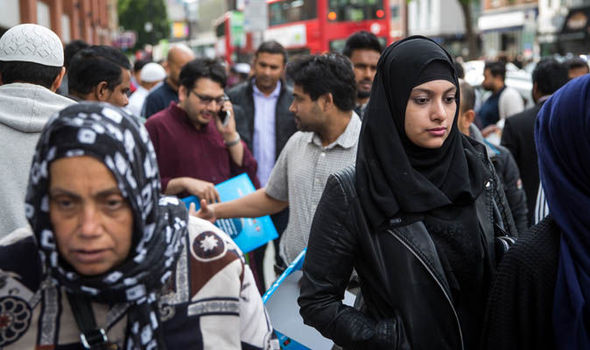 Over recent decades, the political and media landscape has witnessed a powerful and growing interest in developing simple explanations for infinitely complex and multi-layered problems. Such oversimplifications include the declared link between Islam and terrorism, or the apparent incompatibility between Islam and Western culture.

The idea of the monolithic and static nature of Islam (and thus the resistance of its followers towards integration) was championed by Samuel Huntington, in his book ‘The Clash of Civilizations’ (1996). He claimed that the entirety of Islamic theology – and consequently all of its followers – is incompatible with western culture and as such Muslims are a cultural threat.

More recently, this apparent obsession with trying to develop simple theories for complex questions has led to the narrative that there are some Muslims who are compatible with western society and some who are not.

In the current political atmosphere, the primary method of proving oneself as a ‘good’ Muslim is to accept that the theology on which Islam is based is out-of-date and requires reform. The implication of which is that all followers of Islamic theology are at risk of being radicalised – a key message within the Prevent initiative.

On the other hand, a ‘bad’ Muslim is one who disagrees with the Government’s position on counter-terror and foreign policy; or who believes that a woman’s choice to wear the hijab is not necessarily a universal indicator of oppression or extremist tendencies.

A major proponent of this narrative is Andrew Gilligan; who aside from employing a highly divisive rhetoric has also been noted for practicing inaccurate, misleading and unprofessional journalism.

In his more recent article in ‘The Times’ (located behind a paywall), Mr Gilligan attacks an alleged renewed partnership between the Home Office and an Islamic organisation, ‘The Muslim Council of Britain’ (MCB).

He attempts to portray the MCB as being unrepresentative of “moderate” Muslims (i.e. the ‘good’ Muslims). Mr Gilligan utilises the results of 2016 ICM poll as evidence of his claim, stating that very few British Muslims “saw the MCB as their main route to engage with government on their behalf”.

However, it should be noted that the MCB is the largest umbrella body of Muslim organisations in the UK, enjoying the support of over 500 mosques, as well as educational and charitable associations. As such, its aim has never been to represent individual British Muslims to the Government. Rather it aims to represent the highly diverse spectrum of British Muslim organisations. MCB self-proclaim to be “an inclusive, body with all schools of thoughts and traditions represented amongst its affiliates”.

It is also noteworthy that Mr Gilligan selected his statistics from the ICM poll but chose to ignore both the BBC poll and the Channel 4 poll which demonstrated that the MCB does a good job representing the views of British Muslims (with 55% and 51% of British Muslims agreeing that MCB represents their interests, respectively).

Mr Gilligan is once again engaging in misleading journalism by selectively employing data that aligns with his argument and presenting it as unequivocal truth.

Other organisations, including MEND, in the past have also been a target of, what seems to be, Mr Gilligan’s personal and highly unprofessional vendetta.

Yet there are a few Muslims, the ‘good’ Muslims, for whom Gilligan reserves his praise, including Sara Khan.

Ms Khan, the newly appointed Commissioner for Countering-Extremism, has been praised by many, including the Home Secretary, for her wealth of experience in fighting against the spread of ‘bad’ Muslims.

However, it would appear that she was presumably deemed fit to serve based on her strong support for the Government’s Prevent initiative, as opposed to her experience in the field.

The lack of any agreed definition of ‘extremism’ and ‘radicalisation’ is also problematic considering that Ms Khan’s work in this area presupposes a specific focus on ‘Islamist extremism’. As such, we must question her credentials to tackle the threat of ‘far-right extremism’ with equal vigour.

Furthermore, her co-founded organisation, Inspire , has also been highly criticised for numerous instances of conflict of interests, as its personnel have secured lucrative Government work for Inspire, whilst simultaneously in the employment of public authorities.

Ms Khan also entertains no credibility amongst the British Muslim Community and Inspire’s strong support for the Prevent initiative has been identified as a key factor in her alienation from large sections of the British Muslim Population.

Indeed, over 100 Muslim organisations and leaders have already registered their objection in an open letter Home Secretary calling for the immediate removal of Ms Khan from the Countering Extremism Commission.

All communities – Muslim and non-Muslim – have a vested interest in keeping our country safe and combatting extremist violence – be it Islamist violence or far-right violence.

Ultimately, tackling extremism is going to require the co-operation and trust of Muslim communities. Therefore, continuing to reinforce the ‘good’ vs ‘bad’ dichotomy will only serve to alienate individuals who feel they are being unnecessarily demonised and whose support is sorely needed in our joint efforts against violent extremism.

As such, whilst Ms Khan has toed the Government line and has subsequently been considered worthy of being exemplified as a ‘good’ Muslim, the appointment has only served to further alienate large segments of the British Muslim population – all of whom become categorised as the ‘bad’ by default.

Ultimately, while Sara Khan may be the Government’s poster girl for the ‘good’ Muslim, she is unfit to lead the Commission for Counter-Extremism as she is totally unacceptable to the Muslim community.