The Muslims are… going green 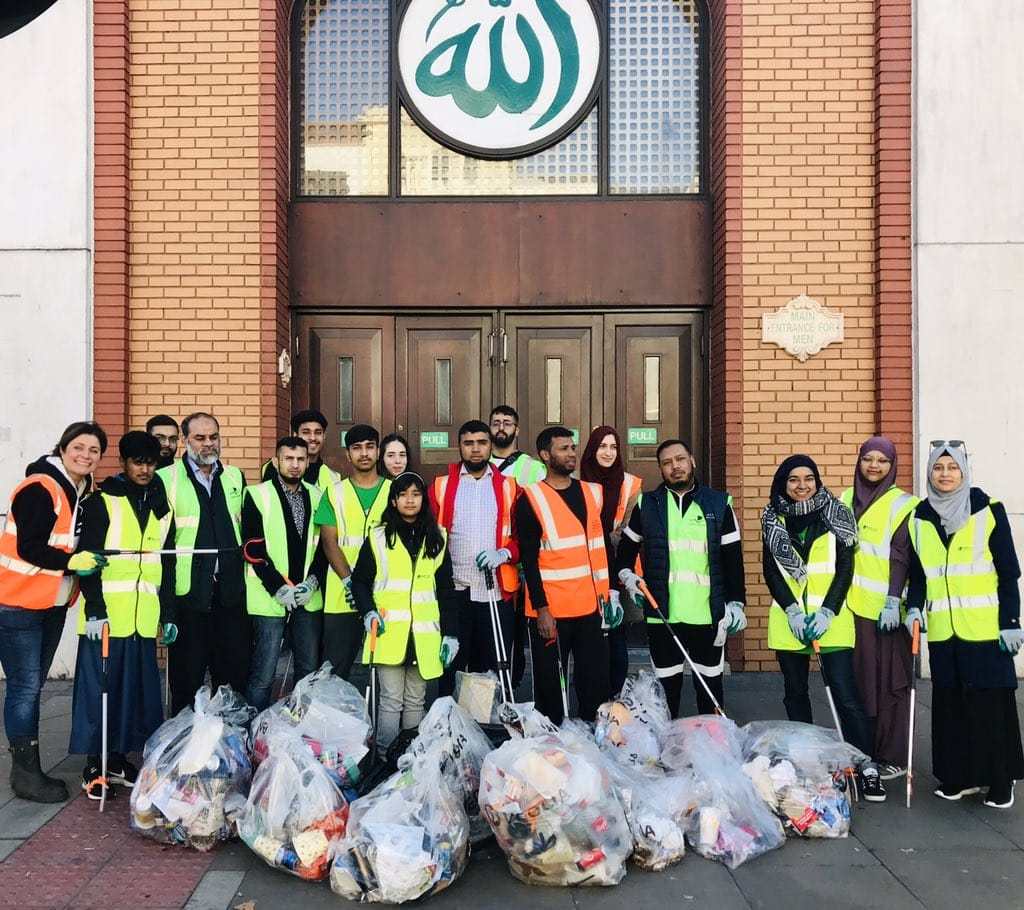 Although Muslims are frequently characterised by negative tropes and stereotypes within media and public discourses, in reality, British Muslims are making positive contributions in all fields of public life, especially with regards to the environment. The mass sit in protest Extinction Rebellion which took place in May 2019 sought to raise awareness about the deterioration of the planet, brought about by technological advancements and the culture of excessive consumption. This environmental activism has found a following in all corners of society, and mosques are leading the way for Muslim communities in doing their part in environmental mindfulness and reducing waste.

Society is overwhelmed with negative stereotypes of Muslims It is far more common for mainstream audiences to have their attention drawn to mosques when they have been the target of a religiously motivated hate crime, or are accused of being a so-called “hotbeds of extremism”. However, in reality, mosques are sources of valuable social engagement and benefit communities as demonstrated by The Muslim Council of Britain’s (MCB) ‘Visit My Mosque’ campaign, which invites local community members of all faiths and none into mosques to demonstrate how Muslims are making positive contributions both locally and in national public life.

In 2019, the theme was ‘Islam and the Environment’ in partnership with Keep Britain Tidy’s ‘Great British Spring Clean’ campaign. Over 250 mosques participated in cleaning local streets up and down the country. MCB also published a Friday sermon for mosques to use to emphasise the importance of looking after the local environment and caring for the planet. It is important to remember that religious buildings are spaces that bring people together and work towards bettering the local community, and the media must highlight the work that mosques, and Muslims, are making to positively impact their local area and wider society.

Another area in which Muslims are actively involved in bettering the world is in efforts to reduce their plastic wastage. Over 100,000 sea life creatures, such as whales, seals, and turtles are killed each year due to plastic waste in the sea. In 2014, East London Mosque, collaborated with Muslim Action for Development & Environment (MADE) to pilot a scheme to use reusable and washable shoe bags to reduce plastic bag usage, and lessen the plastic waste collected in the mosque. The efforts from East London Mosque to curb the everyday use of plastic bags, and other single-use plastics, is a step in the right direction, and must be encouraged.

In a similar vein, Green Lane Masjid in Birmingham announced a ban on plastic bottles in Ramadan 2019. Plastic pollution can take up to 500 years to decompose, with 75% of plastic ends up in landfills. Muslims are taught that human beings have guardianship over the world, and by extension, the environment should be treated with respect. A spokesperson for Green Lane Masjid in Birmingham said that the mosque has over 4,000 congregants in Ramadan and that the mosque distributes “an average of 800 to 1,000 bottles every evening in Ramadan which generates a shocking amount of plastic waste.” The mosque has opted to sell reusable water bottles and install water fountains for worshippers, inspired by the verse 6:141 in the Quran that reminds Muslims to “waste not in excess”.

However, caring for the environment is not simply down to reducing plastic; attempts to live a sustainable lifestyle often include efforts to reduce the consumption of meat. In 2018, Rumi’s Cave and the Rabbani Project held the annual ‘A Green Deen Ethical Iftar’ inspired by the hadith “the world is beautiful and verdant, and verily God, the exalted, had made you His stewards in it, and He sees how you acquit yourselves”. The event served vegetarian food, produced zero plastic waste and minimal food waste, and encouraged participants to bring their own tupperware. Research has frequently shown that reducing meat consumption is the single biggest way to reduce climate change. With what has often been described as a ‘halal hysteria’, Muslims come under pressure for the right to religiously slaughtered meat, however, initiatives such as ‘ethical’ iftars receive no positive media coverage. This demonstrates the need for greater balance in the ways that Muslim communities are represented and understood in society

Muslims are also leading the way in sustainable architecture. Ramadan 2019 saw the first ‘Eco-mosque’ in Cambridge open its doors to congregants. Cambridge Mosque is designed to emphasise the role of Islam in “promoting responsible management of the earth’s resources”. Tim Winter, chairman of the mosque said “Islamic civilisation has been based on the rejection of waste as an under-estimation of God’s blessing.” The building is made entirely from sustainable materials, is energy efficient and kept insulated to minimise CO2 emissions, and has water recycling facilities that use rainwater to supply flushing toilets and irrigation of the ground. The principal architect of the mosque, Julia Barfield, said that the idea was to create “a truly British mosque in the 21st century. This mosque can be a cultural bridge, and takes the environmental message to one of the biggest faith communities in the world.

In media discourse, Muslims are often painted with the brush of extremism yet, inspired by their religion, Muslims are making concerted efforts to better the world around them. Initiatives being pioneered by Muslim communities deserve to be showcased through honest and normalised representations of Muslims in all areas of media and broadcasting. Therefore, MEND strongly urges parliamentarians and policymakers to support initiatives by the broadcasting industry to promote positive portrayals of Muslims in the media.