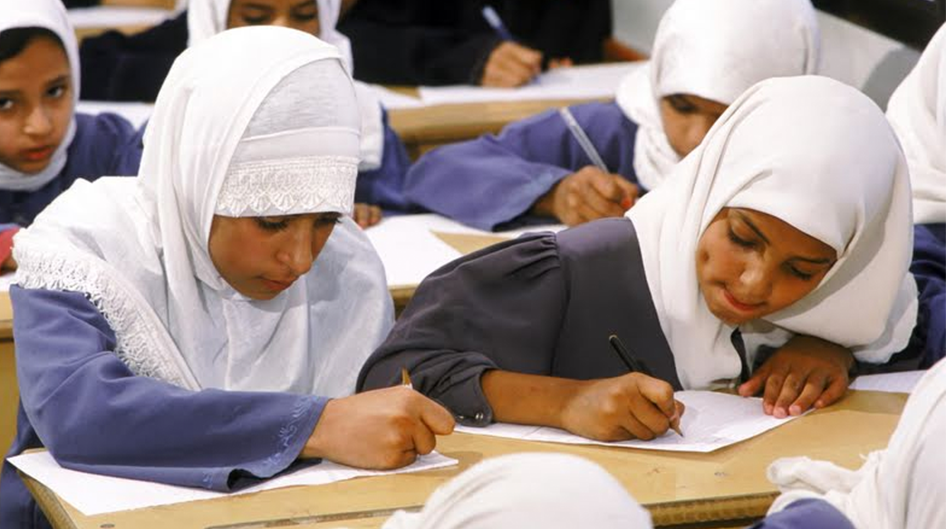 Muslim Engagement and Development (MEND) would like to take this opportunity to respond to Amanda Spielman’s recent recommendations regarding the questioning of Muslim girls who wear the hijab in school.

The recommendation has emerged in response to concerns that the wearing of a hijab by girls as young as four or five “could be interpreted as sexualisation”. In explaining her decision, Spielman adjudged that “inspectors will talk to girls who wear such garments to ascertain why they do so in the school”, and urged “any parent or member of the public who has a concern about fundamentalist groups influencing school policy, or breaching equality law to make a complaint to the school”. Ms Spielman’s comments are alarming for a number of reasons.

We are concerned about the extent of the consultation in the development of this recommendation. The Sunday Times reported that “the move came after Spielman met Muslim women and secular campaigners calling for a ban on the wearing of hijabs in primary schools”. Which ‘Muslim women’ and ‘secular campaigners’ were consulted? From our own enquiries it appears that organisations such as the Muslim Council of Britain and the Association of Muslim Schools were not consulted

Therefore, we ask Ofsted to make clear the individuals and organisations that it met with in forming this recommendation.

Sexualisation and the Equality Act 2010

We note with some alarm the claim that the hijab serves to sexualise young girls, but where is the evidence behind this assertion?

In reality, the issue is one of the comparative tastes and normative behaviours of differing cultural or religious traditions. In the United Kingdom today, the dominant cultural norms of women’s dress dictate that the head remains uncovered. However, this cultural norm is in contrast to the norms of many British Muslims — regardless of whether these norms derive from cultural, religious or ethnic understandings. The accusation that the hijab ‘sexualises’ a girl overlooks the actual lived experience of millions of women that choose to wear the hijab, and do not view it as a ‘sexualising’ piece of clothing.

We could apply a similar argument to religious discrimination. One must ask whether Jewish boys wearing a kippah, or Sikh boys wearing a topknot or a turban, could be considered sexualised too?

The Equality Act 2010 makes it illegal to discriminate against someone on the basis of their religion or belief. Therefore, questioning children who cover their hair solely on the basis that they are Muslim would most likely be in breach of this legislation.

According to the Guardian, Ms Spielman referenced “fundamentalist groups influencing school policy”. The consequence of directly linking the hijab to fundamentalism is to imply that those who chose to wear the hijab must do so out of extremist tendencies. As such, one must also consider whether the wearing of the hijab in primary school will be deemed to be a sign of ‘extremism’, and depending on the nature of any answers given by such children to Ofsted Inspectors, they may be deemed suitable to be referred under the Prevent strategy.

Furthermore, it is strange that Ofsted itself lists “individual liberties” and “mutual respect for and tolerance of those with different faiths and beliefs” as British values, yet this recommendation seems to be breaching the very code Ofsted seeks to implement.

The right to wear religious clothes is protected by the Human Rights Act 1998, which guarantees freedom of thought belief and religion. Furthermore, The UN Declaration on the Rights of Persons belonging to National or Ethnic, Religious and Linguistic Minorities, clearly states that all nations “shall take measures where required to ensure that persons belonging to minorities may exercise fully and effectively all their human rights and fundamental freedoms without any discrimination and in full equality before the law.”

Naturally, the wearing of a hijab by a child falls within the remit of a parental responsibility, which dictates that it is within the parents’ rights “to make decisions about the child’s care and upbringing and to administer the child’s property.” On what basis is Ofsted questioning this right to wear a hijab if there is no demonstrable adverse impact on the child’s emotional or educational wellbeing, and it is in accordance with the school’s uniform policy?

We call upon concerned parents and individuals to write to Ofsted to express their concerns.

In the light of our concerns that Ofsted has not conducted a wide-ranging consultation to ascertain the views of a representative cross-section of the Muslim community we would like to meet with Ofsted to share our concerns in person.

However, if Ofsted do not ultimately engage in a constructive dialogue and choose not to reverse this decision, the we will have no alternative but to resort to legal action in fighting this discriminatory guidance.

MEND Press Release: Over 40 community organisations in Yorkshire call upon the Yorkshire County Cricket Club to investigate institutional racism within the Club