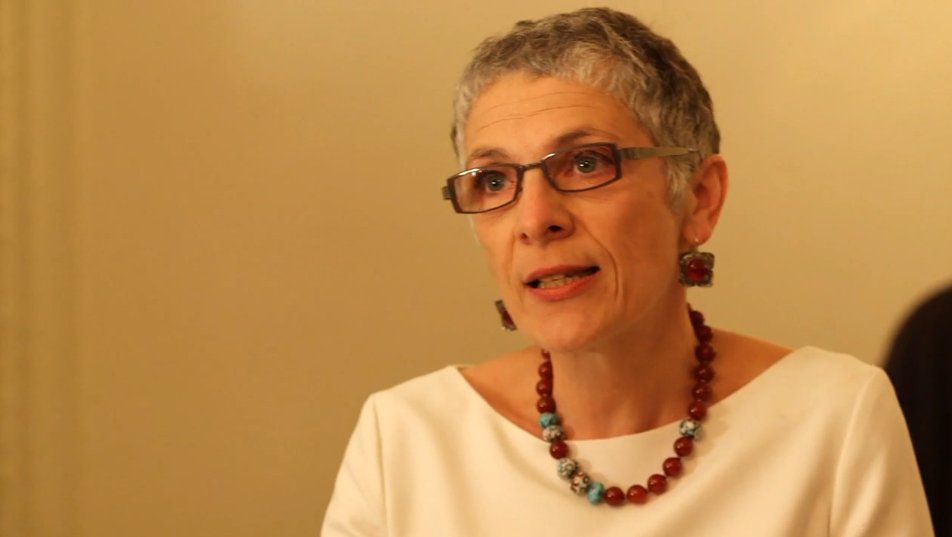 In reviewing the newspapers on Sky News on 20 June, Melanie Phillips made outrageous sweeping statements concerning the world’s 1.6 billion Muslims. She begins by stating that:

The problem being faced by not just Britain, not just the West, but the whole of the free world, and the not-Muslim-enough world, is the problem of religious Islamic fanaticism.

She is then reminded that the attack on Finsbury Park – which was dominating the news and the topic under discussion – was in fact an attack carried out on Muslims; not by Muslims. She responds by stating:

Finsbury Park has been leapt upon by the people who want to pretend that the real problem facing the world is not Islamic religious fanaticism; has been leapt on by people saying “you see? It’s nothing to do with Islam. It’s basically a problem of terrorism.” It’s not true. There is every difference in the world between an interpretation of the religion, which is inspiring millions of people to try to kill others.”

She then goes on to misquote the Egyptian military dictator President Sisi. According to Phillips, he supposedly said “We cannot anymore have a situation where 1.6 billion Muslims are trying to murder the rest of the world.” This would appear to corroborate her generalizing of millions of people as violent killers.

Firstly, this quote is taken completely out of context, and secondly, it is not even what Sisi said. He actually asked a rhetorical question: “Does this mean that 1.6 billion people (Muslims) should want to kill the rest of the world’s inhabitants — that is 7 billion — so that they themselves may live? Impossible!​”

Phillips’ adoption of her freely-edited version of Sisi’s quote calls into question the accuracy of the information she provided on the Sky News programme, and – particularly when combined with her arguments in general – clearly contravenes many of the clauses contained in the Broadcaster’s Code of Practice as set forth by the regulatory body, Ofcom.

Ways in which her statements breach the code are detailed below:

2.2 “Factual programmes or items or portrayals of factual matters must not materially mislead the audience.”

5.2   “Significant mistakes in news should normally be acknowledged and corrected on air quickly (or, in the case of BBC ODPS, corrected quickly). Corrections should be appropriately scheduled”.

The fact that Phillips entirely misquoted President Sisi is obviously materially misleading and has not been acknowledged, nor corrected by Sky News.

3.1 “Material likely to encourage or incite the commission of crime or to lead to disorder must not be included in television or radio services or BBC ODPS.

3.2 “Material which contains hate speech must not be included in television and radio programmes or BBC ODPS except where it is justified by the context.”

3.3 “Material which contains abusive or derogatory treatment of individuals, groups, religions or communities, must not be included in television and radio services or BBC ODPS except where it is justified by the context.”

NOTE: “Material” may include hate speech which is likely to encourage criminal activity or lead to disorder. Meaning of “hate speech”: all forms of expression which spread, incite, promote or justify hatred based on intolerance on the grounds of disability, ethnicity, gender, gender reassignment, nationality, race, religion, or sexual orientation.”

Recent times have seen surges in Islamophobic attacks – increases reaching 500%. We live in an atmosphere where prejudice, intimidation and violence against Muslim communities have become firmly established and normalised. Furthermore, the attack on Finsbury Park has been described as a “revenge attack” by many right-wing media outlets on multiple occasions. As such, Melanie Philips’ inaccurate and indefensible claims that serve to whitewash all Muslims as violent killers fuels these current tensions and, for some, justify violence and hatred against communities that are already vulnerable and stigmatised.

Consequently, her assertions that criminalise all Muslims must be seen as:

7.1 Broadcasters must avoid unjust or unfair treatment of individuals or organisations in programmes.

Criminalising whole communities on the basis of religion is a clear example of unjust and unfair treatment.

Considering these breaches in the Broadcaster’s Code of Practice, we urge Ofcom to take firm and immediate action.

See our action alert and get involved here.