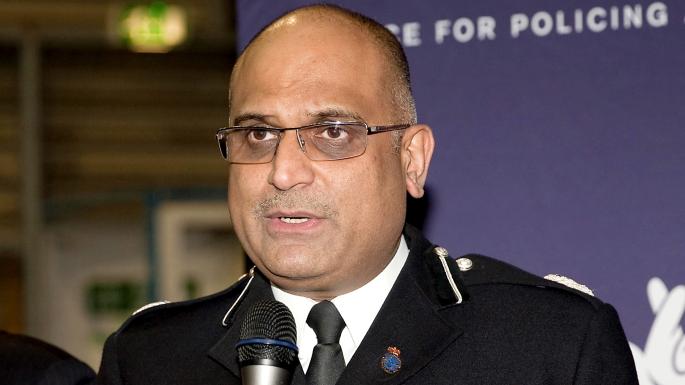 There was something depressingly familiar about Mak Chishty’s article in the Times this weekend. What is depressing is that, once again, we have a person who has been in a position to positively influence the implementation and outcome of counterterrorism strategies, but is instead playing the counter-productive blame-game.

Chishty himself is far from a popular figure amongst large swathes of British Muslims. This reputation is fuelled by several comically misguided past statements, such as when he claimed that Muslims who stopped eating at McDonalds, or shopping at Marks and Spencers are showing signs of radicalisation. If only it were as simple as Chishty suggests. If only we could profile the queues at Nandos, or analyse purchasing trends at Tescos – perhaps focusing on those who switch from buying ‘British’ potato salads to ‘Middle Eastern’ hummus.

In this recent article, and in the wake of the London Bridge terror attack, Mak Chishty discusses, quite passionately, how he considers Muslim communities to have “failed in combating extremism.”

Firstly, (and somewhat obviously) it is interesting that Chishty makes no mention to the fact that Muslim communities made several attempts to prevent the attacks at both London Bridge and Manchester Arena – indeed, Muslim communities, leaders and individuals did everything they could to make the authorities aware of the danger that the perpetrators posed.

Khuram Butt, the apparent ringleader of the attack, had been reported to police for attempting to radicalise children and had appeared in the 2016 Channel 4 documentary, The Jihadis Next Door. A senior figure at a local mosque had even reported the Ummah Fitness Centre – where Butt worked – to the police, and Butt had been barred from two local mosques.

Meanwhile, Muslim communities were also heavily invested in making authorities aware of Salman Ramadan Abedi – the bomber in the attack on Manchester Arena, which occurred just weeks before the atrocity on London Bridge. It appears that local Muslims informed the authorities of the danger posed by Abedi on at least five separate occasions in the five years prior to the attack.

Considering this, it is surprising that Chishty – someone who bases his legitimacy on his previous position within the police force on one hand, and his belonging to Muslim communities on the other – would focus his criticism exclusively on Muslim communities when he can only be fully aware of the efforts that these communities made in attempting to prevent these individuals from committing such atrocities.

Secondly, Chishty attacks Muslim leaders for being “reluctant to tackle properly the silent killer that is Islamist extremism.” According to Chishty, even when leaders do condemn extremist ideology, “their words are stage-managed and hollow.”

How can Chishty possibly know this? Such a claim is patronising at best, and defamatory and offensive at worst. In 2014, when over 100 British Imams called for the release of Alan Henning and denounced ISIS-inspired ideology, did they all secretly support ISIS? Were their words merely for ‘show’?

Supporters of violent extremists operate at the margins of society. Many Muslim organisations have launched initiatives to actively engage British Muslims in mainstream society, whether this be through strategies designed to improve community cohesion, promote social justice, or foster engagement in the electoral process, to name but a few.

Indeed, the best way to tackle extremism is through encouraging Muslims to become active citizens. Shining examples of this were seen in the aftermath of the recent attacks in Manchester and London. Muslim taxi drivers gave free rides, Muslim charities and organisations launched fundraising campaigns for the victims (mend – an organisation that Chishty so easily condemns without explanation or evidential analysis – raised roughly £38k for this cause), Muslim healthcare professionals worked tirelessly to save the lives of the injured, and there were candlelit vigils and countless other acts of solidarity that emerged from within Muslim communities. At the same time, over 130 imams refused to bury or perform funeral prayers for the perpetrators of the London attack – the significance of which should not be understated.

Therefore, Chishty’s claim that Muslim responses and rejections of violence are “stage-managed and hollow” is incredibly disrespectful in light of the efforts that have been made and the solidarity that has been shown.

Muslims are constantly denouncing atrocities that have been committed in the name of Islam. This is evident from the 712 page Google document listing the times that Muslims have condemned such violent acts. The Google doc also inspired the interactive website muslimscondemn.com, which documents cases of when Muslims have condemned wrongdoings done falsely in the name of Islam.

A further issue with Chishty’s assertion that Muslim condemnation of violence is insincere, is the discriminatory way in which this allegation is applied to Muslim communities compared to other social, political and religious groups.

For example, when a white supremacist commits similar atrocities (the shooting in a mosque in Quebec, the two German soldiers who disguised themselves as Syrian refugees in order to carry out a terrorist act and blame it on refugees, the white supremacist attack in Portland), not only do these atrocities not receive the same media coverage, but they are not followed by calls for all white people to condemn these acts. In the same way, all Christians aren’t required to condemn the hate and violence committed by the KKK.

There is no such call because their condemnation is assumed and accepted.

Chishty should be aware that falsely accusing Muslims of a lack of sincerity in tackling and condemning violence undertaken in the name of Islam is not only contradicted by all available evidence, but is also hugely damaging to community relations and unfairly singles out British Muslims as ‘problematic’. The huge majority of British Muslims are hardworking people who have exactly the same fears, worries and stresses as every other person. They are equally concerned about terrorism – they don’t want their children to be injured in violent attacks any more than anyone else. The difference is that Muslims are not only vulnerable to being victims of such attacks, they are also vulnerable to the hatred and scapegoating that follows these attacks as well.

Thirdly, Chishty states that “a regulatory body should be set up by Muslim scholars, academics and other professionals to offer guidelines on regulating Friday sermons within mosques around Britain to ensure that freedom of religious expression is in line with our British values.”

Once again, Chishty’s argument defies evidential analysis. A report of the Home Affairs Select Committee, entitled “Roots of Violent Radicalisation”, concluded that there is no evidence to show that mosques incubate radicalisation. As such, it is odd that Chishty would recommend regulating spaces without offering any evidence to support his argument.

If his argument is based on ‘prevention’ and early-intervention, then we must ask whether he would also support similar pre-emptive regulation of other religious figures and places of worship, for example synagogues, gurwaras and mandirs. Would he also perhaps support the surveillance of community clubs frequented by members of far-right organisations?

Fourthly, Chishty makes the wild accusation that “Without targeting Islamism and naming and shaming Muslim organisations such as Cage and Muslim Engagement and Development (Mend), we risk having our safety and security threatened forever.” To even begin to speculate on this nonsensical claim would be to give it credence that it does not deserve. However, we would challenge Chishty to produce evidence to support such an assertion.

It is of course true that mend have questioned the effectiveness of the PREVENT strategy and called for its improvement. However, this is in agreement with many other organisations and individuals, including the NUS, NUT, numerous academics, and the Mayor of Greater Manchester, Andy Burnham. Is Chishty suggesting that all these people are also Islamist extremists endangering the safety of our country?

Contrary to Chishty’s accusations of shame, mend is proud to present itself as the foremost Muslim organisation at the grassroots level. In its mission to tackle Islamophobia via advocacy and media engagement coupled with empowering British Muslims with media and political literacy, it has gained both community recognition and global accolades (for example, the World Economic Forum ranked mend’s work as an example of ‘best practice’ in human rights protection and promotion).

Chishty ends his article with a concluding remark: “Many young Muslim men and women have approached me to form a “one million march” opposing extremism. Now is the time to do it.”

We look forward to seeing whether this comes to fruition.

Considering Chishty’s previous reputation, something that he should bear in mind is that he can only further isolate himself from much of the Muslim community with myopic, one-sided analyses that are unsupported by evidence and target a community already feeling stigmatised, vulnerable and under pressure.

Consequently, if this “one million march” is ever to happen, it certainly won’t be inspired by Chishty.