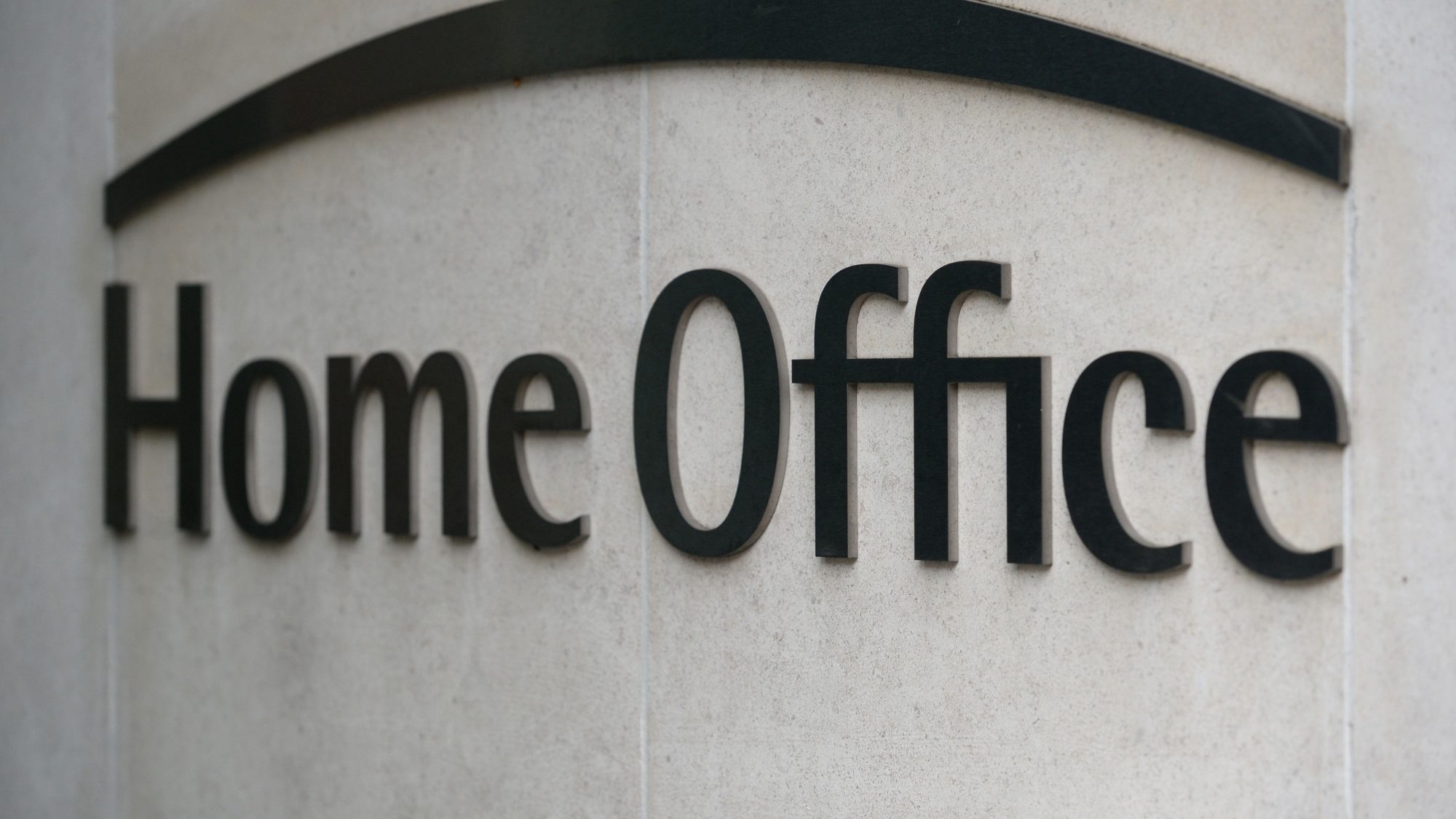 The latest hate crime figures released by the Home Office, 16th October 2018, illustrate the continuation of a worrying trend affecting minority communities. This year’s figures, covering the period between April 2017 and March 2018 (2017/18), again depict a rise in the number of incidents of racially- and religiously-aggravated hate crimes, and provide an acute insight into the threat.

Hate crime is defined by the Home Office as “any criminal offence which is perceived, by the victim or any other person, to be motivated by a hostility or prejudice based on a person’s race/religion/sexual orientation/disability/ or who is transgender, or perceived race/religion/sexual orientation/disability/ or who is perceived to be transgender”.

The figures show that in 2017/18 there were 71,251 incidents of racially-aggravated hate crimes, a significant 14% rise (62,685) on the previous year. The number of incidents amount to around 1,370 offences every week and nearly 200 every single day. The total number of religiously-aggravated hate crimes that occurred in 2017/18 is 8,336 which translates to around 160 offences every week and 23 offences every single day. 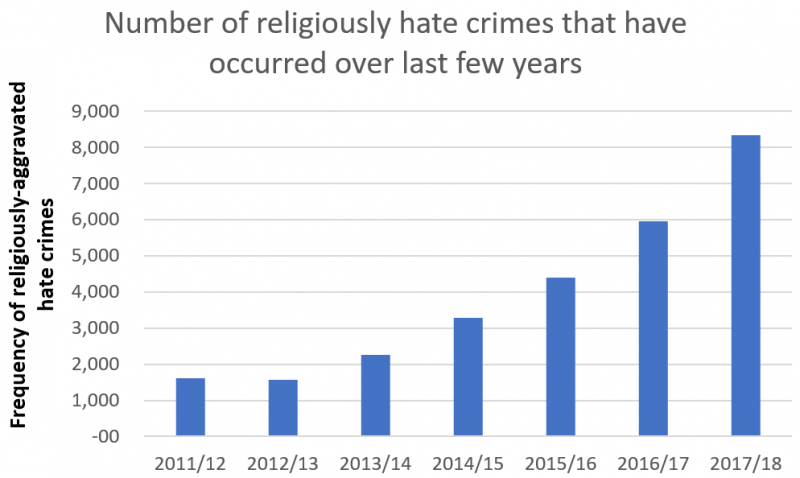 It is also important to note that number of reported hate crimes are a fraction of incidents that actually occur, with a significant number of cases not being reported due to various factors such as: intimidation by suspect; anxiety from incident; ignorance as to how to report the incident. This may also partly be because of misreporting of religiously-aggravated hate crimes as racially-aggravated hate crimes. This may arise because it is difficult to determine what is the true motivation of a perpetrator e.g. they may shout “P**I” at a visibly-Muslim woman which may make it difficult in determining whether the perpetrator was enraged because of the person’s ethnicity or because they looked Muslim.

The Home Office, therefore, also provided a conservative estimate as to how many religiously-aggravated hate crimes actually occur. This was derived using incidence rates and population estimates.

The Home Office estimates that there may have been around 39,000 religiously-aggravated hate crimes, nearly five times the recorded offences. It is, therefore, imperative that further initiatives are promoted, to encourage reporting to ascertain the true number of incidents, such as the promotion of third-party reporting centres.

MEND’s Islamophobia Response Unit (IRU), established in April 2017, in its first year helped hundreds of individuals deal with incidents of hate crime. Due to the historical distrust between some Muslim communities and the police, it is imperative that the Government funds projects that develop bridges between the community and the police; and, supports projects such as the IRU which can access groups that are traditionally marginalised by societal structures. The data from the Home Office also provide a breakdown of the hate crimes, allowing for inspection of the distribution of offences flagged as religiously-aggravated hate crimes. The majority, 54%, of the hate crimes relate to public order offences which can constitute: intentional harassment, alarm or distress; and threatening, abusive or insulting behaviour. However, worryingly nearly a third, 32%, relate to more serious crimes such as clear violence against the victim or criminal damage and arson. As such, the seriousness of the threat cannot be understated.

It is then troubling to note that the majority of offences, more than 80% of the time, do not lead to charge or summons. For public order offences, only 13% resulted in charge/summons; for criminal damage and arson, only 5%; and, for violence against victims, only 10%. The figures highlight an alarming and disturbing rise in racially- and/or religiously-aggravated hate crimes reaffirming the need for the Government, the Crown Prosecution Service, police forces and all citizens to continue to be vigilant against the threat. Further initiatives are imperative in promoting the reporting of hate crimes and ascertaining the true scale of the problem. A formal review must be carried out to determine why such a low number of religiously-aggravated hate crimes lead to charge or summons. Is the problem at the reporting stages? Is the problem due to people choosing not to advance their case? Is the problem in the way the case is handled by the police? All these questions and more can only be answered if the issue is thoroughly investigated.