Home » News » IAM in the context of Brexit

IAM in the context of Brexit 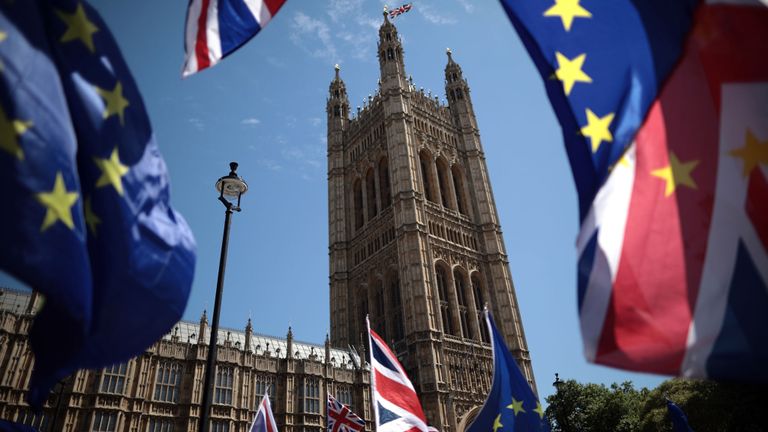 November marks Islamophobia Awareness Month (IAM), a time during which many misconceptions and stereotypes surrounding Islam and Muslims are challenged and deconstructed by highlighting the valuable contributions of British Muslims to our society.

Brexit has arguably made the supporting of IAM more essential than ever before. The campaigning and the aftermath surrounding the EU referendum in 2016 has been pointed to as a pivotal moment in the polarisation of political discourse; emboldening racist language. and galvanising the confidence of individuals to feel justified in performing public displays of xenophobia, racism, and Islamophobia. Therefore, supporting a month which highlights the positive contributions of Muslims in the UK is a significant counterbalance to the Islamophobia and populist narratives which have permeated popular discourse over recent years.

Xenophobia and hostility towards immigrant and minority communities has been shown to be a central characteristic of the rhetoric surrounding the Brexit campaign. On the same morning as the assassination of Jo Cox, Nigel Farage, the now-leader of the Brexit Party, stood in front the infamous “breaking point” anti-immigration poster. Yet, despite complaints to the police regarding the inappropriateness of the poster, it was allowed to remain public, with Mr Farage even stating that: “it won us the referendum”. Within the campaigning tactics deployed by the Leave campaign, themes of threat and intolerance were interwoven with political stances on immigration as a thinly veiled prejudicial attack against minority communities in Britain. Indeed, Alex Sobel MP pointed to the manner in which the poster “created a culture of fear and intolerance”.

In the continuing aftermath of the 2016 referendum and the ensuing political anarchy, campaigns such as IAM are crucial to counteracting the damaging and disparaging narratives that have been propagated and perpetuated by political and popular discourses, with minority communities serving as the political football in a game with no winners.

Reports of racist hatred and discrimination have risen significantly across the UK since the results of the referendum. In 2019, 71% of people from ethnic minorities reported having been the victim of racial discrimination, compared with 58% in January 2016. Similarly, the proportion of people from ethnic minority backgrounds who reported being a target of abuse by a stranger rose from 64% in January 2016 to 76% in February 2019. Far from Douglas Murray’s suggestions that the British public has not become more hateful in the ensuing years, such revelations actually serve as evidence that political discourse over recent years has created a climate in which those who hold prejudicial and xenophobic sentiments are becoming increasingly confident and justified in deploying overt abuse or discrimination against members of the UK’s minority communities.

IAM provides a grounding counter-narrative to this divisive atmosphere and attempts to dismantle the commonly perpetuated dichotomy of an ‘us’ vs ‘them’, in which minority communities are presented as outside of and in contrast to what it means to be ‘British’.

With over 120 events happening across the country throughout November, there are opportunities for everyone to show their support for an inclusive British identity that celebrates the contributions of minority communities and recognises the value of the shared histories that have built the country and the freedoms that we enjoy today.

To get involved with the IAM campaign: