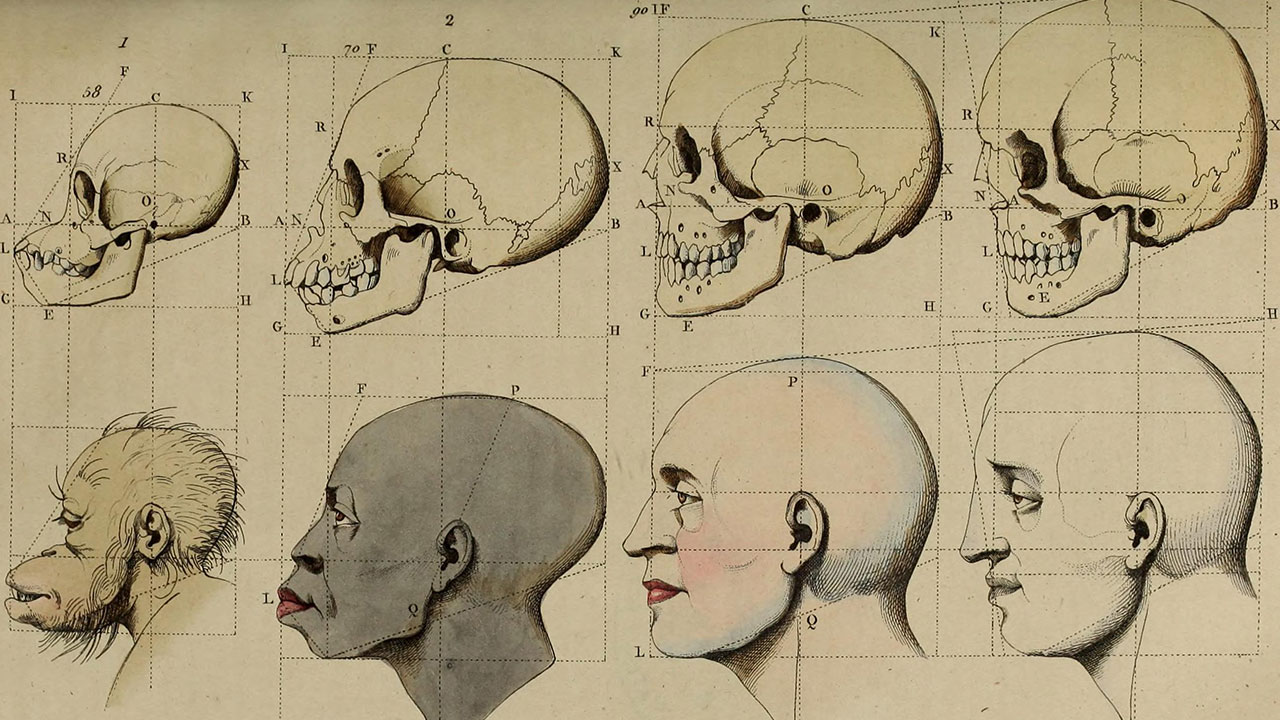 Over the centuries, ‘science’, or more accurately ‘pseudoscience’, has often been used by prejudicial, racist and supremacy-aligned actors to justify their views and hates. As contemporary far-right movements again utilise an array of pseudoscientific facts, individuals are starting to reclaim the banner of ‘science’ and utilise scientific knowledge to challenge baseless narratives. This is part of a broader trend to challenge long-held ‘truths’ within society that extend from the biases of particular groups, including the legacy of colonialist and orientalist academics.

The use of genetics has a long and troubling relationship with racism, infamously being utilised by the Nazi regime to justify the holocaust through the idea of eugenics (i.e. individuals with Jewish heritage being considered genetically and phenotypically sub-human). Contemporary far-right movements, having disowned eugenic-based theories, are utilising distorted research papers based on the human genome to argue that individuals of African heritage are genetically distinct to the rest of humanity. In one case, a research paper demonstrated a possible link between the ability to digest lactose as adults (commonly turned off after childhood) and genetic genealogy that could be traced back to cattle herders in Europe 5,000 years ago. The research was jumped upon by a number of far-right groups, including some who organised events where they would gather and drink large amounts of milk; the idea of White identity revolving around a white drink was perfect for them. However, what was ignored was that research has shown that a similar mutation also occurred in cattle breeders in East Africa. This is but one example of how far-right groups are utilising distorted research to justify their racist views demonstrating a clear need for a counter-movement that is able to effectively utilise science to challenge their manipulated narratives.

The new book by Adam Rutherford, “How to Argue With a Racist” seeks to equip individuals with sufficient scientific knowledge to be able to challenge such pseudoscience. One argument that Rutherford seeks to dismantle is the idea of being ‘pure blood’ frequently utilised in supremacist circles. Rutherford notes that “There are no purebred humans”, that the history of humanity is one of complicated networks of relationships that are inexplicably tangled within one another. Notable incidents have occurred where neo-Nazis and White supremacists have undertaken DNA tests and found that they share genetic heritage from African ancestors. White supremacist leader, Craig Cobb, who advocates for a racial holy war against non-Whites found out he had 14% sub-Saharan African ancestry (Cobb quickly sought to dismiss the results after claiming ‘statistical noise’). Therefore, whilst the idea of pure heritage is still prominent within white supremacist circles, a basic understanding of human history of genetics can easily refute such arguments. The issue of purity is one of many that Rutherford seeks to challenge in his book, and equips the reader with sufficient understanding to be able to challenge such rhetoric themselves.

The book comes as part of a broader trend of people challenging orientalist narratives that are still active within society and which are having a detrimental impact on education. Elizabeth Charles, Assistant Director of Library Services Birkbeck, noted that research shows that there is an evident gap between BAME students and non-BAME students academic achievements even though upon entrance the two groups have similar qualifications. When the University of the Arts, London, made changes to their course structure (including hosting workshops on implicit bias, stereotype threat, and growth mindsets, and introducing ‘Decolonising the Arts Curriculum One College at a Time’ project), they saw a 4% reduction in the differentials between undergraduate students of colour and white students achieving a first or upper-second-class degree. Therefore, the continual legacy of orientalist narratives is still holding minority communities back and failing to progress society.

In an age of social media, when ‘a lie is able to travel around the world and back again whilst the truth is lacing up its boots’, the importance of challenging pseudoscience cannot be overstated. As contemporary far-right movements actively utilise distorted versions of science to propagate hate, the duty of equipping ourselves with knowledge and utilising this knowledge is paramount.

For further interest, Dr Adam Rutherford will be giving a talk at the University of Cambridge on the 20th of March to discuss the book and the themes it covers. The description of the event: Race is real because we perceive it. Racism is real because we enact it. But the appeal to science to strengthen racist ideologies is on the rise. Science writer and broadcaster, Dr Adam Rutherford, argues that, if understood correctly, science and history can be powerful allies against racism, granting the clearest view of how people actually are, rather than how we judge them to be.