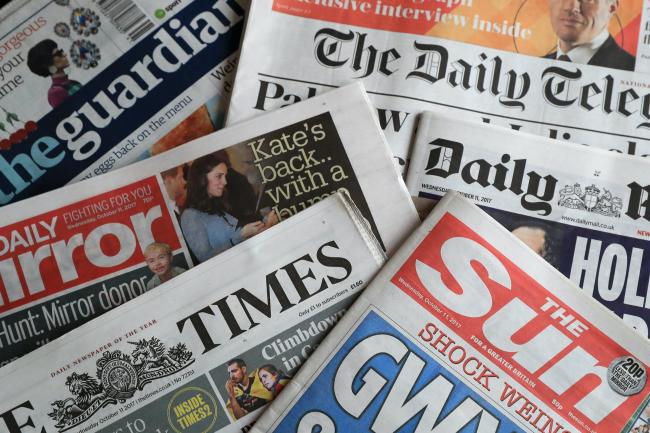 The 27th of August marked the day that judgement was finally handed down to the far-right terrorist who perpetrated the Christchurch terror attack on mosques in New Zealand last year.

He was one of a number of far-right terrorists who carried out (or attempted to carry out) terror attacks in 2019, others including Vincent Fuller, John Earnest and Patrick Crusius.

Concerningly, despite far-right terrorism being the fastest-growing terror threat in recent years, the Centre for Media Monitoring (CfMM)’s new report found that the media coverage of terrorism has remained inconsistent, and prone to depicting Muslim communities as being uniquely at risk of being “terrorists”.

The report, entitled How the British Media Reports on Terrorism, corroborates previous research and highlights how the terms “terrorist”, “terrorism”, or “terror” are used primarily with the terms “Islam” or “Muslim” – almost nine times more than when the perpetrator was identified as “far-right”, “neo-Nazi” or “white supremacist”. Consequently, there remains a disparity in the use of the label “terrorists” between “Muslim” and “non-Muslim” perpetrators, which inadvertently perpetuates the flawed idea that Muslim communities are uniquely at risk of radicalisation.

Likewise in the US context, in her article entitled: Why Do Some Terrorist Attacks Receive More Media Attention Than Others?, American academic, Erin M. Kearns, argued that the religion of a perpetrator is the single largest impactor of news coverage. Indeed, the research notes that attacks by “Muslim” perpetrators in the US between 2006 and 2015 received, on average, 357% more coverage than other attacks (compared to “non-Muslim” counterparts), explaining why the public tended to fear the “Muslim terrorist” while generally ignoring other other pertinent threats.

Another group, Signal AI, a self-described “AI-powered business intelligence and media monitoring company”, analysed thousands of articles to do with far-right and Islamist “terrorism” and also noted a disparity. Signal AI’s media monitoring tool scanned over 200,000 articles on 11 different attacks and found that Muslim perpetrators were labelled “terrorists” 78.4% of the time. In contrast, far-right perpetrators were only identified as “terrorists”, 23.6% of the time.

The CfMM report further details how the media frequently presents the perpetrator in far-right attacks as a ‘lone wolf’, suggesting that their actions are less dangerous because the problem was solitary and has thus been dealt with. By contrast, similar presentation is rarely applied to Muslim attackers who act alone.

It is important to note that whilst individual non-Muslim perpetrators may seemingly act without orders from any association or leader, many are still part of a more extensive network online where they foster and reinforce prejudice; encourage and glorify attacks; and, inspire and copy one another.

One of the few exceptions to the media’s general failure to call out far-right attacks as terrorism was in the case of the Christchurch attack – largely as a consequence of Jacinda Arden’s intervention. Only hours after the attack on the 15th of March 2019, New Zealand’s Prime Minister Jacinda Ardern declared: “It is clear that this can now only be described as a terrorist attack”. Within an hour of her statement, the majority of publications in the UK began labelling it as a terror attack (previously the majority chose not to mention “terrorism” in their respective articles). Ardern’s intervention showed just how effective the condemnation and labelling of terrorism from a political leader can truly be.

However, the CfMM report also documents the Hanau terror attack in February of this year, in which a far-right extremist went on a shooting spree, killing nine people in two shisha bars (most of whom were Muslims belonging to Gernamy’s Kurdish community), before killing both his mother and himself. Before the attack, the attacker published a manifesto on his website expressing his far-right views and deep hatred for Muslims.

The CfMM report states that: “Twelve hours after the first reports emerged of the mass shooting, the UK online national news media did not use the words ‘terror’, ‘terrorist’ or ‘terrorism’ in any headlines or articles relating to the incident”. The report adds: “This [is] despite the… facts being known at the time”.

Ultimately, as the CfMM report says, “terrorism” has become synonymous with “Muslims”. The disproportionate and selective use of the term’s “terrorist”, “terrorism” or “terror” thus leads to the demonisation of Muslims and the fostering of Islamophobic sentiment across society.

Overcoming such a situation requires a variety of interventions. MEND therefore calls upon policymakers to: