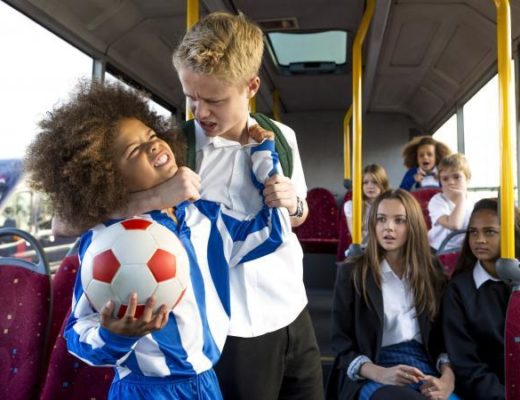 A study from the NSPCC has found that children are attempting to whiten their skin in an effort to avoid being victims of abuse. According to the NSPCC, this comes as racial abuse and bullying recorded by police of under-18s in the UK rose by 22% in three years, from 8,683 in 2015/16 to 9,752 in 2016/17, and finally to 10,571 in 2017/18. This suggests that expressions of hate, such as Islamophobia, know no boundaries, and unless they are tackled head on, they risk becoming embedded in all corners of society.

John Cameron, Head of Childline, notes that failing to tackle hate crimes in places like schools risks causing long-term emotional harm to children and aggravating existing divisions in society. The Government must, therefore, commit to developing training programmes for teachers focussed on tackling and addressing bullying based on race, religion, disability, or sexuality.

Having such training and educational programmes in place is particularly important given the current political atmosphere surrounding Brexit, described as “febrile” by some police chiefs, which has seen an unprecedented rise in hate crime as a result of inflammatory rhetoric that has been mobilised in political, media, and public discourse. Neil Basu, the UK’s head of counter-terrorism policing, highlighted how the spike in hate crime witnessed during the 2016 EU referendum “never really receded”. Indeed, there is evidence to suggest racism has risen since the Brexit vote, with 71% of people from ethnic minorities found to have faced discrimination, up from 58% in January 2016. What this continuing rise in hate crime demonstrates is the need to protect against the entrenchment and normalisation of such hatred, with children in particular in need of being taught that the hate they are witnessing is unacceptable.

Muslim schoolchildren are also acutely vulnerable to bullying and abuse following incidents of terror. The counselling service Childline noted a spike in sessions regarding race and faith-based bullying following recent UK attacks, with Muslim children, in particular, being subjected to name-calling and threatened with violence. In 2015, a schoolboy was slapped and called a “terrorist” by classmates after a teacher mentioned one such terror attack. Furthermore, teaching unions and anti-racism groups have recorded a general increase in Islamophobic incidents in schools, with the National Association of Schoolmasters Union of Women Teachers (NASUWT) saying that the rise of such Islamophobic sentiment is creating a climate of “uncertainty and fear” in places of learning. Unless and until teachers are properly trained in how best to protect their classrooms from the surge of hate and intolerance taking place in wider society, the safety and wellbeing of schoolchildren remains at risk.

A victim recently reached out to the Islamophobia Response Unit (IRU) at MEND describing how their sibling was subjected to Islamophobic violence at school, which resulted in serious injury. What made this incident even more worrying was the inaction of the school, to the point that the perpetrators of the violence were bold enough to continue taunting the victim in the school reception without being challenged. To help equip against the helplessness of schools in how best to protect against this type of behaviour being repeated or emulated, school staff must have the appropriate training in place.

To address the continuing issues surrounding prejudice that Muslim and other children face, the Government must commit to developing training programmes for teachers focussed on tackling and addressing bullying based on race, religion, disability, or sexuality. It must also commit to prioritising PSRE and PSHE within the national curriculum and ensure grassroots Muslim organisations are enlisted to assist in developing teaching materials to educate young people on the dangers of Islamophobia.

MEND has already developed many of these resources through working with teachers and Muslim communities across the UK, and by understanding the concerns of victims of Islamophobia who reach out to our IRU team.

If you or anyone you know feel that you may benefit from these programmes or teaching materials, feel free to contact us at info@mend.org.uk.