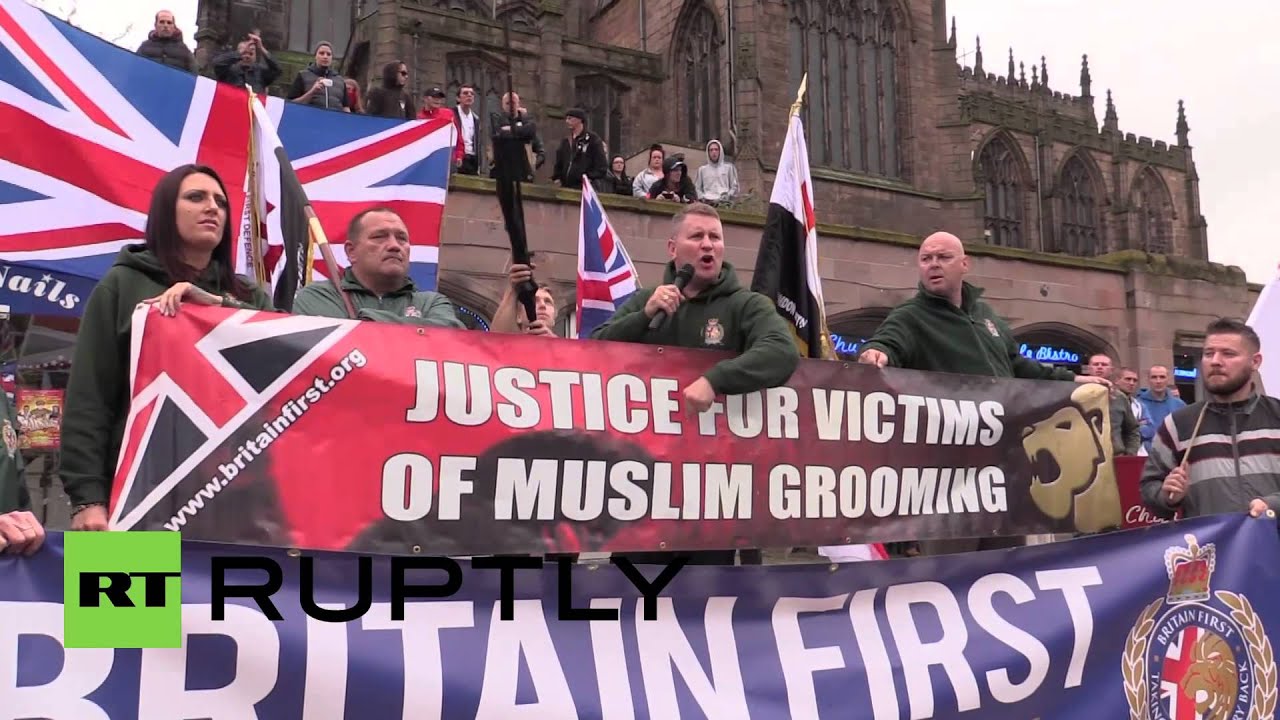 Over recent decades, a number of high-profile cases have highlighted the continued prevalence of the sexual exploitation of children. These include cases from a range of contexts including the entertainment industry, the socio-political elite, and in small towns and cities. The idea of “Muslim/Asian grooming gangs” has become a staple of media narratives around child exploitation, even though academic experts have challenged it multiple times, with a recent paper (behind a paywall) by Dr Ella Cockbain and Waqas Tufail illustrating how the narrative may further harm the victims of CSE.

Dr Ella Cockbain (Associate Professor at UCL in the Department of Security and Crime Science) and Dr Waqas Tufail (Senior Lecturer at Leeds Beckett University) both have extensive knowledge of narratives around CSE, particularly on the formation and impact of the “Muslim grooming gangs” narrative. They note in their recent paper that the narrative has been produced, maintained, and propagated by a range of actors including “liberal actors and the promotion of pseudoscientific ‘research’” that is fundamentally flawed.

Firstly, they note that the phrase “grooming gangs” is biased in itself because it has no legal or social scientific meaning so is malleable for any preconceived Islamophobic or racialised narrative. The idea of “grooming” is not a criminal offence itself, but instead is a reference to a multitude of offences that come under the banner of child sexual abuse (CSA) (e.g. rape, sexual activity with a child). Therefore, statistics that are offered to demonstrate the magnitude of the problem (e.g. by the controversial 2017 Quilliam report on ‘Grooming Gangs’) are conjured by authors in ways that cannot easily be audited. Indeed, there is no clear way of disentangling supposed ‘grooming’ data from police databases rather the figures are conjured to bolster preconceived narratives (as was the case by the 2017 Quilliam report). Dr Cockbain and Dr Tufail compare the narrative with other racialised concepts that were previously (and, to an extent, still are) associated with the criminal justice system, including “muggers” and “super-predators” (tropes about inner-city young black men). The authors note that the ‘Muslim grooming gang’ narrative, like previous racialised concepts, is baseless, not representative of the situation on the ground and results in the criminalisation, marginalisation, and homogenisation of whole communities.

Secondly, Dr Cockbain and Dr Tufail note that the narrative is a product of the simultaneous work of a host of actors, including media outlets, pseudo-research organisations, right-wing extremists and politicians. Extending the example of the Quilliam report, the authors of the report stated that “84% of grooming gang offenders’ are Asian”. Dr Cockbain and Dr Tufail highlighted that the statistic was “deeply misleading” and that when it was challenged, Quilliam staff members instead of justifying the figures sought to make personal attacks against critics. The figure remains impossible to justify and seemingly comprised of cherry-picked cases. However, this figure was still reported on by a number of media outlets including Sky News, The Independent, The Times, and of course Breitbart, which all failed to determine whether the figures were correct, reporting them as fact. Dr Cockbain and Dr Tufail note how the report was then utilised by UKIP politicians, members of the House of Lords, and others to justify tropes against the Muslim community. One politician used the report to justify his claim of “millions of rapes of white and Sikh girls by Muslim men” and “250,000 victims of radical Muslim grooming gangs”. This is but one example of how the pernicious narrative has been kept alive because of the direct and indirect work of multitude of actors.

Finally, and most importantly, the authors of the research paper note that the racialised narrative (‘Muslim/Asian men raping White girls) is a disservice to the real victims of CSE who have had to endure horrific crimes. They note that a study of 9,000 CSE service users found that a third were male and around a fifth were BME (an over-representation), contrary to the ‘evidence’ put forward by pseudo-researchers (e.g. Quilliam’s report alluding to the White identity of victims). The narrative has meant that services that are set up to help CSE victims are “geared towards white girls” overlooking the needs of more diverse users. One victim of CSE stated that “…The amount of abused I’ve had from them for not fitting the agenda/supporting TR [Tommy Robinson] is unbelievable (they were ok talking about my story until they realised I wasn’t abused only by Muslims – then suddenly they felt my kids needed throwing in the English Channel)”.

Therefore, the narrative is not just dangerous in perpetuating Islamophobia and racist tropes but also means that victims of CSE are not being adequately supported. MEND urges the media to exercise high journalistic standards and ensures that sensitive topics (such as that of CSE) are reported accurately and figures are critiqued and not just taken at face value. Likewise, policy must be informed by rigorous academic analyses, a standard which organisations such as the Quilliam Foundation have frequently been proven to fail to achieve.