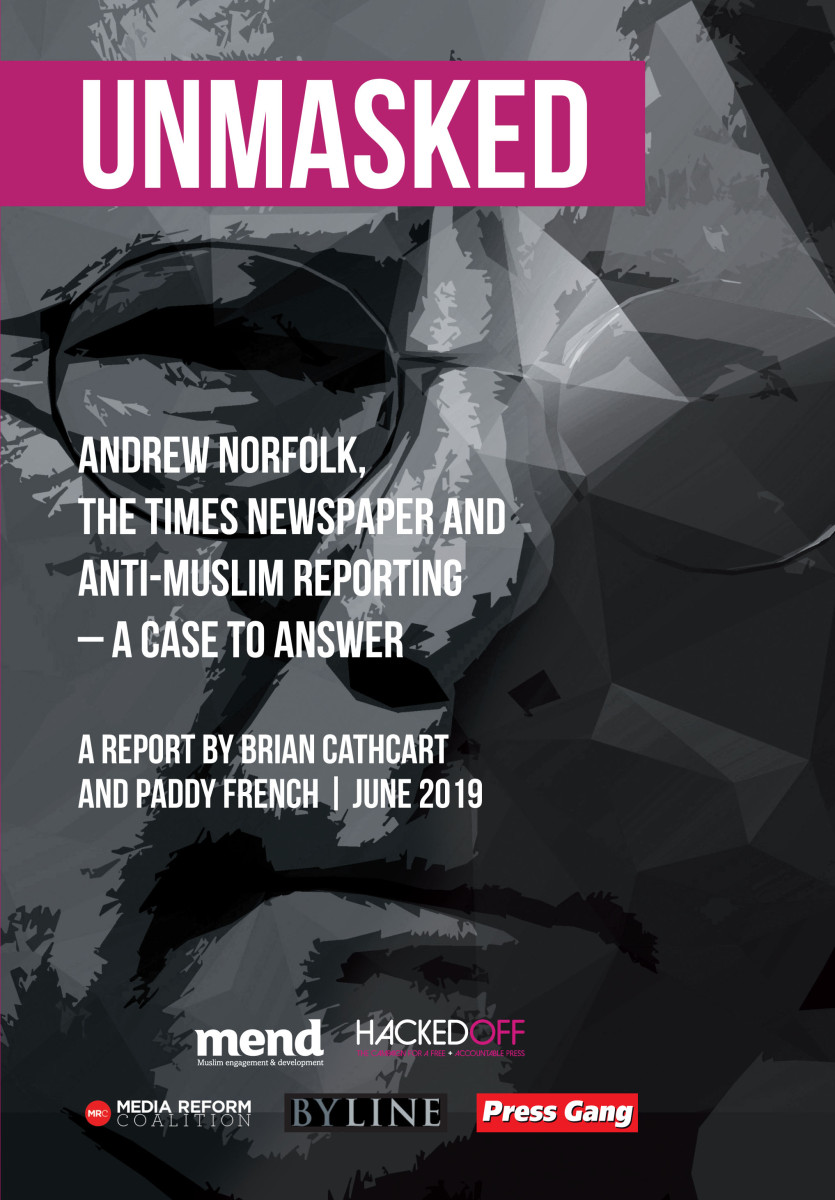 Over recent years, it would have been difficult for many readers to be unaware of several apparent “scandals” centring on British Muslim communities that have been seemingly exposed by the award-winning journalist, Mr Andrew Norfolk. Over a period of 15 months, Norfolk had published three stories; a story from August 2017, “Christian child forced into Muslim foster care”; a story from July 2018, “Terror police boost MP’s security over criticism of Asian sex gangs”; and a story from November 2018, “Jailed rapist given chance to see his victim’s child”.

However, there is an issue that is common amongst these exposés… there is little fact to them

In June 2019, a comprehensive report was published by esteemed academics, Brian Cathcart and Paddy French. The report, “Andrew Norfolk, The Times Newspaper and Anti-Muslim Reporting – A case to answer”, highlights potentially unethical and anti-Muslim editorial practices at the Times. The report examined these three “scandals” as covered by Mr Norfolk and determines that:

The primary finding of the report was that “examination of the facts leads [the authors] to conclude that the scandals Norfolk described did not occur”. The report concludes that the evidence indicating a potential Islamophobic editorial process within the Times necessitates an independent investigation.

It would appear that Norfolk’s history of producing misleading and discriminatory articles is a continuing phenomenon. Indeed, an article published this month appears to prove an ongoing pattern of questionable reporting indicative of a seemingly obsessive anti-Muslim bias in the stories he chooses to address.

An article was published on the 5 August 2019 in The Times concerning Mr Sultan Choudhury, former CEO of Al Rayan Bank. The article appears to be a thinly veiled exercise in smear-by-association tactics predicated upon innuendoes which are seemingly explicitly designed to impeach the character of Mr Choudhury. Ultimately, it would appear that the article is quite purposeful in its concerted attempt to beguile and mislead.

As a leading and reputable publisher that prides itself on journalistic integrity, this case raises urgent questions regarding the Times’ editorial processes that have allowed a baseless narrative to masquerade as objective analysis.

When subjected to any level of intellectual scrutiny, the article suffers from a lack of evidentiary integrity, which is exposed in the fragile and somewhat clumsy connections that Norfolk makes throughout the piece. Particular attention should be assigned to the journalist’s attempt to create a tenuous link between Mr Choudhury and certain ideologies on the grounds of third-degree associations that are without basis in reality. Considering its methodological frailty, it is difficult to identify the article’s fulfilment of any objective credible criteria indicative of critical and independent journalistic inquiry.

The central thrust of Norfolk’s “investigation” is an incorrect conflation between an independent not-for-profit UK based organisation with an overseas-based entity into which Mr Choudhury has had no input. Al Kauthar Foundation Ltd is one of several non-profit making organisations that Mr Choudhury has assisted through providing his expertise as one of the UK’s leading practitioners in Islamic banking and a holder of an impressive array of other academic and professional qualifications. Mr Choudhury has no formal nor legal connection whatsoever to “the global Al Kauthar Institute”, which is a separate organisation and legal entity.

In a letter to Mr Norfolk prior to the publication of his article, this distinction was highlighted on no uncertain terms and Mr Norfolk was warned that such an insinuation could only be seen as a calculated effort undertaken solely for the purposes of damaging Mr Choudhury’s reputation. However, the force of Mr Norfolk’s argument remains premised upon his conflation of Mr Choudhury’s work with Al Kauthar Foundation Ltd in the UK on the one hand, and the work of the Al Kauthar Institute on the other. This conflation thus creates a highly disingenuous impression, especially considering the fact that none of the individuals named in the article as speakers for Al Kauthar Institute lectured at Al Kauthar Foundation during Mr Choudhury’s time as Director, nor are they personally known to him.

Furthermore, the Editor’s Code of Practice issued by IPSO (the regulating body to which the Times is subscribed) dictates that “The Press must take care not to publish inaccurate, misleading or distorted information or images, including headlines not supported by the text.” However, the presentation of the article is particularly misleading and damaging. In its presentation, Mr Choudhury’s picture appears directly under the headline, ‘Female circumcision is like clipping a nail, claimed speaker’. Moreover, the article exists behind a paywall, meaning that non-subscribers to the Times have limited viewing of the article beyond the headline and picture.

Presented in such a manner, it is reasonable for any reader to potentially understand that Mr Choudhury himself endorses or holds such repugnant views regarding FGM. In fact, the headline is referring to a speaker associated with Al Kauthar Institute – the organisation with which Mr Choudhury did not have influence in.

The assumption that the headline is in reference to Mr Choudhury is indeed the interpretation that has been taken by many casual readers. Since its publication, Mr Choudhury has been subjected to public censure through significant backlash, personal threats, and hostility aimed against himself and his family.

The perhaps painful irony of this misunderstanding is that, beyond Mr Choudhury’s own opinion of the practice as abhorrent, his family are key figures in the local community in actively combatting FGM and raising awareness of its danger. It is important that misleading media attacks on individuals and organisations who are genuinely striving for the betterment of society are not allowed to dissuade them from persisting in their efforts. In order to ensure this, it is also important that others who believe in their work continue to support them and defend them in the face of such attacks.

While Mr Choudhury’s legal response will be an interesting case to witness and perhaps precedent setting in its own right, the questions that remain are; how is the Times’ editorial processes allowing such blatantly Islamophobic agendas to permeate its analyses, and how can journalists such as Norfolk be held accountable for repeated instances of seemingly deliberately biased and discriminatory reporting?