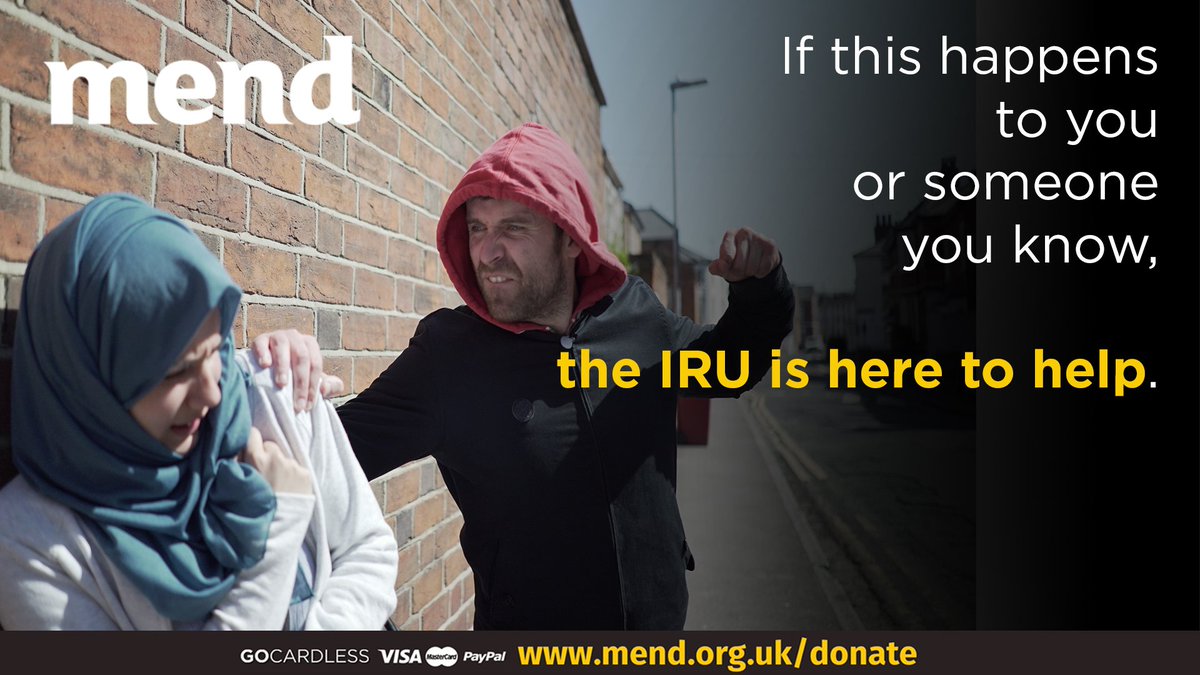 UPDATE: The offender has been charged, and has had been forced to pay compensation of £100.00. In addition, the offender is required to complete 100 hours of work.

On Monday 15th of October 2018, the Islamophobia Response Unit (IRU) received an email from a Muslim female of Black African origin, who for the purpose of this article will be called Fatima, explaining that she had been a victim of racial and Islamophobic abuse. She said that she was on her way to a car boot sale when an argument erupted. The preparator then verbally attacked her by calling her a “F*****g Black Muslim” and proceeded to tell her to go back to the country she came from and that nobody is going to do anything if she reports him.

Fatima was distraught and was repeatedly advised by friends not to report the case to the police as they would not do anything about the incident. Despite this, she contacted the Islamophobia Response Unit (IRU). She shared that she had recently completed the Muslim pilgrimage, Hajj, and had since started wearing the hijab. The hijab is a marker of faith, and makes a wearer look visibly Muslim. Fatima had expressed some anxieties about being targeted for Islamophobic hate crime which were actualised. Her experience was Islamophobic, but there are also elements of racism as well as misogyny.

Many academics have indicated that victims of hate crime experience more extreme mental health consequences in comparison to other types of crime victimisation. Many symptoms of post-traumatic stress disorder (PTSD) are commonly exhibited in victims that have a physical, cognitive, emotional and behavioural impact. The American Psychological Association explains that hate crime happens on two levels “an attack on one’s physical self, but also an attack on one’s very identity”, highlighting the psychological and emotional damage, as well as feelings of vulnerability, anger, fear and depression from the onset of the hate crime.

Since the incident, Fatima has expressed doubts about wearing the hijab. It impacted her confidence and she is fearful something like this, or worse, could happen to her again. The hate crime incident deeply affected her psychologically and Fatima feels that she is no longer safe to publicly practice her faith.

The suspect taunted Fatima that nobody would do anything, which deterred her from reporting the case as she assumed that there was no help available.

The IRU strives to support victims of Islamophobia in the best possible way, offering help every step of the way. When Fatima called the IRU, a caseworker encouraged her to report the incident to the police despite her belief that the police would not help her. Fatima had taken a photograph of the suspect when the incident occurred which helped the police to identify him, and she was granted a court hearing.

In the weeks leading up to the court hearing, Fatima expressed that she did not wish to be seen by the suspect, so the court arranged a curtained section for her from which she could give evidence, if needed, without being seen. On the day, an IRU caseworker attended the court hearing with Fatima, and the perpetrator was found to be guilty. He will attend a court hearing on the 28th of February where a sentence will be given.

Fatima in response to the help provided by the IRU said: “I wanted to say thanks so much for [the IRU] support. I could never have had the great strength to attend the court if not for your kind advise and all. I will also like to commend the kind decision and the role played by the Muslim sister [IRU caseworker] that attended the court. She was a pillar of support”.

She added: “[With] Allah’s will, we will all one day live in a world where every single human regardless of their colour, race or religion are able to live comfortably and happy without fear of harrassment or assault”

Back to Success Stories