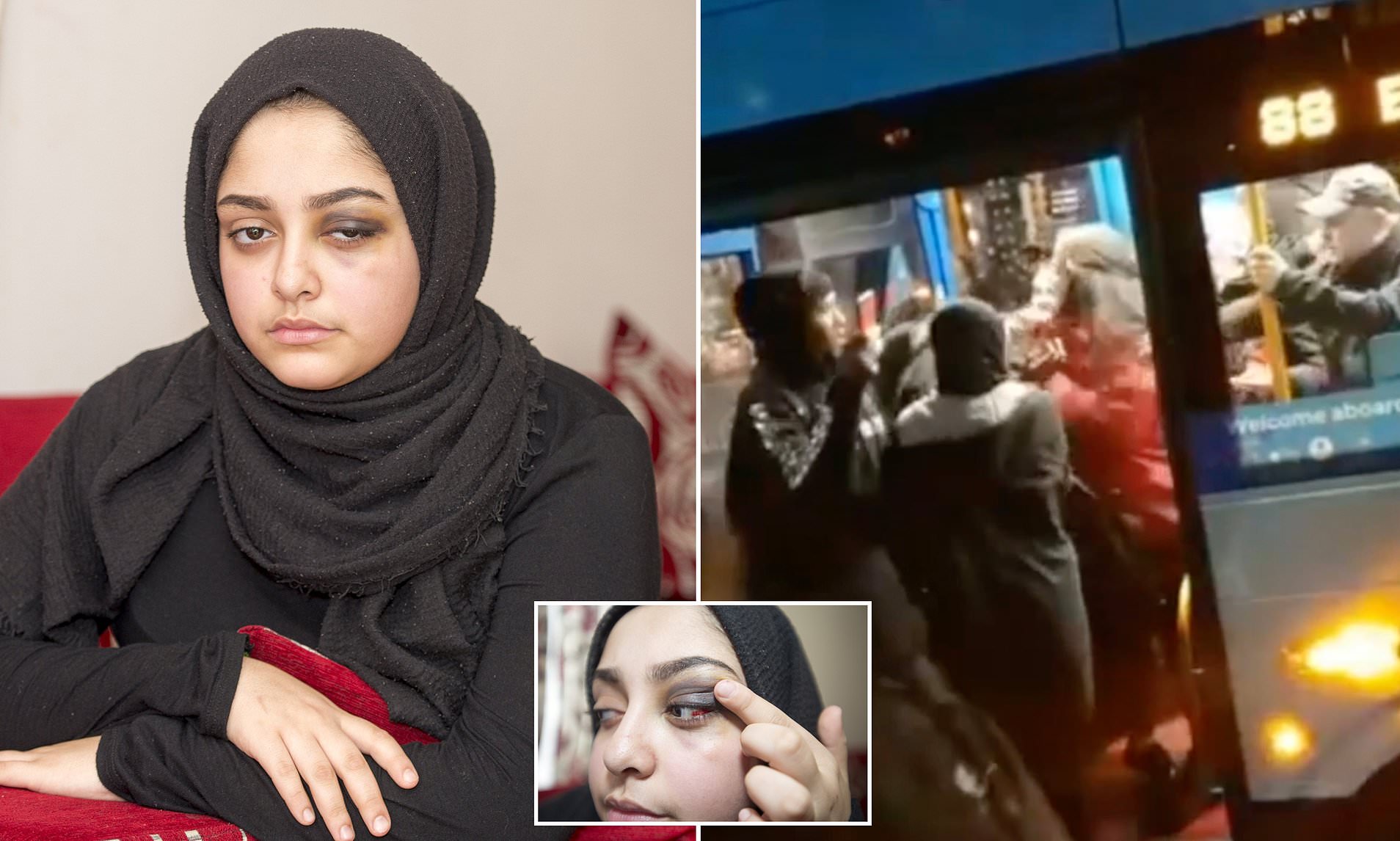 On the 4th of December, 14-year-old Muslim schoolgirl, Redena Al-Hadi, was assaulted on a bus in Sheffield while on her way home from school. Her attacker, a 40-year-old woman, was let off with a mere caution after the assault, which left the schoolgirl with heavy injuries and the fear of leaving her house and re-encountering her attacker.

The incident was said to have occurred at around 4:30 pm when Redena, her younger sister and her friends were attempting to board the single-decker bus in Sheffield. Violence broke out when a 44-year-old man, who is thought to be the partner of the woman, accosted the schoolgirls, who were all wearing a hijab, by mocking their accents, while calling them the n-word. A young bystander, who appeared to be a schoolboy, attempted to defend the girls but was then allegedly punched by the woman.

Redena then defended her friends from the racial abuse and tried to leave the bus along with her friends. It is at this moment; the 40-year old woman started shouting racial slurs and approached the schoolgirl, telling her that her ‘hijab was making her sick’ before launching the appalling attack.

Footage capturing the sickening moment showed the woman pummel the schoolgirl to the floor while repeatedly punching her in the head. Horrified onlookers, mostly school children, tried to intervene but were met with threats of violence. An individual can be heard in the background, clearly distressed, saying: ‘She’s a f****** child’.

Redena can be heard screaming in the video as she is shoved off the bus and into the street before the woman uses the schoolgirl’s hijab to choke her while she is pinned to the floor. As a result, Redena was knocked unconscious for 30-seconds in the attack due to the force of her head hitting the floor.

Shortly after the attack, Police were called to the scene, where they initially arrested the 40-year-old woman and the 44-year-old man on suspicion of aggravated assault and public disorder offences.

However, some 24 hours after the police made the arrests, it emerged that the woman was shockingly let off with a just a caution. Despite the clearly racist and Islamophobic intent behind the assault which left Redena with a heavily bruised cheek and a potentially fractured eye socket pooled with blood.

Redena’s mother received a text from a neighbourhood support officer which partly read, “The lady who assaulted you admitted what she had done and has been given a police caution as this was her first offence. This mean she admits being guilty and if she gets in trouble again is likely to be sent to court”.

Shocked by the decision, Redena was quoted as saying, “It makes me feel sick and scared. I don’t want to go to school. How can an adult attack a child for wearing a hijab? I was a young girl trying to go home. It makes me feel so targeted. That is who I am.

“When she was strangling me, I thought I was going to die. She shouldn’t be on the streets. She could do this to another Muslim. I am now too scared to leave my house”.

MEND thus calls upon policymakers to commit to a review of the 2006 Racial and Religious Hatred Act with a view to strengthening legal protection afforded to religious communities.