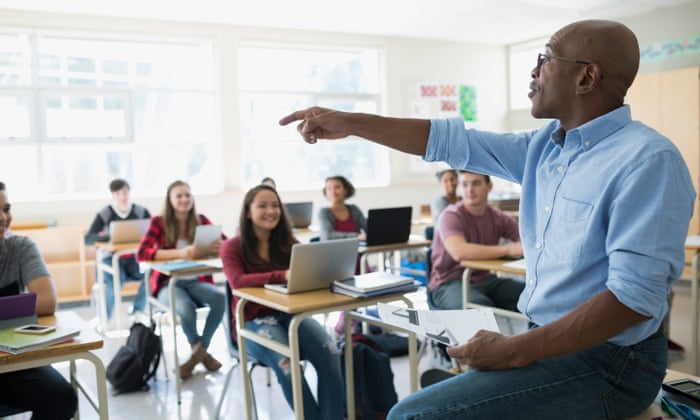 A new report produced by researchers from University College London (UCL) has found that nearly half of all schools in England have no teachers from Black, Asian, or minority ethnic (BAME) backgrounds.

This finding is made more worrying when considering that those in leadership positions are almost always white, even where the workforce may be diverse. The report highlights why it is crucial to create a comfortable environment of learning, whilst also asserting the need to root out institutional racism.

Teachers from BAME backgrounds face institutional racism at work, and this often manifests itself in the form of having to overcome additional hurdles compared to those that their white peers may face. Indeed, BAME teachers, the UCL report finds, “had the same high levels of workload as all teachers, plus an additional ‘hidden workload’ of coping with racism.” Examples of the types of racism teachers from these backgrounds have to cope with are detailed in a NEU (National Education Union) report on the impact of racism on BAME teachers. The report attested to how BAME teachers are traditionally given stereotypical responsibilities that tend to be racialised (such as behaviour management responsibilities or oversight of Black History Month for example) in place of more intellectually demanding roles, and are often considered to be “troublemakers” or “aggressive” when challenging decisions. Inaction and systemic failure to address experiences of racism towards teachers provides fertile ground for such discrimination to thrive and continue to replicate.

These examples of racism make the claim made by UCL researchers that “racism is a factor in lower retention rates among BAME teachers” an unsurprising – yet nevertheless worrying – one.

The racism endured by teachers from BAME backgrounds is also overt. The NASUWT found that over half (54%) of the teachers who attended their conference stated that they had experienced verbal or non-verbal racism in the last 12 months. Furthermore, a 2017 Runnymede Trust report also noted that more than twice the proportion of BAME teachers (31%) said they experienced discrimination at work in the past year compared to their white counterparts.

To make matters worse, research has shown that the mechanisms in place to respond to racist incidents are largely inefficient. Nearly half (46%) of BAME teachers have reported not being confident about reporting racial discrimination, racial bullying, or racial harassment to their employer because of a lack of support.

Whilst the above examples demonstrate that there are severe problems of racism facing teachers, having a robust reporting system which dutifully considers concerns raised by BAME teachers would be a fundamental first step in confronting and tackling such discrimination.

Racism faced by teachers is just one of the ways racism has embedded itself in education. Statistics released earlier this year reported 496 racism-related temporary exclusions from primary schools in the academic year 2017-18. This was an increase of more than 40% from 2006-07 when there were a reported 350 temporary exclusions of the same nature. In 2017, Childline reported that it had held over 2,500 counselling sessions over the last three years for children concerned about race and faith-based bullying. Alarmingly, they noted a sharp increase in calls following the attacks in London and Manchester in the same year. Children as young as nine reported being called terrorists, enduring abuse, and threats of violence.

Furthermore, the Islamophobia Response Unit (IRU) at MEND has received numerous reports of racist and Islamophobic abuse in primary schools over recent years.  One such case involved a four-year-old student who was physically and verbally abused by another student at his Primary School. His abuser would punch and kick him while saying statements like “Muslims are not good”. Incidents of identity-based bullying are likely to stifle the attainment potential of students and subsequently affect their future life chances. Indeed, the NSPCC has stated that the effects of bullying, including identity-based, can last into adulthood and in the short term it has driven children and young people to self-harm, and tragically even to commit suicide.

The fact pupils are being victimised on the grounds of their identity suggests how it is important for pupils at schools from BAME backgrounds to see themselves represented in their teachers, and find comfort and strength in their identity as a result.

Ultimately, while overt racism causes unequivocal and unquestionable harm, the peril of covert and institutional racism must also be recognised to evade the normalisation of disadvantage that excludes BAME individuals from the full enjoyment of rights and opportunities on an equal footing with other members of society.

In light of the above, MEND calls upon the government to: